The stories of the Metromen, migrants on 290 euros a month: but the important thing is to survive

Kind, helpful, ready to respond to tourists' requests for help: they are the "men of the subway" and have become an "attraction" in Doha 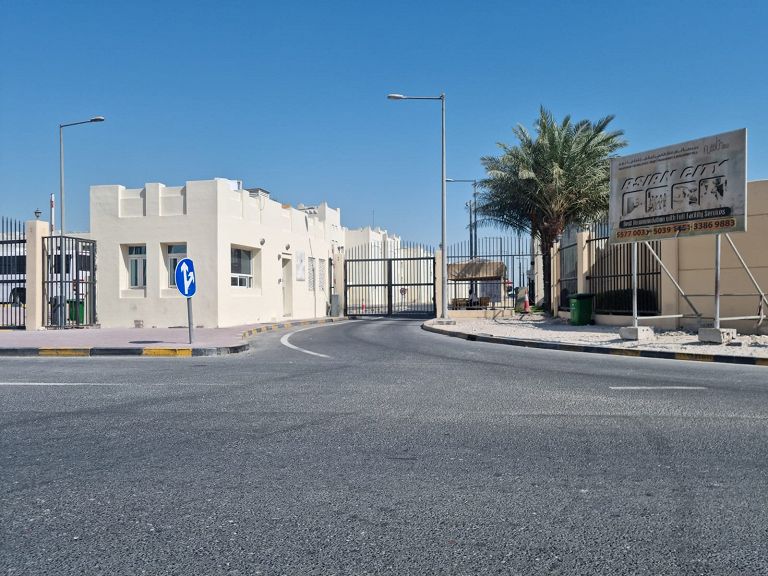 You recognize them because they have a yellow bib.

A big cardboard hand to point the way.

And above all because their voice precedes them: “Metro, this way!

They are always kind.

Ready to respond to the request for help from tourists moving from one part of Doha to another.

By now everyone knows them as “metromen”.

They are on every corner.

And they were hired for the World Cup in Qatar simply as "human signage" to indicate metro stations.

Somehow they have become an attraction.

Tourists have started filming them with cell phones, taking selfies.

And so some "metromen" have decided to play along.

Perhaps also to make the more than 10-11 hours of daily shift go by faster.

But behind that yellow bib, that big cardboard hand, there are stories, people, who have chosen to come to Qatar to do this job "because it's worse in my country".

For obvious reasons we will not use either their photos.

They told us clearly: “We risk being punished”.

He comes from Ghana.

He arrived here just 1 month ago.

With a 3 month employment contract.

He lives in the Asian City, a maxi settlement built specifically to house some of the migrant workers who arrived in Qatar for the World Cup: the compound can accommodate up to almost 70,000 people and is located exactly in the "Asian Town" of Doha.

It is possible to find supermarkets, clothing stores, a parapharmacy and then at least 4-5 exchange offices, which also provide the service of sending money abroad.

For the Qatari government it is the way to ensure decent housing for workers.

For many observers, however, it is the way to ghettoize them, and keep them at a distance from tourist places.

“In Ghana I was a barber, but I had few customers and then you earn little.

I arrived in October.

To come here, I paid 4,000 Cedi (the currency of Ghana, equal to around 260 euros) to the brokerage agency, which took care of the trip and the visa”.

The great paradox is that the "metromen" can be considered the lucky ones of the great mass of migrants who arrived in Qatar to work.

They are not forced to work in the sun at inhuman temperatures.

I'm not among those who have seen thousands of colleagues die on construction sites to build stadiums.

A 3 month contract in your pocket.

And hope to extend it before the end.

If not, hope I can put the money aside for the brokerage and come back soon.

But at the end of the month I want to send money to my family”.

In Ghana he left behind his wife and 2-year-old daughter.

On the screen of the mobile phone she has her photo of her: she is beautiful, with 2 pitch-colored but very bright eyes.

“Society gives us a place to sleep and eat.

So somehow we work hard to make enough of the pay”.

Pay is at the end of the month.

As soon as they arrived, all of them were given an advance of 100 riyals (26 euros).

After about 3 weeks he still has 30 in his pocket. Some have spent it to buy a data sim card for the mobile phone to be able to make video calls with his family.

But his wife in Ghana doesn't have a smartphone, so she has to wait for her to be with friends to make calls.

So you used the traditional line to hear it, but rarely because it costs too much: almost 3 euros for just 3 minutes.

He has not forgotten the value of generosity for this: he lent 10 riyals to a work colleague who needed it: "When he can, he will give it back to me".

But how are the rooms where you live and how is your day?

“We are four people for each room.

Shared bathrooms with 4 other bedrooms.

They are cleaned every day."

The work shift is 10 hours.

Without any rest days until the end of the World Cup.

The appointment at the entrance to Asian City is at 3 pm. As soon as the 60-seater bus that has to take them to the area where they have to work is full, we leave.

Before 4 so you don't go back to bed.

And there really isn't time to do anything else.

“Because in my country it is worse”.

But you certainly don't live in decent conditions here.

Plus stay away from your family

“But with what I earn here I can take care of them.

Then life is a journey.

And the important thing is to survive”.

The bathrooms of the workers' quarters - World Cup Qatar