Premiere for Fristadstorget's new synthetic ice rink: "It's quite slippery"

During Saturday, there was premiere skating on the new synthetic ice at Fristadstorget in Eskilstuna. - It's not ice, but it's fun, says skater Frjea Berg, 7, after a first ride. 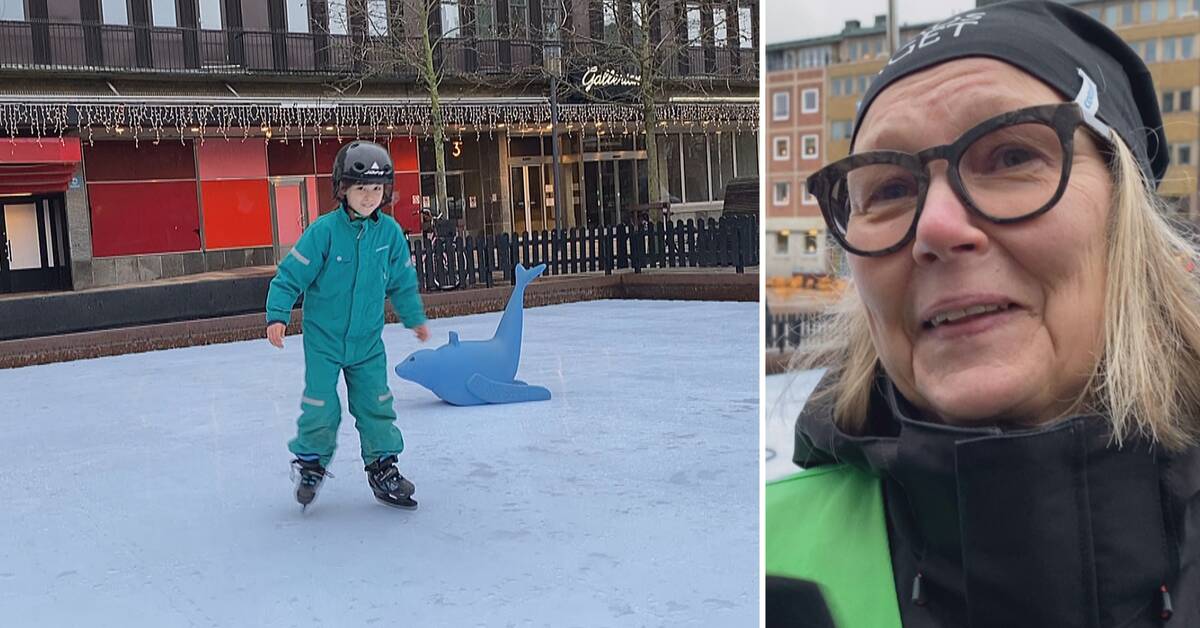 The new synthetic ice will save electricity and lead to the removal of chemicals that were previously used to keep the winter ice on the square frozen.

- And that means that working hours that were previously required to keep the ice going can be removed, says Lena Wansulin, who is the municipality's coordinator for Fristadstorget.

The cost of the new ice, which was just over SEK 250,000 when it was purchased, the municipality expects to recoup quickly.

- Yes, it will probably last for one season, says Lena Wansulin.

Synthetic ice is made of different place layers.

When it gets worn down on one side, it can be turned over to extend its durability.

But how does the ice work - and is it good to ride on?

Watch the clip and you will get the answer.