Parallel to the anniversary of "starving death" in Ukraine.. an international grain summit in Kyiv and Erdogan confirms his country's endeavor to deliver flour to poor countries

The President of Hungary and the Prime Ministers of Belgium, Poland and Lithuania took part in an international grain summit in Kyiv called by Ukrainian President Volodymyr Zelensky, aimed at exporting grain to countries most at risk of famine and drought. 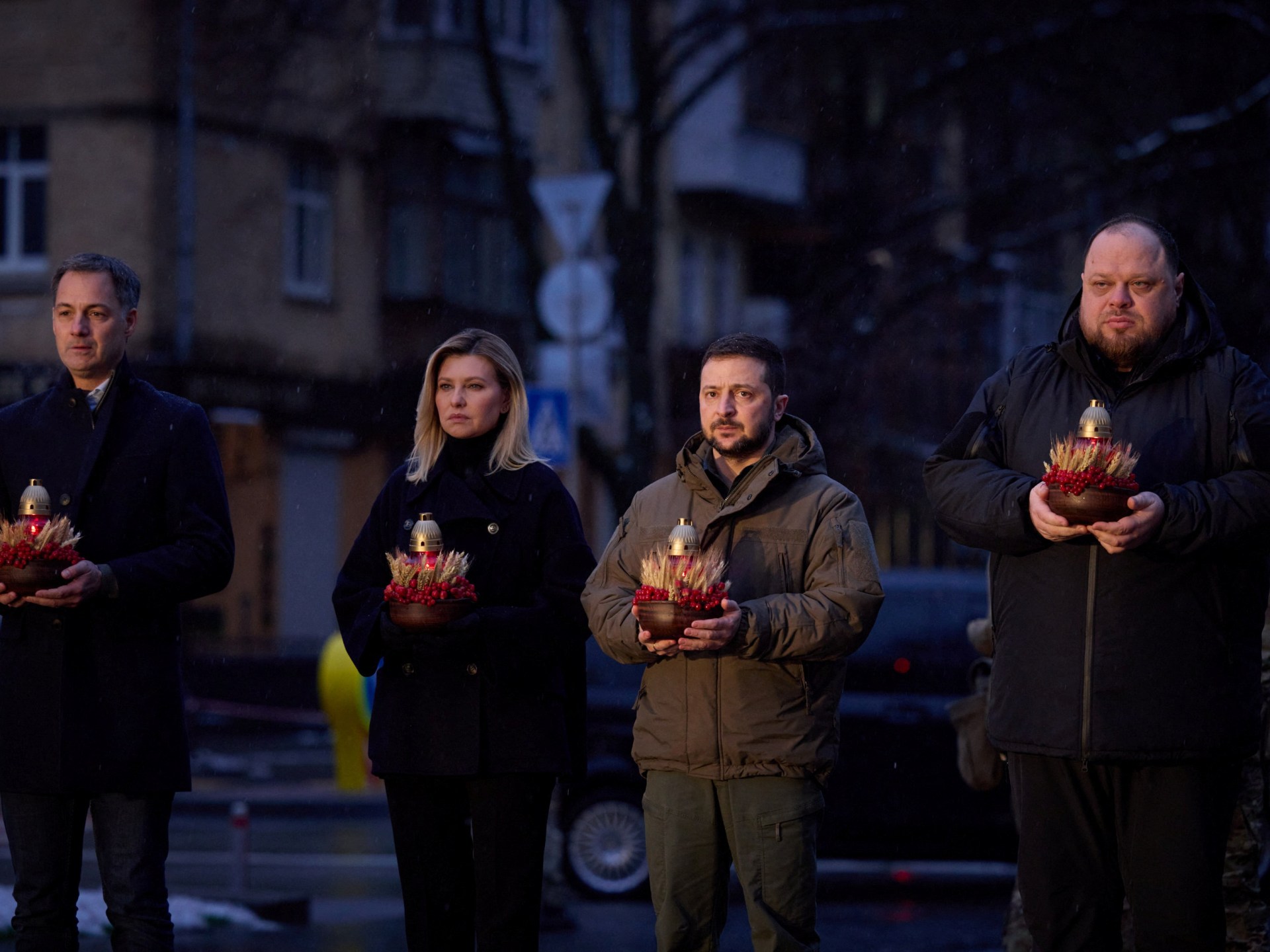 The President of Hungary and the Prime Ministers of Belgium, Poland and Lithuania took part in an international grain summit in Kyiv called by Ukrainian President Volodymyr Zelensky, aimed at exporting grain to countries most at risk of famine and drought.

Zelensky said that his country has collected about $150 million from more than 20 countries and the European Union to export grain to countries such as Ethiopia, Sudan, South Sudan, Somalia and Yemen.

He added that Ukraine plans to send at least 60 ships from Ukrainian ports to countries most at risk of famine and drought.

He noted that through these joint efforts, millions of people in poor countries in Africa and Asia will be saved from hunger and related social disasters.

He stressed that Ukraine has always been and will be the guarantor of global food security, and even under the harsh conditions of war, the Ukrainian leadership is working for global stability.

For his part, Turkish President Recep Tayyip Erdogan said that his country is currently working to deliver flour to poor countries from the grain it gets through the grain agreement.

This came at a conference of the ruling Justice and Development Party, on Saturday, in Konya, central Turkey.

Erdogan indicated during a conference of the ruling Justice and Development Party that Turkey has no concern about securing energy in the winter, as is the case in Europe.

On November 17, Turkish President Recep Tayyip Erdogan announced the extension of the grain agreement for 120 days, starting from the 19th of the same month.

On July 22, Turkey, the United Nations, Russia and Ukraine signed an agreement in Istanbul to resume grain exports from 3 Ukrainian ports on the Black Sea, which were suspended last February due to the Russian-Ukrainian war.

On the other hand, Ukraine accused the Kremlin today, Saturday, of reviving the "genocide" method used by former Soviet President Joseph Stalin, at a time when Kyiv commemorates a famine that claimed the lives of millions of Ukrainians in the winter of 1932-1933 during the Soviet era.

The commemoration of the famine, known as the Holodomor, comes as Ukraine struggles to fend off Russian forces and deal with widespread power outages caused by air strikes that Kyiv says are aimed at breaking the people's will to fight.

Ukrainian President Volodymyr Zelensky wrote on the Telegram application, "Once they wanted to destroy us with hunger, and now with darkness and cold ... we are unbreakable."

Holodomor, which means "starving death", has occupied a central place in the collective memory of the Ukrainian people since the Maidan revolution in 2014 toppled a Russian-backed president and raised national consciousness.

In November 1932, Soviet leader Joseph Stalin deployed police forces to confiscate all grain and livestock from newly-communist Ukrainian farms, including the seeds needed to germinate the new crop.

"The Russians will pay for the murder of all the victims of the Holodomor and will be held accountable for today's crimes," Andrei Yermak, chief of staff to the Ukrainian president, wrote on Telegram.

In a statement on Saturday, the Ukrainian Foreign Ministry accused Moscow of reviving the methods of the 1930s.

"On the 90th anniversary of the Holodomor that took place in 1932-1933 in Ukraine, the Russian genocidal war pursues the same goal as during the 1932-1933 genocide: the elimination of the Ukrainian nation and its state," the statement read.

Moscow denies that the deaths were the result of a deliberate genocidal policy, and says Russians and other ethnic groups have also suffered famine.

Ukrainians usually commemorate the famine on a day set after the country gained independence from the Soviet Union in 1991, the fourth of November, by placing candles on windows.