The Yemeni government has confirmed the existence of new means to secure crude oil export ports and oil installations that are subject to terrorist attacks by the Houthi militia, including preventing dealing with entities and persons affiliated with and dealing with the militia, in implementation of the decision to classify it as a "terrorist group". 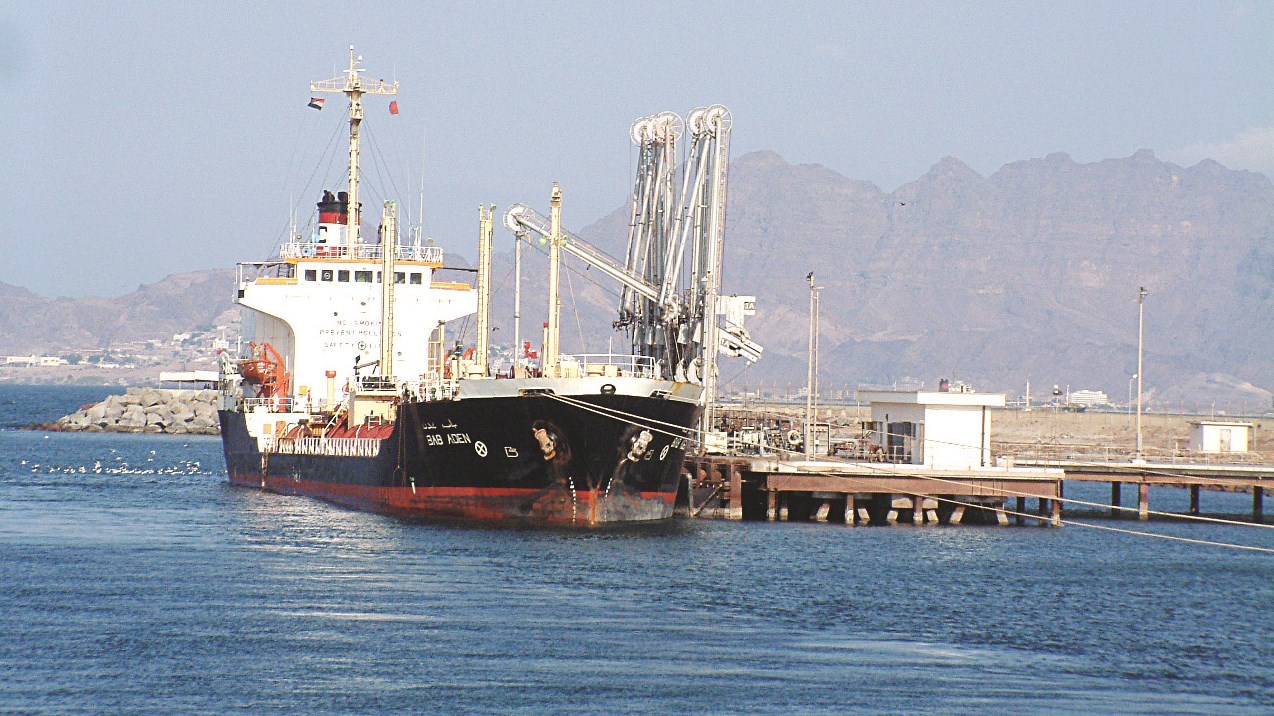 The Yemeni government confirmed the existence of new means to secure crude oil export ports and oil installations that are subject to terrorist attacks by the Houthi militia, including preventing dealing with entities and persons affiliated with and dealing with the militia, in implementation of the decision to classify it as a "terrorist group".

Yemeni Prime Minister Maeen Abdul-Malik confirmed, in press statements, the existence of new means to secure the ports for exporting crude oil and facilities in order to preserve the capabilities of the people, and that there is no peace with the Houthis unless oil installations and interests and international navigation are secured.

The government approved urgent military, security and intelligence plans to confront the Houthi escalation towards economic interests that serve all members of the Yemeni people, and the threat to international navigation in Yemeni territorial waters.

This comes at a time when the Houthi militia continued its attacks with explosive-laden drones, targeting economic and military interests in Hadramout governorate, where it bombed a military site of the 23rd Brigade of the First Military Region in the "Al-Alam" area of ​​Al-Abr district, killing two soldiers and injuring three others. .

The attack comes 48 hours after its attack with marches, targeting the Al-Dhaba oil port, east of the city of Mukalla, the center of Hadramout governorate.

While a member of the Presidential Leadership Council, Brigadier General Tariq Saleh, said that the Houthi militia is exploiting the file of prisoners and detainees to achieve political gains, the militia accused the UN envoy to Yemen, Hans Gardenberg, of misleading and jumping out of commitments, on the background of his talk about the Houthi attacks against oil facilities and ports in Hadramout and Shabwa. In his last briefing to the Security Council.

Houthi media quoted the Ministry of Human Rights in the government of Sana'a, which is not recognized internationally, as saying that the envoy misrepresents the facts about the attacks that affected ports, facilities, and ships and threatened navigation in Hadramout and Shabwa, which were claimed by the militias themselves in clear contradiction in their statements.

On the other hand, the first flight landed on the runway of Mokha International Airport today, Thursday, coinciding with the inauguration of the member of the Presidential Leadership Council, Brigadier General Tariq Muhammad Abdullah Saleh, the second phase of construction at the airport.

A navigation source at the airport stated that a United Nations plane landed at the airport runway, after taking all safety and security measures, and making sure that communications and air navigation equipment are ready.

The source confirmed that the airport is ready and tested to receive all flights of international organizations and relief organizations, and it will be fully equipped for commercial flights once the second phase works are completed.

The second phase of the Mokha International Airport project includes the construction of a passenger terminal and the establishment of a control tower, in order to stimulate air traffic through the airport, so that it begins to receive and assign passengers via commercial flights.