World: Uruguay and South Korea remain silent for their entry

Despite the presence of scorers Luis Suarez and Son Heung-min, Uruguay, quarter-finalists of the last edition, and South Korea drew 0-0 on their debut in the World Cup-2022… 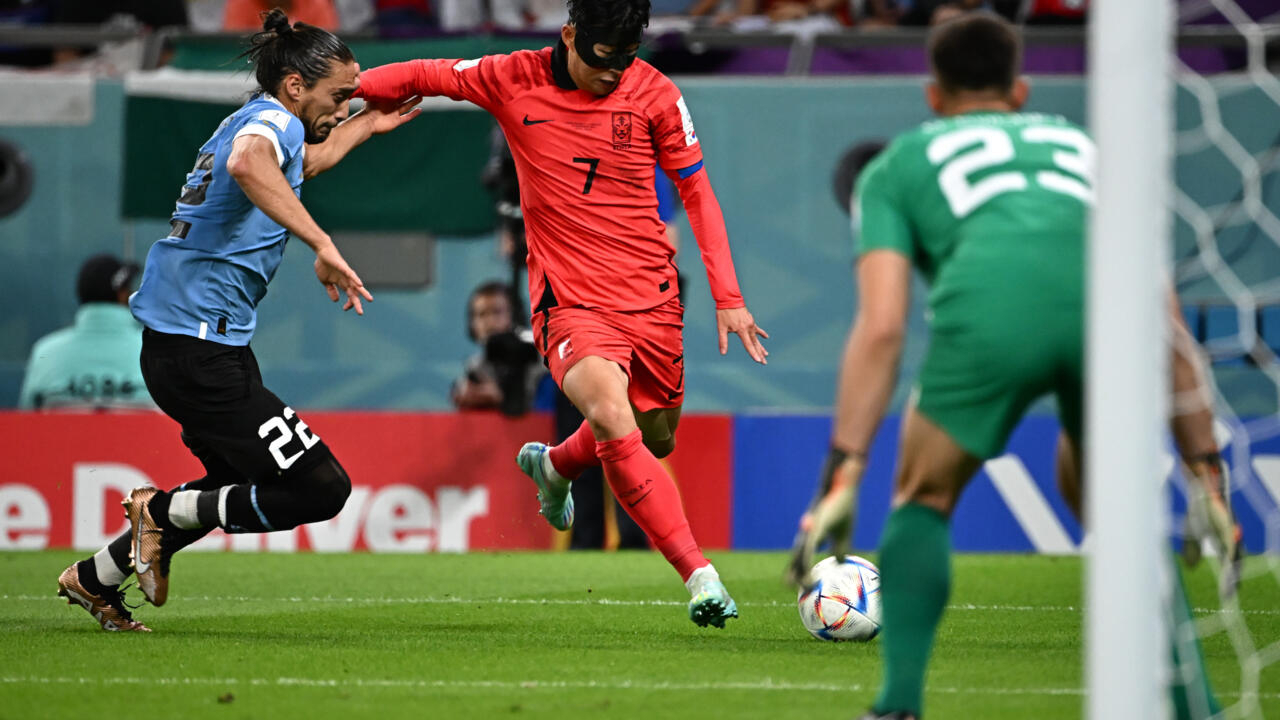 Author of a double in the round of 16 which had opposed the two teams at the World Cup-2010 (2-1), Luis Suarez this time remained silent.

During this balanced and lively match despite the absence of goals, the Celeste striker, 35, was even very discreet and replaced in the 64th minute by Edinson Cavani, also 35.

Hit in the right ankle three weeks before the World Cup, the former center forward of Paris SG and Manchester United, now in Valencia, had started on the bench.

Victim of a broken left eye during a Champions League match against Marseille in early November, South Korea's star striker Son Heung-min was a good starter.

Recently operated on, the Tottenham striker wore a protective mask.

Very prominent at Real Madrid since the start of the season (8 goals and 4 assists) Federico Valverde got the first Uruguayan chance after a start dominated by the South Koreans, but his attempt went over the top. South Korean cage (19th).

Liverpool striker Darwin Nunez, deceived by the rebound, missed his recovery (22nd), then could not conclude a counter after a badly dosed pass from Mathias Olivera (27th).

The most dangerous action finally came from a defender, Diego Godin.

At the age of 36, the most capped of the Uruguayans (160 caps), made his science of heading the game speak on set pieces, but the post rejected his attempt (43rd).

On returning from the locker room, the South Korean supporters had a little scare when Son was hit in the right heel by Martin Caceres, warned after this gesture (57th) by the French referee Clément Turpin.

The striker of the "Taeguk Warriors" was however able to resume the game. Mute like Suarez, he was however a little more active during this match.

Well shifted by Cavani, the Liverpool striker then saw his powerful shot miss the goal (81st).

A header from Cavani suffered the same fate (86th).

The final minutes were animated by two very strong balls on each side, that of Valverde, repelled by the South Korean left upright (89th), then that of Son, passed to the right of the Uruguayan goal (90th).

The Uruguayans, including four players playing their fourth and likely last World Cup (Suarez, Cavani, Godin and Muslera), will have to react during the clash against Portugal Cristiano Ronaldo on Monday.

For its part, South Korea, which hopes to pass the first round, unlike the last two Worlds, will be opposed to Ghana.