Self-service scooters will be "registered" in Paris

Self-service scooter operators, who are trying to save their place in Paris, announced Thursday that they were going to equip their vehicles with a license plate to facilitate verbalization... 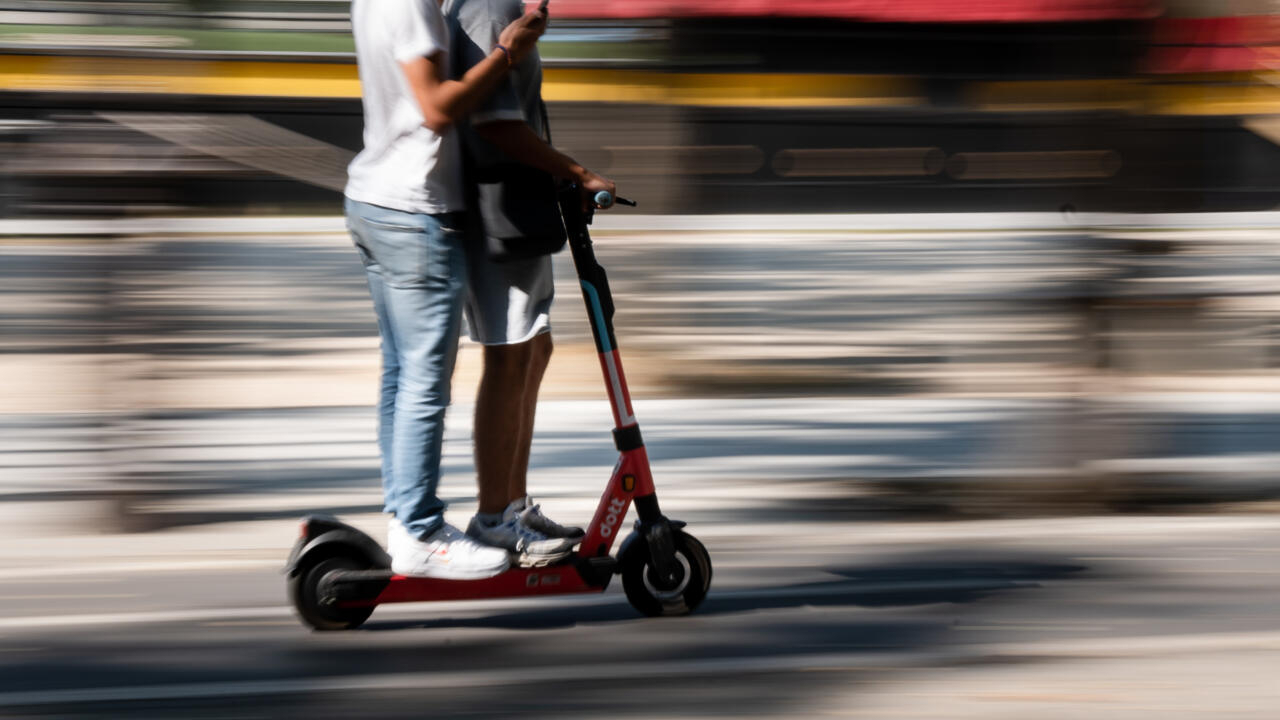 At the end of September, the capital's town hall threatened Lime, Dott and Tier not to renew their contract in February 2023.

Between accidents and users traveling in pairs or on the sidewalks, strewn with badly parked scooters, Paris is wondering about the "cost/benefit ratio" of scooters, as well as their "environmental cost", had indicated David Belliard, l Assistant for Mobility and Roads.

The three operators defended their role Thursday at a press conference, publishing the eleven proposals made to the municipality to strengthen the safety of users and pedestrians and better integrate the machines into the public space.

The 15,000 Parisian scooters will thus be equipped with a license plate on the rear mudguard, as in Grenoble or in Germany, and the operators propose to finance an experiment in video-verbalization.

According to them, this small plate could help the police, who are increasingly controlling users of "soft mobility", to better verbalize the crazy people on the scooter.

These will also be excluded from the applications.

The ban on scooters for minors, which until now was based on a simple declaration, is reinforced: Dott, Lime and Tier now ask their customers to scan their identity card.

They will also increase by 20% the number of patrollers responsible for repositioning parked scooters.

The three operators highlighted the many improvements made to scooters since the chaotic arrival of these machines in Paris in 2019. They must now be parked in dedicated spaces, their speed is limited to 20 km/h everywhere in the city, and 10 km/h in 700 dense areas.

Paris, "the most important city in the world for micromobility", would choose to go back if it banned scooters, assured Lime boss Wayne Ting, who had made the trip from California.

"We are part of the solution" and "we continue to improve every day", he pleaded.

"No, scooters are not more dangerous than other means of transport", launched Henri Moissinac, co-founder of Dott.

He points to "other personal vehicles not supervised, not controlled, not restrained", such as personal electric scooters or scooters, which would create more chaos.

According to figures from operators, scooter users are rather young (33 years old on average) and local (85% residents of Greater Paris).

The mayor of the 6th arrondissement Jean-Pierre Lecoq (LR) welcomed Thursday the strengthening of the ban on minors.

"It is now up to the authorities to really enforce the rules of the road, by sanctioning all inappropriate behavior," he said in a statement.