The Russian Parliament has accepted in the third and final reading important amendments to the law against LGBT+ propaganda. MEPs have agreed to toughen the already disputed law of 2013… 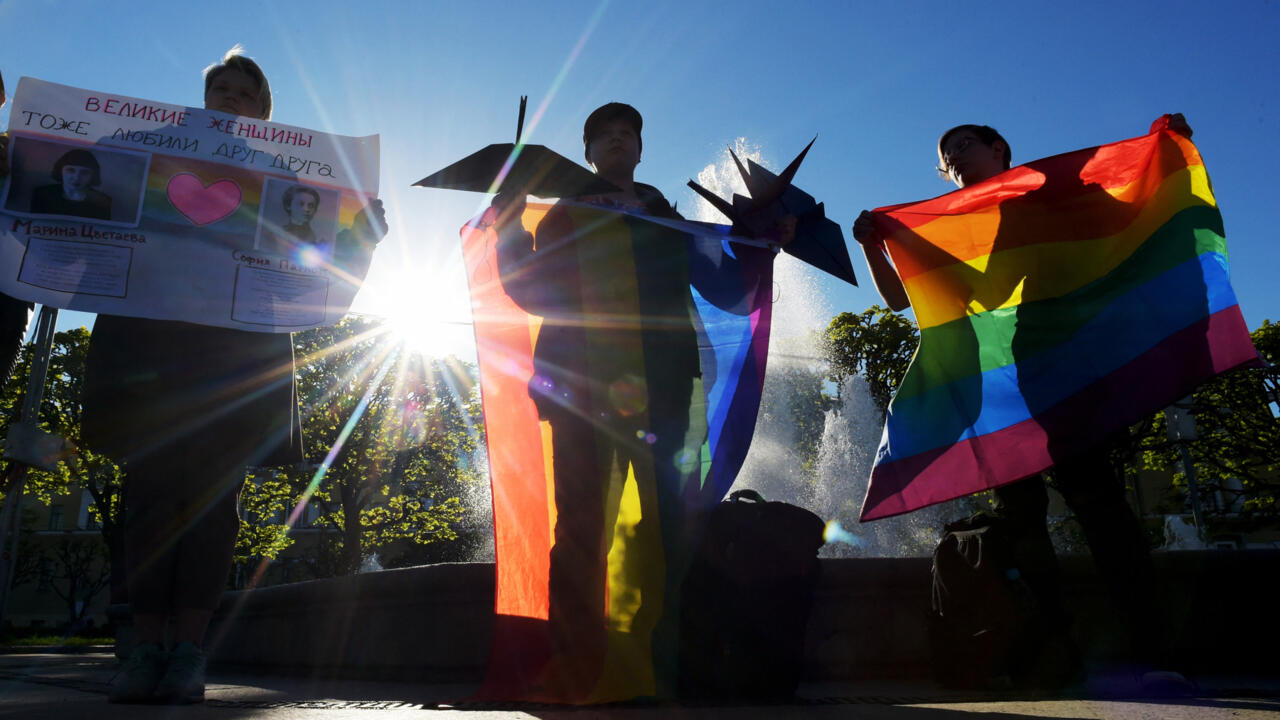 Activists on the World Day Against Homophobia and Transphobia in Saint Petersburg in May 2019 (photo illustration).

The Russian Parliament has accepted in the third and final reading important amendments to the law against LGBT+ propaganda.

MPs agreed to toughen the already contested 2013 law as authorities made a conservative shift that goes hand in hand with the special operation in Ukraine.

The promotion of “unconventional” relations, as the Kremlin coyly calls them, will henceforth be prohibited to all audiences in the media, on the Internet, in books and in films.

This broadening of the ban, no longer to the public sphere alone, but to clearly identified media, marks a clear hardening of Russian policy towards sexual minorities.

No doubt the way to reaffirm with greater force the role of the Kremlin, and of Russia, in the defense of traditional values.

Values ​​attacked, according to Vladimir Putin, by a decadent West plagued by woke ideology.

For the Russian minorities, it is the very broad interpretation of the word “promotion” that poses a problem and exposes them to arbitrariness, knowing that they are already victims of strong discrimination.

But for Vyacheslav Volodin, the speaker of the Duma, the lower house of the Russian Parliament, the purpose of this new law is to protect the children and the future of Russia against "

the darkness spread by the United States and the European countries

Violators will be punished with a fine of up to 160,000 euros, knowing that the average salary in Russia is slightly less than 750 euros per month.

►Read again: Russia: after the ban on same-sex marriage, consternation among LGBT couples