In the final, Ghana risks the coup: Diego Costa risks combining an omelette on the pressure of Inaki Williams who is unable to mock him, slips at the most beautiful moment and wastes the chance for a sensational 3-3 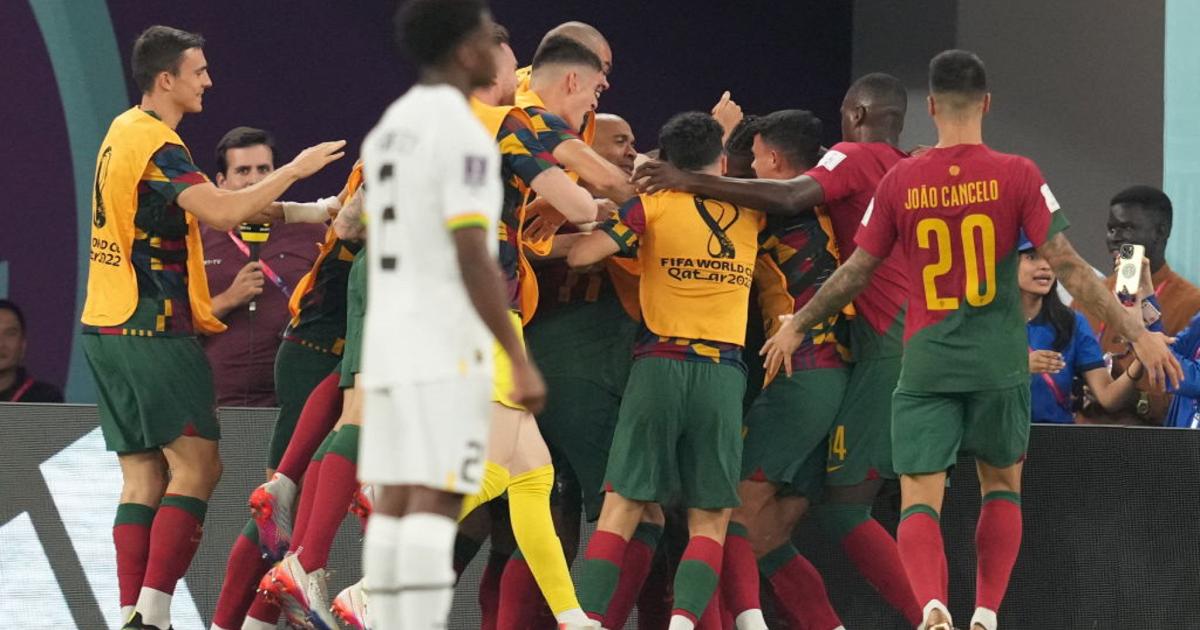 Portugal beat Ghana 3-2 in the match valid for Group H of the World Cup in Qatar.

It all happens in the second half.

Despite a lot of effort and little football shown for over an hour of play, Portugal begin their journey to Qatar 2022 with a 3-2 success against a never tame Ghana.

with a penalty, hitting the record of at least one goal in five different World Cups, then

(first goal for the national team) bring the Lusitanians back forward.

's other African goal was of little use .

Santos' team thus rises to first place in Group H, after the draw gained in the other match between Uruguay and South Korea.

As expected, it is the Portuguese who play the game, controlling ball possession and looking for an opening to hurt the opposing defence.

The first great potential chance came in the 10th minute on Ronaldo's feet, who unusually badly controlled a pass after a ball dropped by the Ghanaians, effectively wasting a huge chance all alone in front of Ati-Zigi.

CR7 himself tries again a few minutes later, this time with a header, flying into the sky on a cross from the left but without framing the mirror of the goal.

These are in fact the only rings from a Portugal that fails to ignite even at the start of the second half, risking Ghana's first real attempt by Kudus in the 55th minute, slightly inaccurate with a left-handed shot from distance.

In the 62nd minute, however, the Lusitanians found the episode to unlock a tough game: Ronaldo went down in the area in contact with Salisu, the referee whistled the penalty and the former Manchester United coolly made it 1-0.

The match uncorked and not even ten minutes later the African national team put everything back in balance with Andre Ayew, who put in the 1-1 from a few paces after a pass from Kudus left there by Pereira.

The waltz of emotions continued a little later, Portugal immediately went ahead with Joao Felix in the 78th minute and a couple of minutes later extended to 3-1 with Milan player Leao, who had just entered the field.

In the final, Ghana tries to get back in the running shortening with Bukari, then right at the last moment (there will be 10 minutes allowed) Diego Costa risks combining an omelette on the pressure of Inaki Williams, who fails to mock him at the most beautiful moment, slips and wastes the chance for a sensational 3-3.

The difference on the pitch is clear, beyond the final result.