The new dam at Hyndevad outside Eskilstuna will make it easier to regulate water flows between Hjälmaren and Mälaren. It must also be better equipped for future challenges linked to climate change. 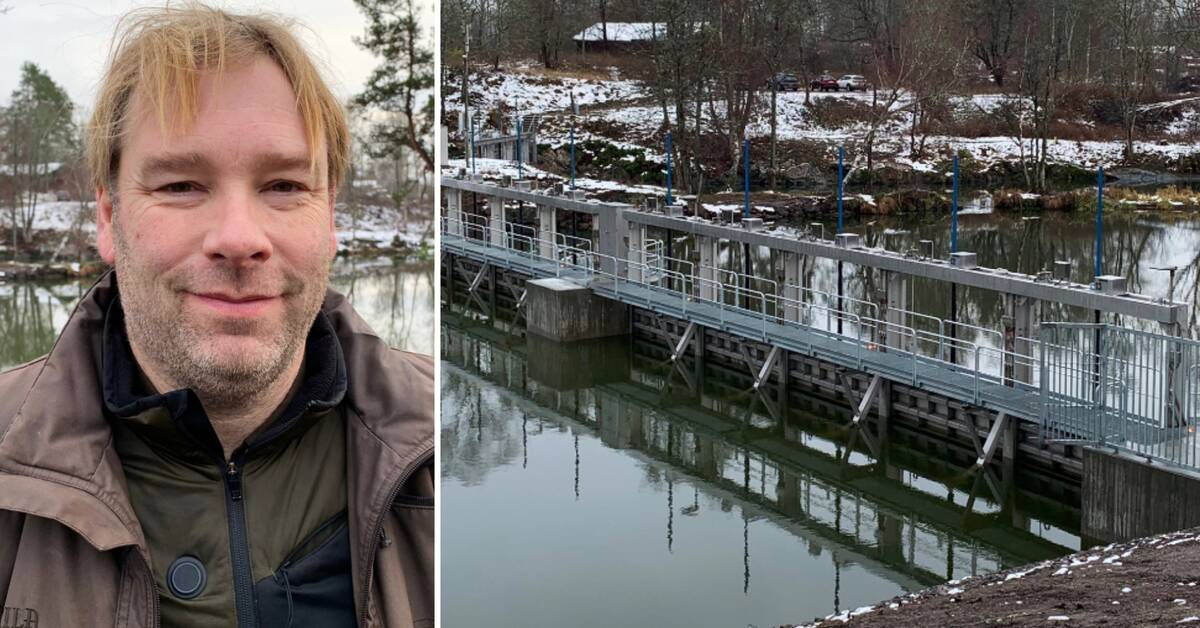 The original Hyndevad Dam was built over a hundred years ago.

At the time, the construction consisted of wood, but now the thirty-six dust hatches from the end of the 19th century have been replaced by thirteen remote-operated automatic hatches in stainless steel.

The project to renovate the Hyndevads dam has been divided into two stages and has included both a small and a larger dam.

The smaller one was completed last year, and one of the reasons for the modernization was that the older construction had problems with leakage - and that the sluice gates were poorly anchored.

- The old ones were bolted to the rock and there were quite a lot of cracks underneath, which means that there is a leak under the dam.

So the new ones are milled down, cast in place and anchored four meters down into the rock, says project manager Carl von Celsing from Hjälmaren's water association.

The idea is that the new dam should be better adapted to be able to regulate the water levels in Hjälmaren for a long time to come.

- We are ready for at least the next hundred years with a little more capacity to meet the changing climate, says Carl von Celsing.

Hear more about how a changing climate affects the water level in Hjälmaren and watch Carl von Celsing show off the new dam in the clip.