Male violence against women: Saturday 26 November in the square in Rome with Non Una di Meno

Appointment at 2.30 pm in Piazza della Repubblica. The procession will parade up to Piazza San Giovanni 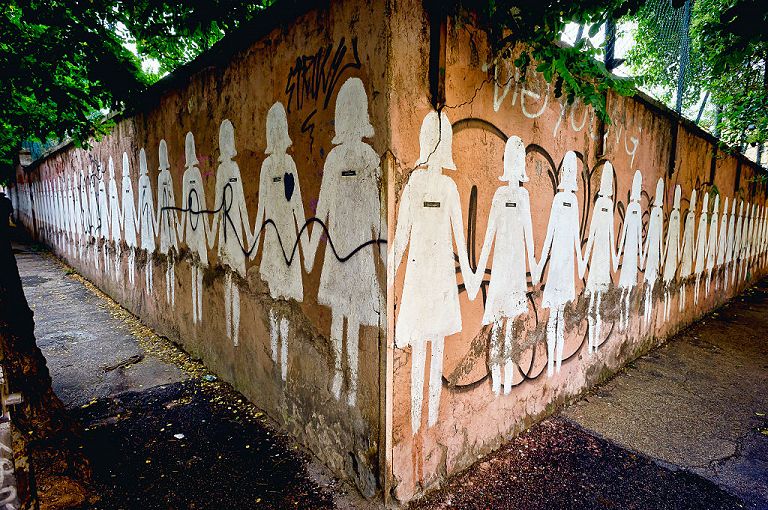 "On November 26th we will take to the streets convinced (*)

which, like every year these days, will be held on Saturday 26 November in Rome.

The demonstration, which will start from Piazza della Repubblica at 2.30 pm, is organized by

and many other realities that work to combat male violence against women join, including the network of anti-violence centers DiRe.

(*) ə is a character of the International Phonetic Alphabet, it is called “schwa” and is used instead of the masculine plural to indicate mixed pluralities containing women and men

, but it is not a private war: it is the terrible and extreme expression of structural violence against women and free subjectivities", continues the statement of Non una di meno He has been claiming that

the murderer has the keys to the house for

war in Ukraine echoes the

that has caused 91 feminicides, lesbicides and transcides in Italy since the beginning of the year

, “a war that involves us and concerns us all.

Violence, mourning, rapes, destruction mark the lives of those who flee and those who stay,

”, continues the press release of Non una di meno, the network that brings together various female and feminist realities at a national level, among Anti-violence centres, trade unions, associations and collectives.

It is the same war that reopens the issue of hospitality in Europe "on an ethnic and identity basis, concealing the reality of the

exploitation of immigration, especially for women

Moreover "it intensifies on the various fronts already open in the world (Afghanistan, Kurdistan, Palestine, Yemen), for the definition of the new world order, affirming

the patriarchal logic of the strongest

, with bombs and the atomic threat, with the authoritarian drift and anti-democratic from East to West”, concludes the press release of Non una di meno.

Antonella Veltri, president of DiRe, Women on the Net Against Violence

DiRe, Women on the Network Against Violence, the network of anti-violence centers adheres to the national demonstration scheduled for Saturday 26 November in Rome, "to reaffirm the need for a general mobilization, in a particularly serious historical moment:

the economic, social, environment linked to the war

and the change in the political framework is worrying”.

can already be glimpsed from the first choices of the government

In her speech on the occasion of November 25, President Meloni did not mention the lives of women who are subjected to abuse and violence every day in Italy, except to refer to those of foreign origin, or abused by men with repressive religious beliefs ”, notes the DiRe network of anti-violence centers in its statement.

The misunderstanding is no longer justifiable

”, comments Antonella Veltri, president of DiRe., supporting the great risk of speaking about violence for what it is not.

Violence against women is studied, recognized, unfortunately it also exists in our homes, in our latitudes, at various levels

The anti-violence centers have to deal daily not only with the scarcity of public resources, but what is most worrying is the attack on autonomy and the attempt to gradually make the feminist political connotations of the anti-violence centers disappear, the attention and the fight against the change of the violent and misogynistic society in which we live.

That's why it's essential to be in the square"

Di.Re, Women on the Network Against Violence, the network of anti-violence centres

Mural against feminicide in Rome