Here, the Gävlebock is being built in its new location: "Don't want it to burn"

During Thursday morning, the Gävlebocken began to be built on its new temporary location in the esplanade in central Gävle. The trestle is expected to be completely ready during Friday. 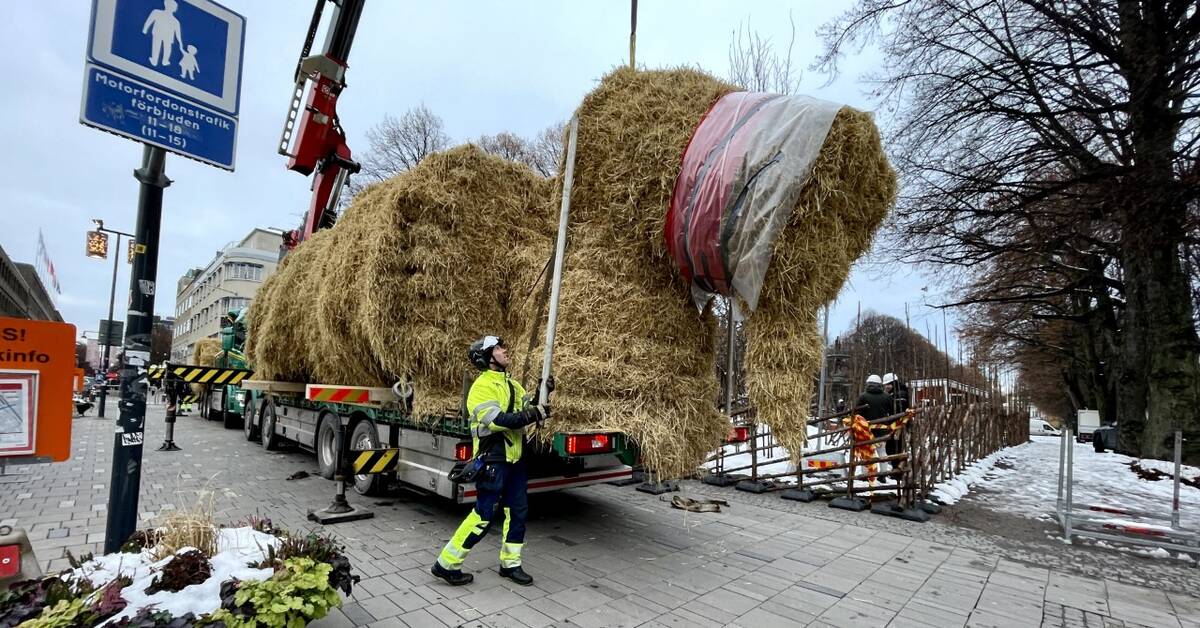 Watch the construction of the trestle in the video above and hear about the new safety mode.

The reason for the new location is the ongoing construction of the new cultural center.

The trestle has been moved closer to the center.

The inauguration on Sunday will also not be the same because it will take place on Stortorget, which is 200 meters from the place where the trestle stands now.

- It will be different, but if you want to see the opening ceremony closer to the goat, there will be a screen here next to the goat, says the goat's spokesperson Anna-Karin Niemann.