It is a document that the International Organization of La Francophonie (OIF) wishes to keep confidential for the moment: the Resolution on crisis situations, crisis resolution and consolidation... 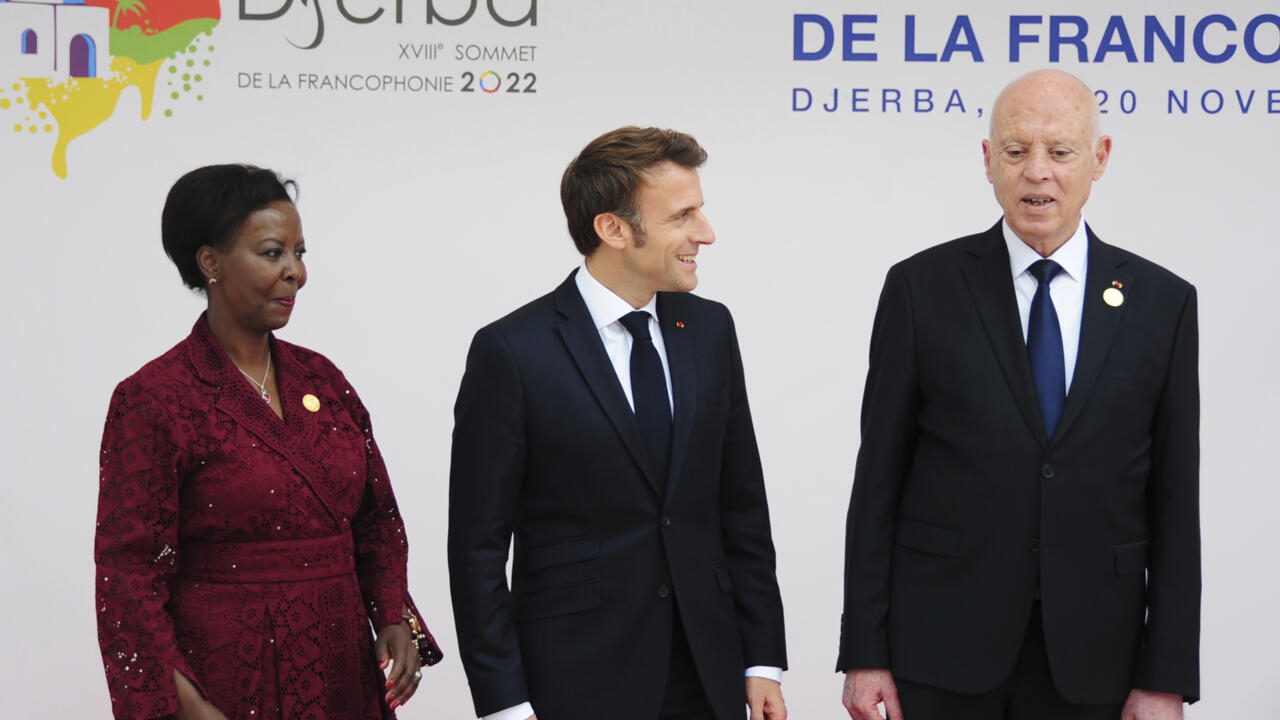 This is a document that the International Organization of La Francophonie (OIF) wishes to keep confidential for the time being: the Resolution on crisis situations, crisis resolution and peacebuilding in the French-speaking world.

The text was adopted at the end of the 18ᵉ Francophonie Summit, organized on November 19 and 20 in Djerba, Tunisia, in the presence of the Heads of State and Government of the Member States.

Exclusively for RFI, Clémentine Pawlotsky, from the Africa service, was able to consult this 7-page document.

It deals with the various crises and conflicts that preoccupy the Francophonie, particularly on the African continent.

Among the theaters of crisis mentioned in this document: the east of the Democratic Republic of Congo.

the resurgence of violence committed against civilians, institutions and Monusco... by the M23... and the many armed groups that have remained active there for several years

strongly any support given to these groups

", without however mentioning any entity or country, and recall that this violence "  primarily

The OIF points, among other things, to the responsibility of the FAMa in Mali

Another country of concern to the Francophonie: Mali, subject to two coups condemned by the OIF, that of August 18, 2020 and that of May 24, 2021. Member States say they are concerned "

in the face of the rapid deterioration of the security situation

They point to a "

significant increase in violations and abuses of human rights

the multiplication of abuses committed against civilian populations by all the armed groups and forces present, in particular by armed extremist groups and by the Malian defense and security forces accompanied by foreign military personnel

The OIF condemns the "disproportionate" use in Chad, urges the return to constitutional order in Burkina

The resolution also returns to “Black Thursday” in Chad.

the disproportionate use of force against civilians during the demonstrations

the new seizure of power by force, perpetrated on September 30, 2022 by part of the army

On this point, La Francophonie urges "

the transitional authorities to do everything possible to create the conditions for a rapid return to constitutional and democratic order within a maximum period of 24 months from July 1, 2022

The OIF also discusses the situation in Guinea

Finally, the document does not fail to mention the putsch of September 5, 2021, carried out in Guinea, by CNRD officers.

the arrest of political and civil society figures in recent weeks, as well as the violence that took place during demonstrations

In this document, the OIF reaffirms its attachment to the “

values ​​of peace and solidarity

The organization also recalls its commitments “

to do everything possible to prevent crisis and conflict situations

to facilitate their peaceful settlement

to respect human rights, essential conditions for improvement of peace and security within the French-speaking world