Corrida: will the debate take place in the arena of the Assembly?

Between tight agenda and parliamentary filibuster, the debate on bullfighting may not come to an end on Thursday in the Assembly, where the proposal of LFI Aymeric Caron to ban this practice… 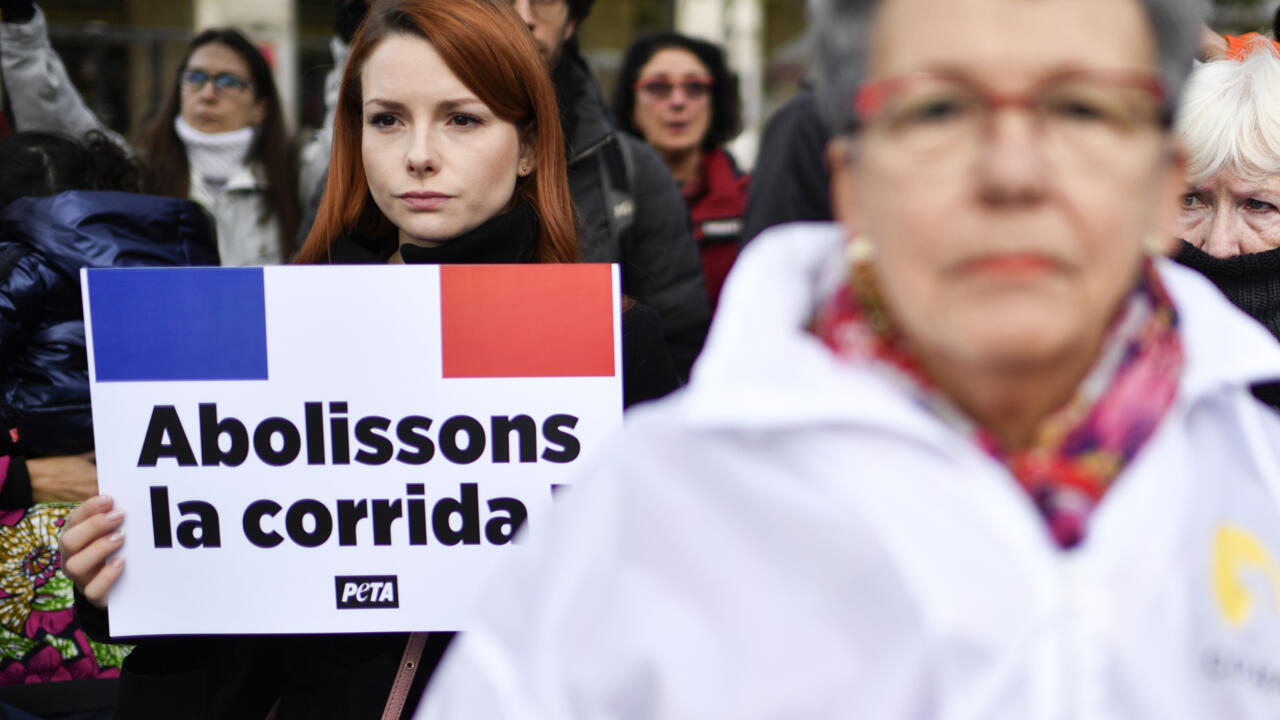 "If this text is not voted on or examined, it would be a shame for the national representation", criticizes the deputy of Paris.

But "the fight" against bullfighting "will continue the next day" with another initiative "which will interest the French", already promises the former journalist.

His bill was rejected for the first time in committee on November 16.

Sometimes heated, the debate between defenders of this "regional cultural tradition" and activists for the animal cause has gone far beyond the walls of the National Assembly, with pro and anti-bullfighting demonstrations last weekend in bullfighting towns and in Paris.

On Wednesday, during a visit to the salon of the association of mayors of France (AMF), President Emmanuel Macron dismissed an immediate ban.

He advocates "conciliation" between "local customs" and "sensitivity" to the animal condition, rather than "invective".

The government also intends to oppose the "radical" proposal of Aymeric Caron in the hemicycle.

But can the discussion take place?

On this day reserved for rebellious texts, bullfighting comes after a sensitive proposal on the constitutionalization of abortion, subject to around 250 amendments.

However, the debates must be interrupted at midnight regardless of their progress.

Despite its unique article, the text against bullfighting is covered with more than 500 amendments, mainly from elected RN and Renaissance officials from bullfighting regions.

"Is this world serious?": Aymeric Caron introduces his bill with the song "La corrida", where Francis Cabrel put himself in the shoes of a bull who "groans" and "succumbs".

The LFI deputy suggests modifying the penal code, which punishes animal abuse, but whose penalties under article 521-1 "are not applicable to bullfights when an uninterrupted local tradition can be invoked".

In his eyes, bullfighting is a "barbarity", an "immoral pleasure" where the animal is "massacred".

Supporters of bullfighting like LR Anne-Laure Blin, on the other hand, claim an "art", a "regional identity", a "popular culture" and praise the "thousands of sanctuary lands" thanks to "the breeding of bulls savages".

Two hundred and eighteen elected officials "of different sensibilities and territories", including the former Macronist minister Christophe Castaner and the boss of senators LR Bruno Retailleau, signed a platform for bullfighting and against "eco-totalitarianism".

In committee, the debate has often focused on the divisive personality of Aymeric Caron, a former TV columnist.

"Caron has tensed the debate instead of calming it, it tenses to give a victory to someone who insults us", loose an elected macronist.

In the different political camps, the subject is embarrassing and the freedom to vote is in order.

On the presidential side, before becoming head of the Renaissance group, Aurore Bergé had signed a platform to ban bullfighting.

But another executive is upwind: Jean-René Cazeneuve, elected from the Gers, a bullfighting land.

"After the bullfight, it will be foie gras, barbecue, snails, oysters (...), we know the animal Caron", he says.

On the far right, where Marine Le Pen regularly displays her sensitivity for the animal cause, the National Rally is divided.

The Gard RN Yoann Gillet directly targets Aymeric Caron in his serial amendments against "seed eaters" and a law aimed at "promoting the career of one man".

While his colleague Julien Odoul supports the ban and "animal welfare", "no matter the author" of the text.

On the right, LR claims for its part rather mainly the "defense of the bullfighting tradition".

On the left, LFI and environmentalists support the ban, like a majority of French people according to the polls.

The PS is divided and the Communists rather against the ban, like the boss of the PCF Fabien Roussel who sees it as a "nice debate on the relationship between man and animal" but "will not vote for the ban ".

If there is a vote.