With a vast majority made up of the two parties that support the Government, their pro-independence, nationalist and nationalist allies, leftist minorities and formations... 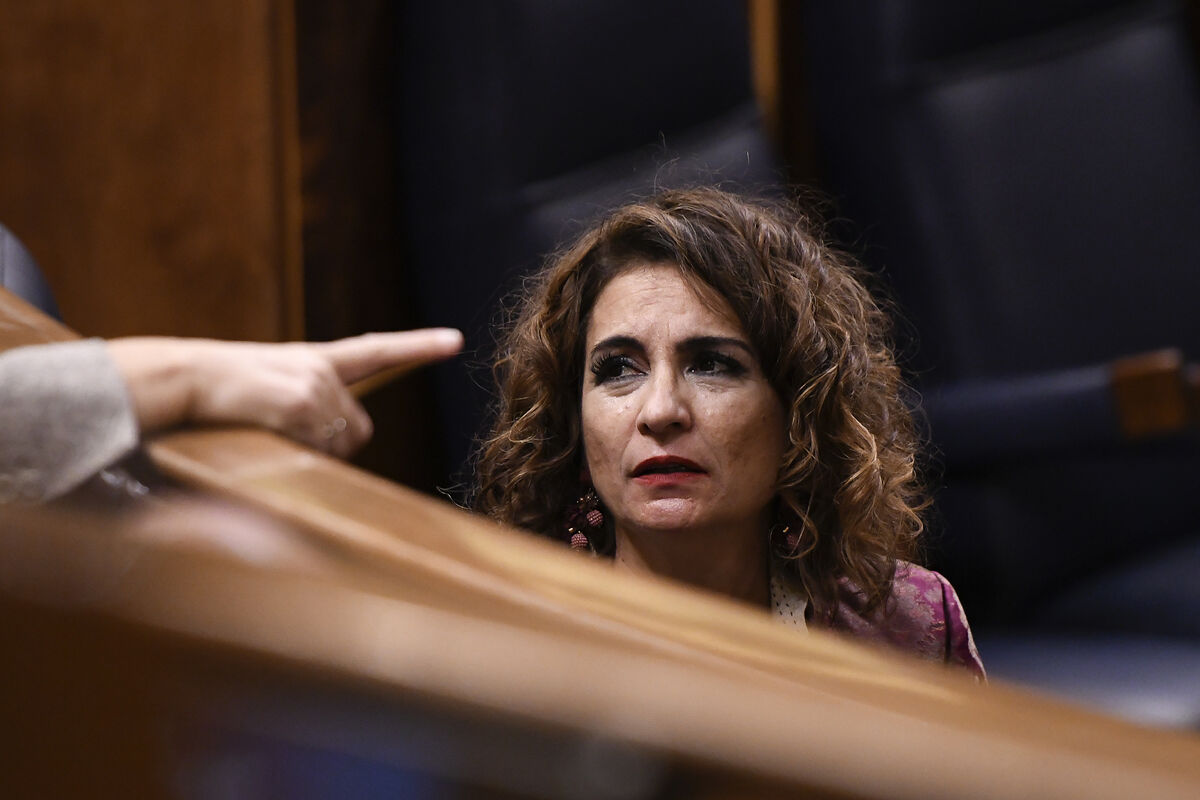 has already agreed to the General State Budget project for the 2023 financial year. Public accounts will now go to the

, a Chamber in which there will be no setbacks, and will be ready for their entry into force on January 1.

With this green light, Pedro Sánchez, who has only gone to the Chamber for the last votes, receives a decisive boost to exhaust the legislature.

The president has managed to carry out his third Budgets with 188 votes in favor, 159 against and one abstention.

In short, they are 21 votes more than the ones he achieved in his investiture debate.

On that occasion the balance was 167 votes in favor, 165 against and 18 abstentions.

The PP, the Forum, the two former UPN deputies, Ciudadanos, Vox, Teruel Existe, CUP and Junts have positioned themselves against.

The BNG has opted for abstention.

The 'yes' has added the same support to that achieved by the 2021 and 2022 Budgets, which accounts for the solidity of the diverse range of groups that the coalition government manages to bring together.

All the formations that have supported the public accounts have obtained cessions from the Government in exchange for their votes.

Mainly those made to the Catalan and Basque independence movement stand out -ERC and Bildu- essential with their 18 votes.

The coordinator of EH Bildu, Aranaldo Otegi, has revealed it black on white.

According to him there would be no "Government of progress in the State" without the support of the leftist forces that want to "leave" Spain.

In the negotiation of the 2022 accounts, the PNV was the group that was awarded the preferred partner label;

in the Budgets for 2023 this medal is hung by the Catalan republicans and the abertzales.

If the concessions had not been made, the majority that today approves the accounts would not have been satisfied because the Budget project came to Congress weighed down by serious misgivings from national and international organizations that have labeled its forecasts as not very credible;

due to the discomfort, which has finally been diluted, of the minority partner of the Executive due to the increase in defense spending and the very deficient execution of the investments committed last year.

The concessions only stopped when the Government found that it already had sufficient support.

That happened at the beginning of the week when they revealed the meaning of their vote Bildu and the PDeCAT.

Thus, for example, the seat of Teruel Existe stopped importing and its demand to lower the prices of companies in depopulated territories by 10 points was not met.

His deputy, Tomás Guitarte, has announced his 'no' this morning.

The same has happened with the BNG.

Their requests for more rail investment in Galicia have been rejected.

His vote, consequently, has been, like last year, an abstention.

The Government has defended its accounts as the most social in history, a flag that all the Executives of democracy have raised when they have publicized their respective budget projects.

On this occasion, spending skyrockets to include the revaluation of pensions according to the CPI and the payment of public debt, in addition to increases in practically all items - dependency, health, education, defense, TVE, CIS...- with notable exceptions, such as the one destined for the Casa del Rey that remains frozen.

The negotiation of the Budgets in Congress has been crossed, complemented and seasoned with other proposals outside of public accounts but which have been decisive when it comes to tilting votes in favor.

the transfer of the powers of Traffic to Navarra, express request of Bildu or the inclusion via amendment in a bill of a new tax on large fortunes, as claimed by the formations located further to the left.

All this has been added to a multiplicity of agreements of an investment nature and transfer of millions typical of budget negotiations.

Thus, the PNV has achieved with its amendments commitments for 80 million;

The approval of the public accounts with the 188 votes that endorse them offer the President of the Government a path, if not expeditious, then quite free of obstacles to reach the elections, first regional and municipal elections in May and, later, the general ones of end of 2023 coinciding with the semester of the Spanish presidency of the Council of the European Union.

It will be then when the endorsement of political management remains in the hands of the polls.

The Budgets that will be in force next year include social spending of 274,445 million euros, including European funds.

If these aids are excluded, the figure stands at 266,719 million.

For policies aimed at youth, 12,741 million are reserved, 13.2% more than in 2022 and this package includes the youth rental bonus of 250 euros or the cultural bonus of 400 euros for those who turn 18 in 2023, in addition to an increase for scholarships.

Special expenses are also contemplated to counteract the high inflation derived largely from the war in Ukraine.

There, measures such as free travel on Cercanías, Rodalies and Media Distancia or the greater resources for the thermal social bonus are contemplated.