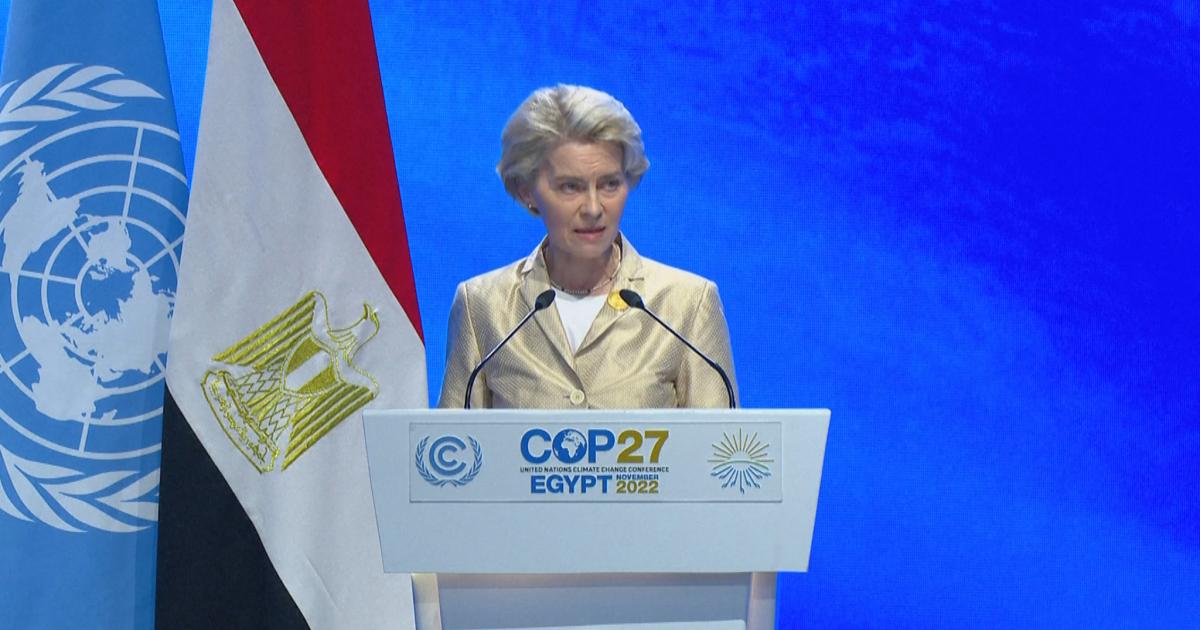 "The climate is changing faster than our ability to adapt. The world must therefore do better and faster. The global fossil fuel crisis must turn the tables. Let's not take the highway to hell, but let's make money. clean ticket to heaven. For Europe the answer is RePowerEu ".

The president of the EU Commission, Ursula von der Leyen

does not mince words

in reiterating that “we must reach the Paris target.

And Europe keeps the course.

We will reduce our greenhouse gas emissions by at least 55% by 2030. With our Fit for 55 package, we are putting in place the most ambitious legislative framework in the world ”.

“For the second consecutive year - he underlined - we have exceeded 23 billion euros, despite the pandemic and despite the war in Ukraine.

A large part of our climate funding already goes to adaptation.

We also invite others to come forward ”.

"We are calling on all major emitters to raise their ambitions. Furthermore, we need tangible progress in our global adaptation goal. Those most in need in developing countries need to be helped to adapt to a more severe climate." added the president of the Commission.

"This COP must make progress on preventing, minimizing and managing the losses and damage caused by climate change. It is time to put this on the agenda. Finally, we urge our partners in the Global North to increase their their climate finance to the global South, "he concluded.

The EU's commitment to renewables

“We are not only reducing our dependence on Russian fossil fuels - which is good, but not enough - but we are massively accelerating the introduction of

The EU's additional renewable capacity is set to more than double this year, to 50 Gigawatts.

And next year we will be able to set a new absolute record of over 100 Gw, on condition of further accelerating the spread of renewable energies ”, said the president of the EU Commission, speaking at the Cop27 Plenary.

"Every kilowatt hour of electricity we generate from solar, wind, green hydrogen or other renewable sources is not only good for the climate, it gives us independence and security of supply. The global South has resources in abundance. This is why the European Union is signing new hydrogen partnerships with Egypt, Namibia and Kazakhstan. That is why it supports partners like Vietnam and South Africa in decarbonising their economies, "von der Leyen explained.