At COP 27 the cry of suffering of the planet. The "State of the global climate in 2022" report 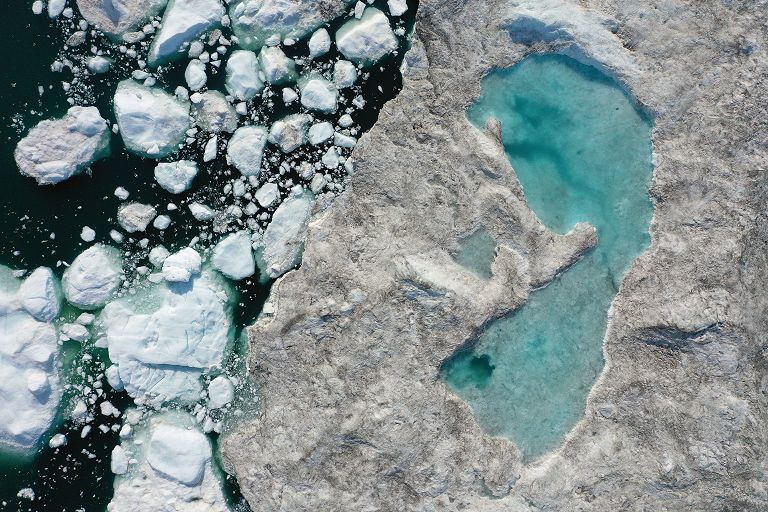 have been the hottest of those recorded so far, fueled by ever-increasing concentrations of greenhouse gases and heat accumulated in the sea.

The average temperature in 2022 is about

, released today on the occasion of the opening of the UN COP27 climate conference in Sharm el-Sheikh, Egypt.

This increase in temperatures is due to the increase in concentrations of the main greenhouse gases in the atmosphere (carbon dioxide, methane, nitrogen dioxide).

These gases reached record levels in 2021, and continue to rise in 2022. The heat melts polar ice caps and glaciers, and causes sea level rise, which threatens islands and coastal territories.

causes desertification and extreme weather events: thousands of people are killed, millions are deprived of livelihoods, condemned to starvation, poverty and migration.

Heat and disasters then cause a series of diseases to proliferate.

record , with thickness losses ranging from 3 to 4 meters.

In Switzerland, 6% of the volume of glaciers has been lost.

Greenland, lake formed by the melting of the glacier

Another figure concerns the

of the seas: the average level has increased by about 3.4 millimeters per year in the thirty years from 1993 to 2022, and the rate of increase has doubled from 1993 to today.

The acceleration is due precisely to the melting of the ice.

In two and a half years, from January 2020 to August 2022, the average sea level has risen by 10 millimeters: that is, 10%, overall, in the last 30 years, since the satellite measurements started.

But the climate also has repercussions on

people in East Africa (Kenya, Somalia and Ethiopia), while floods killed 1,700 people in Pakistan due to heavy rains in July and August, and forced nearly 8 million to leave their villages.

has been below average for four consecutive seasons, the longest in 40 years, and there are indications that the current season will also be dry.

was hit by a series of cyclones earlier this year.

Hurricane Ian in September caused death and destruction in Cuba and Florida.

Much of the Northern Hemisphere has been exceptionally hot and dry this year.

China has had the longest and longest heat wave since records, and the second driest summer on record.

reached its lowest level on record in August.

But even in Europe large areas have suffered repeated episodes of extreme heat.

set its national record, with over 40 degrees for the first time.

The heat was accompanied by drought and fires.

European rivers, including the Rhine, the Loire and the Danube, have fallen to critical levels.

"The greater the warming, the worse the impact," commented Wmo Secretary General

. He specified that: "We have such high levels of carbon dioxide in the atmosphere today that the target of 1.5 degrees (of warming compared to pre-industrial levels) of the Paris Agreement is barely achievable. "

For the secretary "it is already too late for many glaciers, and the melting will continue for hundreds if not thousands of years, with enormous consequences for water security".

"Those least responsible for climate change

- concluded Talaas -, as we have seen with the terrible floods in Pakistan and the long and deadly drought in the Horn of Africa. But well-prepared societies have also been affected by the events this year. extremes, as we have seen for heat waves and droughts in large parts of Europe and southern China. "

said in his message at COP 27: "People and communities everywhere must be protected from the immediate and ever-increasing risks of the climate emergency. We must respond to the distress signal launched by the Planet. ; a response that must come with action: an ambitious and credible climate action ".