In the audit of the National Assembly Legislation and Judiciary Committee, former and current Justice Minister Park Beom-gye and Minister Han Dong-hoon argued over the interpretation of the current government's investigation. 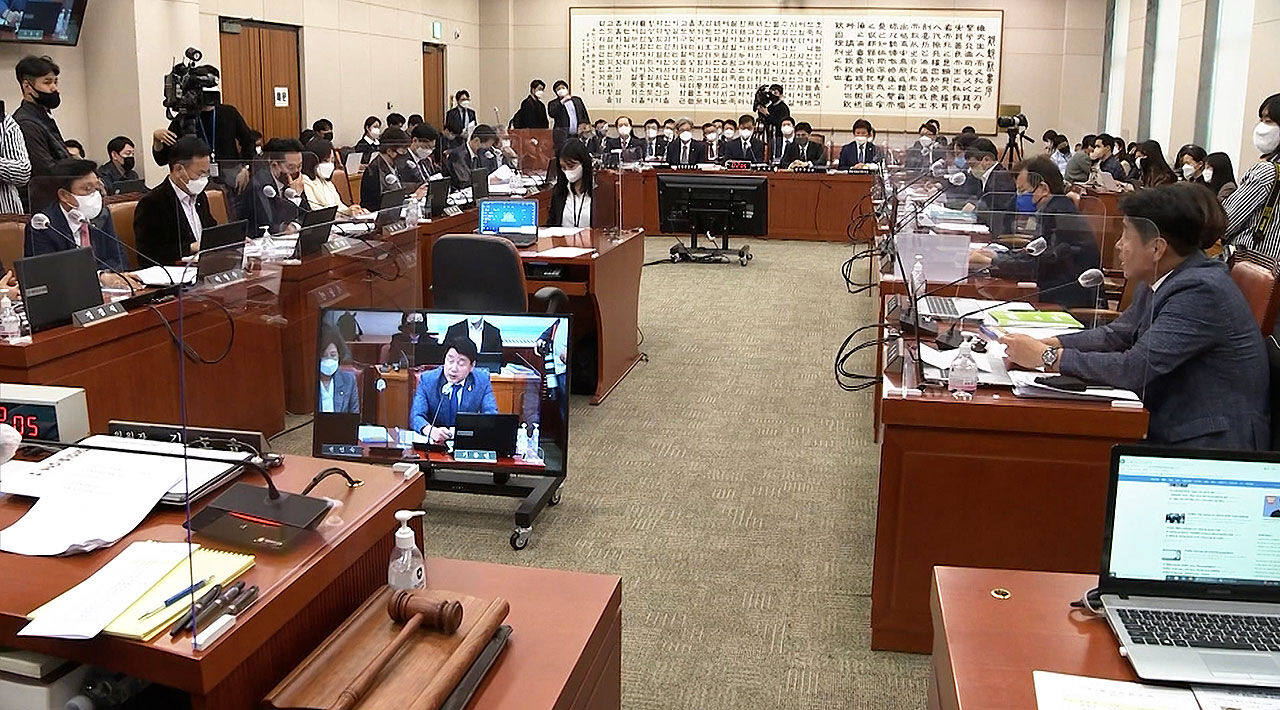 During the audit of the National Assembly Legislation and Judiciary Committee, former and current Justice Minister Park Beom-gye, a member of the Democratic Party, and Minister Han Dong-hoon argued over the interpretation of the current government's investigation.

The high performance and lameness were repeated until late at night on the last day of the state audit.

night (24th) night, during the comprehensive audit of the National Assembly Judiciary Committee, the Democratic Party lawmaker Park Beom-gye asked a question that the president should focus on the people's livelihood, not the situation in the midst of an economic crisis. This happened.

[Park Beom-gye / Democratic Party Member: All newspapers and broadcasts only beat the previous government, and the prosecution is not enough, so even the Board of Audit and Inspection…

However, please cover the crime that is there, doing this under such an excuse…

Earlier in the afternoon, Democratic Party lawmaker Eui-gyeom Kim raised suspicions that President Yoon Seok-yeol and Minister Han had a drink with lawyers Kim & Chang at a high-end bar in Cheongdam-dong, Seoul in July.

[Kim Eui-gyeom / Democratic Party Member: The informant reported himself as a public interest reporter to the Anti-Corruption and Civil Rights Commission.

So this is not an irresponsible report...

[Han Dong-hoon / Minister of Justice: At the state audit, with something that is not even at the level of that jirashi.

I will bet any office in the future, including the position of Minister of Justice.

What do you want, Senator?

In the midst of the constant battle of words, harsh words were exchanged between the ruling and opposition parties.

[Kim Nam-guk / Democratic Party Member: Why are you discussing that with the aide?

Why are we discussing it with aides?]

In the end, even on the last day of the Yoon Seok-yeol administration’s first government audit, lameness and shouting continued all the time, so it was difficult to find a discussion about the issue of livelihood. I did.