Samantha Cristoforetti: "Having flown twice is a privilege. I will miss the Space Station"

The emotion and the story of the harmony with the team in orbit: this is how Astrosamantha at the press conference at the ESA astronaut training center in Cologne, Germany 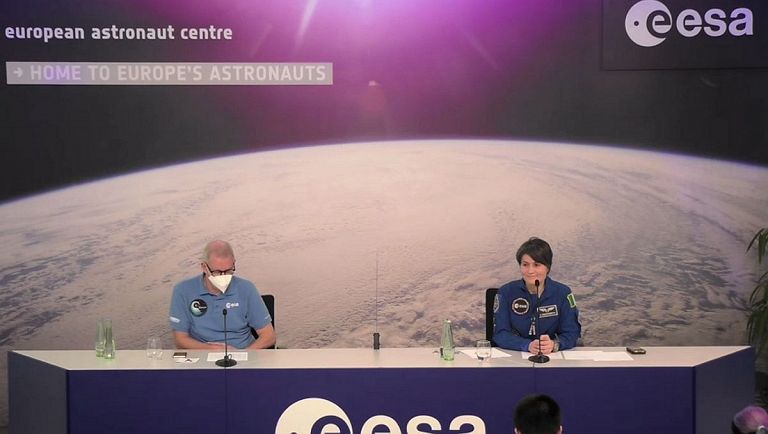 it has just returned - last October 14 - for almost six months in space, and is already looking forward to returning.

Samantha Cristoforetti at the press conference at the ESA astronaut training center in Cologne, where she begins: "Thank you all for giving me the opportunity to have flown twice was a privilege. "

In orbit "A very beautiful climate"

On board the space station - says Astrosamantha - there is a very beautiful atmosphere, of harmony, of strong ties in a group that works together for the same objectives "and putting" in front of the things that unite , and apart from what is conflictual ". Thus the astronaut of the European Space Agency, just returned from his second mission on the international space station Minerva:" The space station I miss and will miss, I spent a year there in almost two missions ", he explains, adding that"

you can live there in a way that is not possible on Earth: weightlessness

That time spent in deep space, outside the spaceship

"I stayed focused on work in the almost 7 hours out" but then there was "20 minutes" to "enjoy being out there", continues Samantha Cristoforetti, "from the point from a physical point of view the Russian suit is very stiff, and it was tiring to work in. Plus it is one size, and I am at the low limit of height ", so" it was a great physical challenge ".

The ESA astronaut and other crew members, known as Crew-4, have returned aboard the Crew Dragon Freedom spacecraft, which

self-uncoupled from the Station on 14 October

After completing a series of de-orbit burns, Freedom entered Earth's atmosphere by deploying her parachutes for a soft ditch off the coast of Florida.

As part of the Minerva mission, Cristoforetti conducted numerous European experiments and many other international experiments in a microgravity environment.

It is now in Cologne, Germany to be monitored by the ESA space medicine team as it readjusts to Earth gravity