Agreement at the summit: Russia must not be allowed to divide the EU on the energy issue

After the summit in Prague, EU leaders have asked Commission President Ursula von der Leyen to come up with more proposals to keep gas and electricity prices down ahead of the energy policy wolf winter. - They agree that Russia should not be allowed to divide and blackmail the EU, says SVT's European correspondent David Boati. 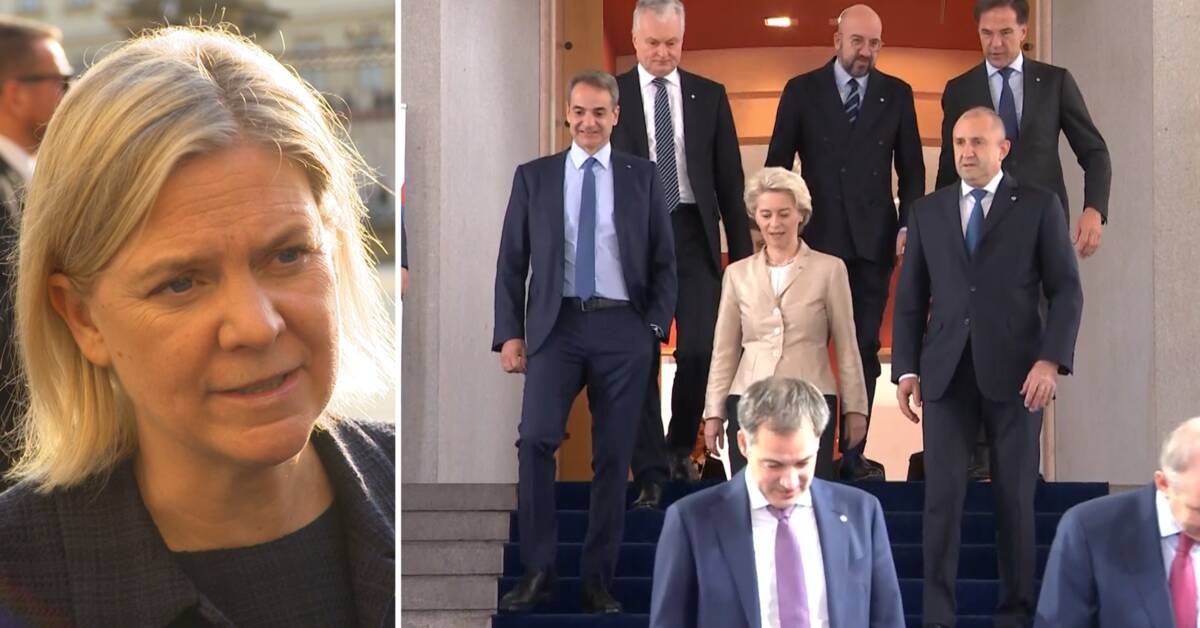 - These informal meetings are not meetings where decisions are made, says Prime Minister Magdalena Andersson (S) to TT after the meeting ended on Friday.

- But on the other hand, it was very clear that we are giving a task to Ursula von der Leyen to come up with clear proposals, after the meeting.

The next step for the European Commission is to hone in on possible solutions before October 20, when the EU leaders meet again.

SVT's European correspondent says that there are broadly three options for the EU leaders.

- Should you buy jointly, as was done with the vaccine, to push prices down - or should you have some kind of price cap on gas and what should that price look like?

- Or should the EU subsidize - and if so where does the money come from?

At the press conference at the end of the meeting, Ursula von der Leyen mentions that investments in renewable energy are necessary to ensure Europe's energy security, and that the member states of the Union must stick together.

- First of all, we need to coordinate our purchases.

Because openness is needed and that we trust each other regarding the offers to buy gas that we receive, so that we don't outbid each other, she says.

More than that has not yet been communicated and Magdalena Andersson gives scant details after the meeting.

- V must ensure that we can lower gas and thus electricity prices throughout Europe.

she says to SVT.

- There, the Swedish government has had high ambitions to significantly lower Swedish electricity prices, especially in southern Sweden.