Fast-food french fries and onion rings are becoming high-tech, thanks to a "Flippi 2" robot developed by a Southern California company to work in restaurants. 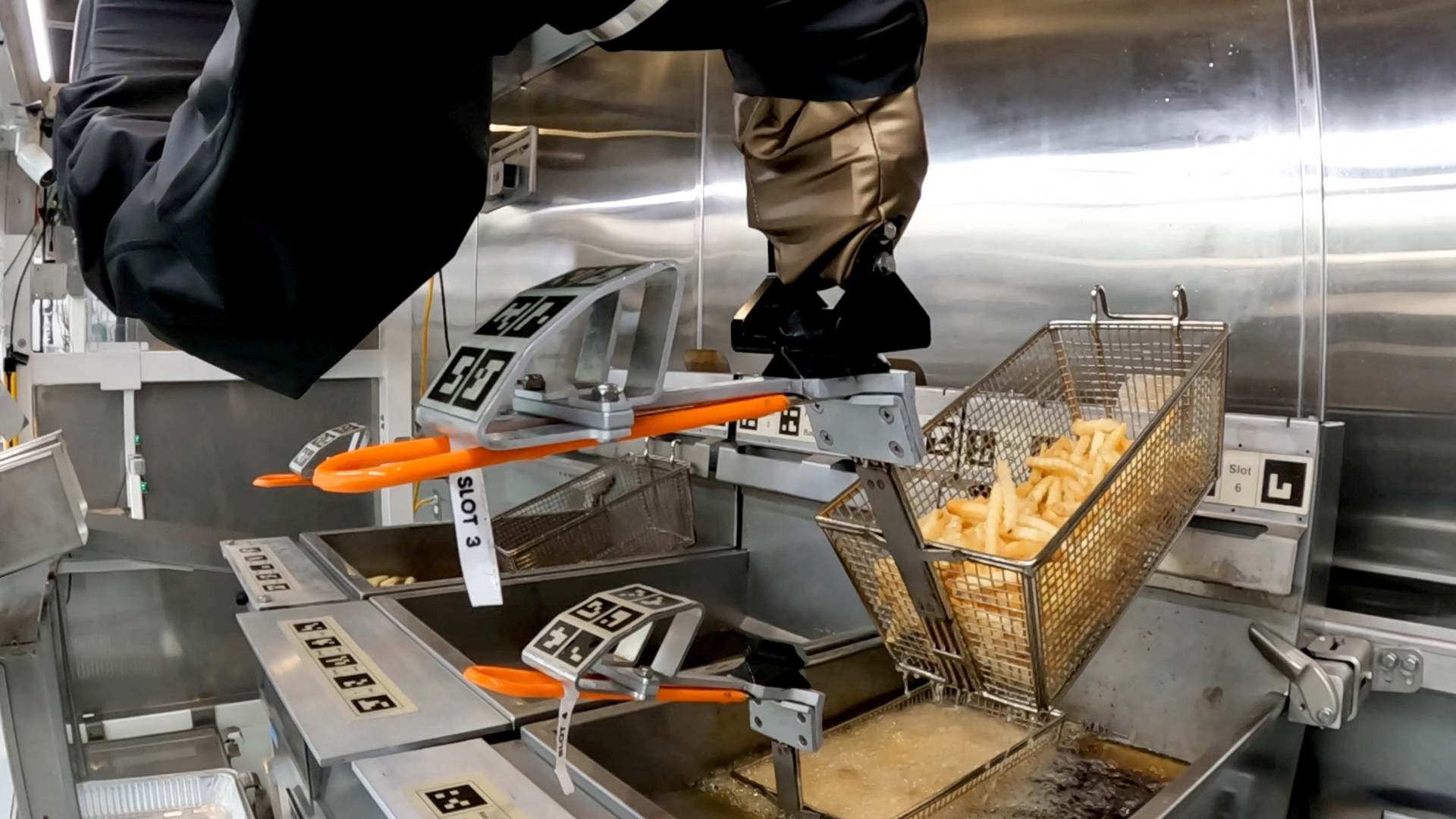 The process of frying potatoes and onion rings has become a high-tech process, thanks to a company in Southern California.

Miso Robotics Inc. in Pasadena has launched its Flippy 2, which automates the process of frying potatoes, onions and other foods, according to a Reuters report.

The Flippy 2's large robotic arm operates like those in car factories, guided by cameras and artificial intelligence;

Take out frozen french fries and other foods from the freezer, dip them in hot oil, and then place the ready-to-serve product on a tray.

Felby 2 can cook multiple meals with different recipes simultaneously, reducing the need for catering staff and speeding up order delivery at the drive-in windows.

"When an order comes in through the restaurant system, the system automatically issues instructions to Flip 2," Mike Bell, CEO of Miso, said in an interview.

Bell added, "...it does it faster, more accurately, more reliably, and happier than most humans do."

He explained that it took 5 years to develop Flippi 2 and make it commercially available.

The name "Flippi 2" comes after the first version was designed to flip slices of burgers.

But once Miso's team finished developing this machine, they realized there was a more pressing problem with the potato frying station, especially late at night.

Belle said that Flippy 2 grabs the attention of customers at first, "so when we put a bot in a location, the customers who come in and order, they take pictures and videos and ask a bunch of questions, and then the second time they come in it's like they didn't notice that there was Robots in the kitchen, they take it for granted."

Miso engineers can watch the Flippy 2 robots in action on a large screen, which can help troubleshoot any problems that may arise.

Bell said a number of restaurant chains have adopted the robotic potato cooker, including Jack in the Box in San Diego, White Castle in the Midwest and Cali Burger. (CaliBurger) on the West Coast.

Bell said three other fast-food chains in the US have run Flippy 2, but says she is reluctant to advertise it due to sensitivities about the idea that robots will take jobs from humans.

But Bell believes that "the task humans are happy to unload is the boring tasks such as the responsibility of the frying station," adding that "the workers are happy to get help in this area so that they can do other things."

One day, Bell said, people would walk into a restaurant and look at a robot and say, "Do you remember the old days when humans did that kind of business?"