A week after Category 4 Hurricane Ian struck, Florida continues to assess the damage. Joe Biden is going there this Wednesday, October 5 as the human toll continues to increase.… 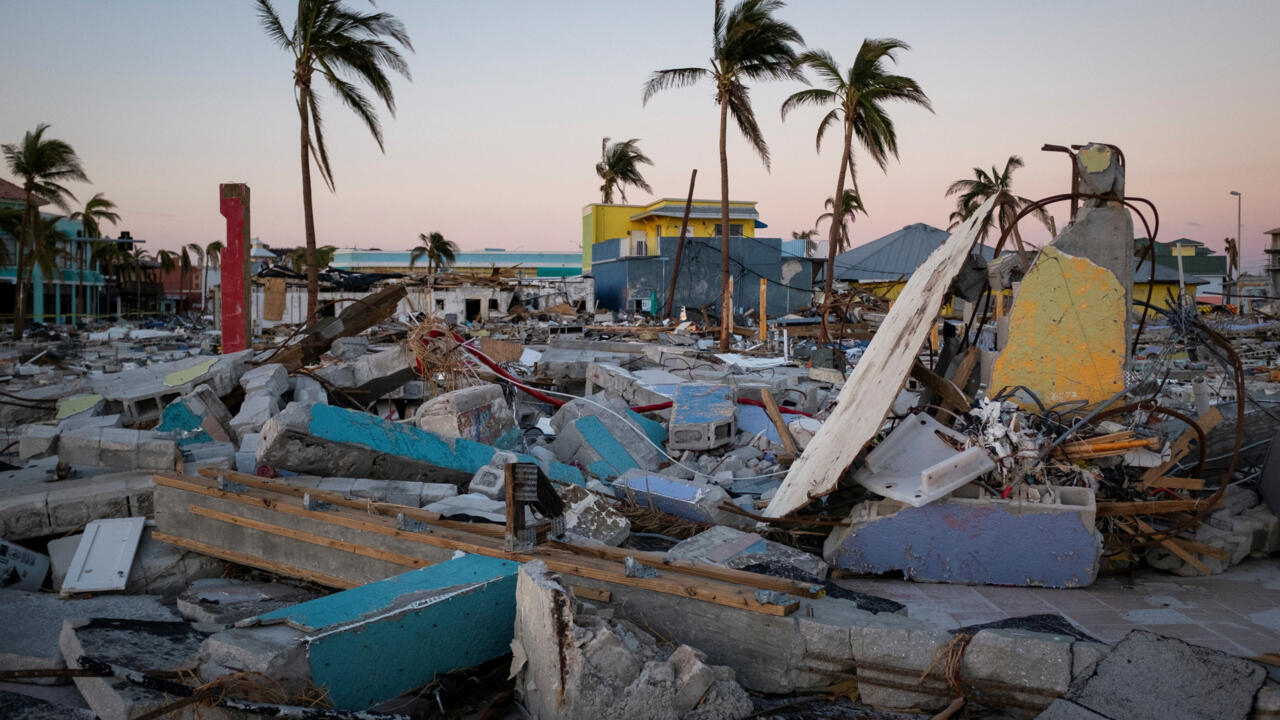 It's all that's left of restaurants and shops in Fort Myers, October 4 REUTERS - MARCO BELLO

A week after Category 4 Hurricane Ian struck, Florida continues to assess the damage.

Joe Biden is going there this Wednesday, October 5, as the human toll continues to increase.

The latest reports around a hundred deaths, more than half of them in Lee County, in the southwest of the state.

In Lee County, the hardest hit by the hurricane, rescuers continue to inspect house by house accompanied by sniffer dogs.

Nearly a week after

, rescuers are still finding survivors who refused to evacuate and are now isolated, short of food.

But every day, the human toll increases.

Most of the victims are over the age of 60 and died of drowning in their homes or in their vehicles while trying to flee too late.

Eighty thousand homes have already been checked, but there are still many left.

The damage assessment is therefore far from complete.

Some areas are only accessible by boat or helicopter, such as Sanibel Island, the only bridge connecting this tourist mecca to the mainland having been destroyed by the hurricane.

Other areas like Arcadia are still under water and are dangerous, authorities warn.

Sewers and chemicals have poured into them and they can be infested with wildlife such as snakes and alligators.

Hundreds of thousands of Florida residents were still without power on Tuesday and authorities said it would take months and $50 billion or more to rebuild the devastated coastal areas.

After going to Puerto Rico on Monday, an American territory in the Caribbean devastated by another hurricane, Fiona, Joe Biden is going to Florida on Wednesday.

The US President and his wife Jill Biden are due to arrive around 6:45 p.m. UT in Fort Myers.

The presidential couple will be able to see the violence of the storm during a helicopter flight, before meeting local politicians and then affected residents.

He should also meet Governor Ron DeSantis, one of his most vocal critics.