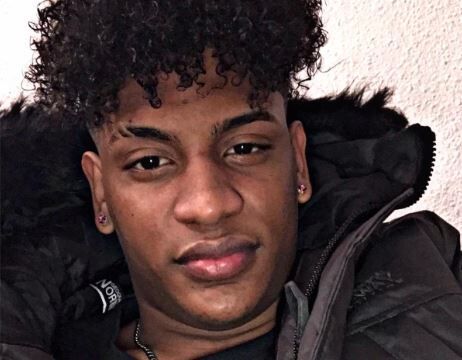 The Government delegate in Madrid, Mercedes González, stated this Wednesday that the 21-year-old Dominican, Sailen Huraldo, shot dead last Monday morning at the gates of a Fuenlabrada nightclub "was in the spotlight and sentenced " by his attackers, in a likely new brawl between gangs.

Precisely, the Police have already located the van used by the murderers to reach the scene and flee.

At first, it was indicated, by mistake, that they had arrived in a blue BMW that was parked at the door of the room and that they fled on foot.

In fact, he has insisted that both the singer who performed at that venue that night and many of those attending that concert were members of a violent gang, the Trinitarios.

For this reason, agents of the Prevention and Reaction Unit (UPR) of the National Police guarded the place until 4:30 am, when the concert ended.

Then, until 06:00, when the nightclub closed, agents from the Fuenlabrada Police Station were present.

"Then, when there was no one and some (concert attendees) were chatting on a bench is when the shooting occurs," the delegate told Europa Press.

In fact, according to some witnesses, it was around 6:20 am when three people approached in a van, possibly members of a rival gang.

Two of them got out of the vehicle with pistols and machetes and attacked those present, leaving one dead and three minor injuries.

The representative of the central government in Madrid has affirmed that in this case the National Police "is putting the pieces together" and in that of Alcorcón from the previous night "the investigation is advancing".

Thus, she has recalled that today she will go to the Extraordinary Security Boards of both municipalities, where "where they will explain everything that happened and all the open lines."

She will also explain how they are going to act from the point of view of security in the coming weekends both in these municipalities, as well as in others and also in districts of Madrid.

"But they are punctual events correlative in time, but let's let the Police, who are true professionals, work, because everything is going to be fine," added Mercedes González.

In this sense, he has pointed out that the patron saint festivities held in towns and districts of Madrid in recent months have been characterized by "normality", "with thousands and thousands of neighbors who have attended them, that I have no words of thanks for the National and Local Police because they have turned to normal parties to meet everyone in their municipalities".

"And except in Alcalá de Henares, with specific events, they have been safe parties where public order has been guaranteed", added the delegate.

The deceased young man had been residing in Spain for a year and is the son of the former mayor of the Dominican municipality of Tamayo and former deputy for the province of Bahoruco, Huraldo Mesa.

The Vice President and Minister of Education and Universities, Enrique Ossorio, has insisted this Wednesday on requesting the Government Delegation in Madrid to make "the decisions that are necessary" against the Latin gangs.

In the press conference after the Governing Council, and after the murders of the weekend in Fuenlabrada and Alcorcón, Ossorio has defended that Madrid is a "safe" place but has stressed that the appropriate decisions must be made to keep it that way and put the "maximum effort".

In this sense, he recalled that on Monday the Madrid Executive presented a protocol for preventing the risk of belonging to violent youth groups and drug use, which are mandatory for educational centers in the region.

"The Community of Madrid is putting all the possible means to fight against this situation and what we ask is that the Government Delegation, which we have no doubt that it is also doing, extreme if we find that in a weekend there has been two deaths," he declared.