Everest, the highest mountain on the planet, is less than nine kilometers high. The Space Station reaches an orbit with an average altitude of 400 kilometers... 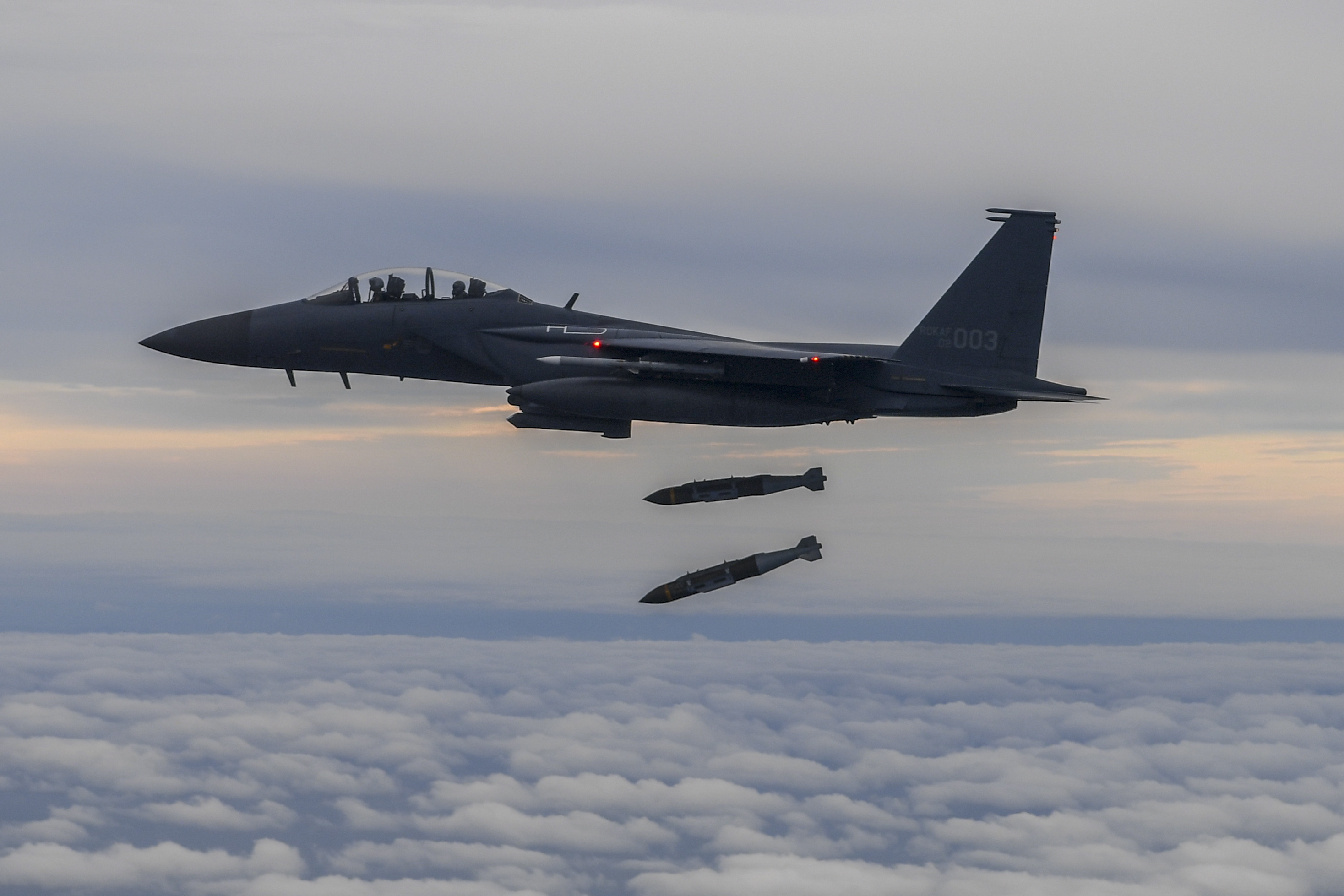 Everest, the highest mountain on the planet, is less than nine kilometers high.

Up to an orbit with an average altitude of 400 kilometers reaches the International Space Station.

flew 1,000 kilometers above the earth's surface.

It was invisible to the naked eye.

Not even a flash was glimpsed from the tip of the telecommunications antenna of the Tokyo Skytree, the tallest tower in the Japanese country.

It had been more than five years since a North Korean projectile had flown over Japan, although it did so for most of a journey of 4,600 kilometers above the Earth's atmosphere before falling in the Pacific.

The sound of anti-aircraft sirens woke up residents of two northern prefectures, Hokkaido and Aomori, close to Russia.

The authorities recommended that the population seek refuge underground

They already knew that the missile was headed for distant waters, but they feared that parts of the device could break off during flight and plummet to land.

, in a tense autumn of 2022 on the global geopolitical board, continues to play with its missiles.

So far this year it has fired 40 projectiles in 23 launch exercises.

I've never had that pace before

From hypersonic weapons to the dreaded intercontinental ballistic missiles (ICBMs).

The Hwasong-12 launched on Tuesday could reach US military bases in Guam, Micronesia.

The North Korean regime is once again the great agitator in the region, taking advantage of the fact that the world is distracted by the war in Ukraine and that the growing division in the UN Security Council, with the recent vetoes of sanctions by Russia and China, it is giving him a truce to speed up the development of weapons.

But do we know what Kim Jong-un really wants?

"First there is the technology issue, which is vital because from Kim's point of view, he thinks he is losing the technology race to the US and South Korea, and that worries them a lot.

He also wants to send the message that until If there is some kind of agreement that was put on the table - nuclear negotiations - during the failed Hanaoi summit, it will continue to develop its weapons program

, and since today there are no more international sanctions, Pyongyang can continue to do so without any problem. ", analyzes for EL MUNDO Ramón Pacheco Pardo, professor of International Relations at King's College London and specialist in the Korean peninsula.

"The situation is involved in a geopolitical game.

South Korea, Japan and the US carry out joint military exercises to protect themselves from North Korea, while Pyongyang also does its exercises and improves its military technology

," continues Pacheco, whom we find landing in Tokyo for a Spanish-Japanese diplomatic forum.

Panic among the population

The response from the tripartite Pacific allied democracies came a few hours after the launch of the North Korean missile.

Eight Japanese and four American fighter jets participated in the drill in airspace west of the Kyushu region.

Some maneuvers in which four other American F-16 aircraft also participated.

The South Korean and US navies also carried out

But one of the South Korean projectiles, a short-range Hyumoo-2 ballistic missile, missed and crashed into the ground inside an air force base, causing a huge roar from the loud explosion that caused panic among the local population, who they thought it might be a North Korean attack.

A photo from the South Korean Ministry of Defense shows its fighter jets dropping two JADAM precision bombs during a drill. EFE

A couple of days ago, a series of anti-submarine exercises carried out by the US aircraft carrier USS Ronald Reagan and forces from South Korea and Japan ended.

This Wednesday, the USS Ronald Reagan has been deployed in the Sea of ​​Japan, called the East Sea in the two Koreas.

The escalation of tensions rises levels and

-although from Seoul they point out that, if launched, it would have to wait until after the Congress of the Communist Party of China , on October 16 - which would be the first in five years, which would change the security dynamics in the region, in addition to Russia's nuclear threat to Ukraine.

"In 2017, Kim Jong-un said that his country was going to become a responsible nuclear power, that he did not need to carry out more tests. But, on the other hand, if he wanted to carry out a nuclear test, it is the ideal moment due to the vetoes in the security council of the UN, where it will have free rein without sanctions falling on it.

At the technological level, any nuclear test would help them improve the technology, but at the political level it could be a disaster with international condemnation that could be even add China

"If Kim continues to raise the level of his provocations, the US and Northeast Asian allies may be forced to start cooperating on a trilateral missile defense system.

Even if it is designed to defend against North Korea, any such system it would have important consequences for China's own deterrence,

" reads an analysis by the

, a newspaper specializing in the region.

Yoon Suk-yeol, the president of South Korea, closer to Washington than ever, has been promising for months that he will strengthen his country's military capabilities, even with the deployment of US nuclear weapons on his land

In Japan, they have also embarked on the path of a historic rearmament that would overthrow the traditional pacifist Constitution inherited from the postwar period, by which the army -250,000 active troops and another 60,000 in reserve- can only act for self-defense.

Prime Minister Fumio Kishida, who in June became the first leader to attend a NATO summit, welcoming the Alliance to strengthen its involvement in the Indo-Pacific region, is expected to increase the defense budget. 1-2% of GDP, build a pair of ballistic missile defense ships, as well as the development of 1,000 long-range cruise missiles and one high-speed ballistic missile to boost its counter-attack capability.