The Alvia train accident with 80 dead and 144 injured is already being settled in court. The trial started this Wednesday with a very technical session that has been a serious setback... 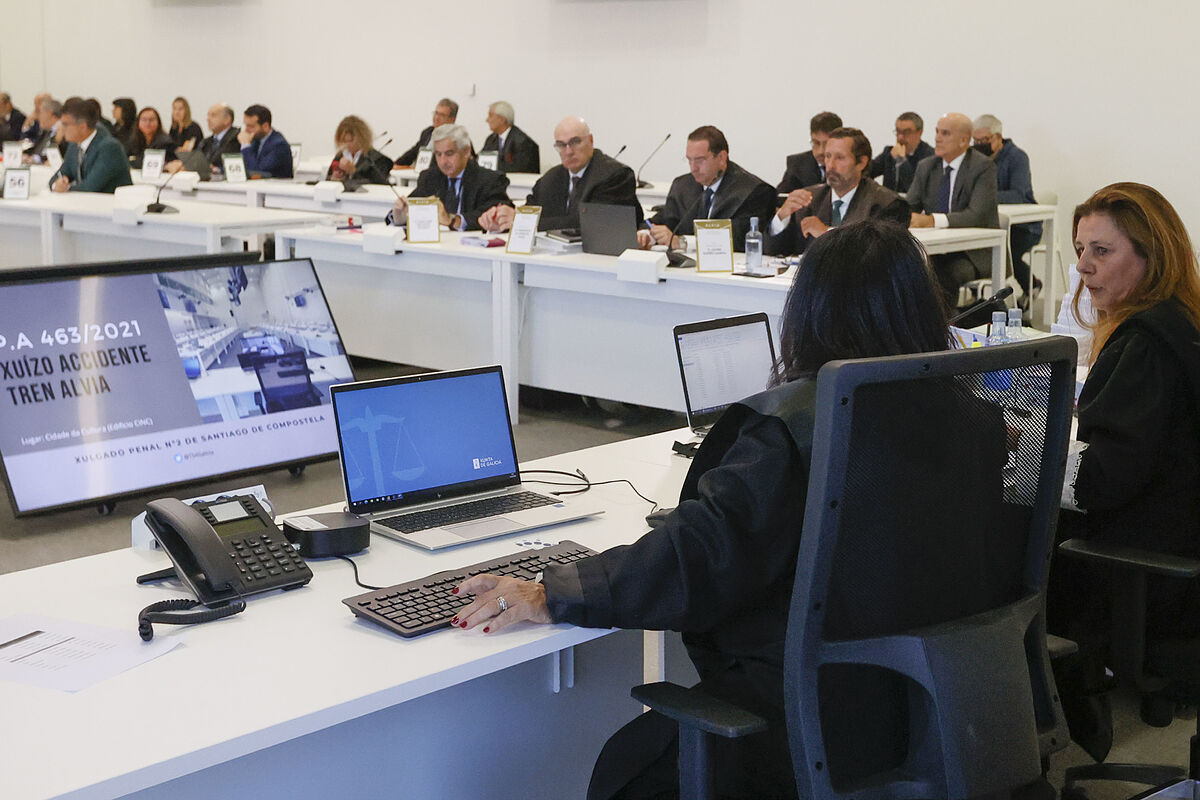 The Alvia train accident with 80 dead and 144 injured is already being settled in court.

On the bench sit the train driver,

, and a former Adif official,

, whose defense wanted the case not to be followed by one of the main accusations against him, but the judge has braked.

He justified his decision in that the

Provincial Court of A Coruña

, during the investigation phase of the case, ruled out that these issues had criminal relevance.

, maintained that "the parties are trying to reopen debates that have already been closed" and the State's attorney,

, joined his petition, but the judge rejected it, understanding that it "is the subject of debate", Well, one of the issues that has led Cortabitarte to the bench is his decision to deactivate this security system.

"You cannot pretend that I say that here we are only going to talk about risk assessment," said the magistrate,

, alluding to the fact that another of the controversial decisions attributed to the former senior Adif official is not having carried out a risk analysis prior to the accident.

In any case, she considers that "everything is interconnected".

The train was equipped with the ASFA Digital security system and with the ERTMS/ECTS continuous speed control system, but the latter had been disconnected a year before the accident by Cortabitarte's decision at Renfe's request.

He authorized said disconnection without previously carrying out a risk assessment and the prosecutor maintains that "the accident would not have happened" if "he had evaluated and managed the risk of excessive speed in the section of the accident."

Unsuccessful attempt to dispute a video

The first session of the oral hearing lasted for more than four hours dedicated exclusively to preliminary questions presented by the parties.

In addition to addressing personal aspects of each of the victims -there are 446 injured people grouped into 154 accusations and assisted by 110 lawyers-, he has had another central issue with Adif as the protagonist.

Adif (represented in this case by the State Attorney) provided new evidence in September, a video reconstructing the 100 seconds prior to the accident.

It is a montage in which images of a previous trip of a train along the route made by the damaged Alvia and a telephone call between the driver and the train inspector that occurred just before the accident are superimposed.

It aims to recreate the way the driver got distracted, didn't slow down and the train ended up derailing.

The driver's lawyers and a good part of the victims asked to challenge this montage because they understand that it is an audiovisual piece with a "clear intention of exonerating Cortabitarte and blaming the driver" and because they doubt its "veracity".

The lawyer of the affected platform,

, considers it a "legal outrage" that "does not meet the requirements required by law" while the driver's lawyer,

, questioned that it is a video prior to the accident , from 2012, made with another different train model -an S120- that "has been tampered with".

The State attorney defended the relevance of this video insofar as it is an "explanatory" graphic document that captures in images data that already appears in the case and also its legality, challenging those who question it that "if anyone doubts the images can corroborate it with a report from the

The judge did accept this reconstruction, understanding that it is evidence from a "legitimate" part that is admitted as a documentary, although she has already clarified that "it will be given the probative value that is considered."

City of Culture of Galicia

, where the incident is celebrated, to carry out a very impressive protest.

They moved a large poster with the documentary

, which deals with the accident from multiple perspectives, and the "censored" message in reference to the fact that they have unsuccessfully requested that it be shown at the trial and broadcast on

At his side, two affected carried two 32-inch televisions with images from the tape.

"After so much time waiting for this moment, we face the beginning of the trial with a lot of pain and anger and with mixed feelings," they point out from the Victims Alvia 04155 platform, who recall that "slow justice is not justice" and "unfortunately some of victims and family members have died over the years.

For them, they regret, because "there will never be justice and unfortunately nothing can be done."

, the president of the group, pointed out in the Ciudad da Cultura that the victims are "bad" and "above all, the treatment by the state institutions and the rulers is terrible."

In his case, in this same venue, eight years ago he received a treatment that he has been demanding for years, because while inside the

handed out the Galician gold medals, "they received us with riot police."