The US nuclear carrier Ronald Reagan, who was returning from a joint exercise in the East Sea last week after North Korea's intermediate-range missile provocation, urgently turned the bow and returned to the East Sea yesterday. 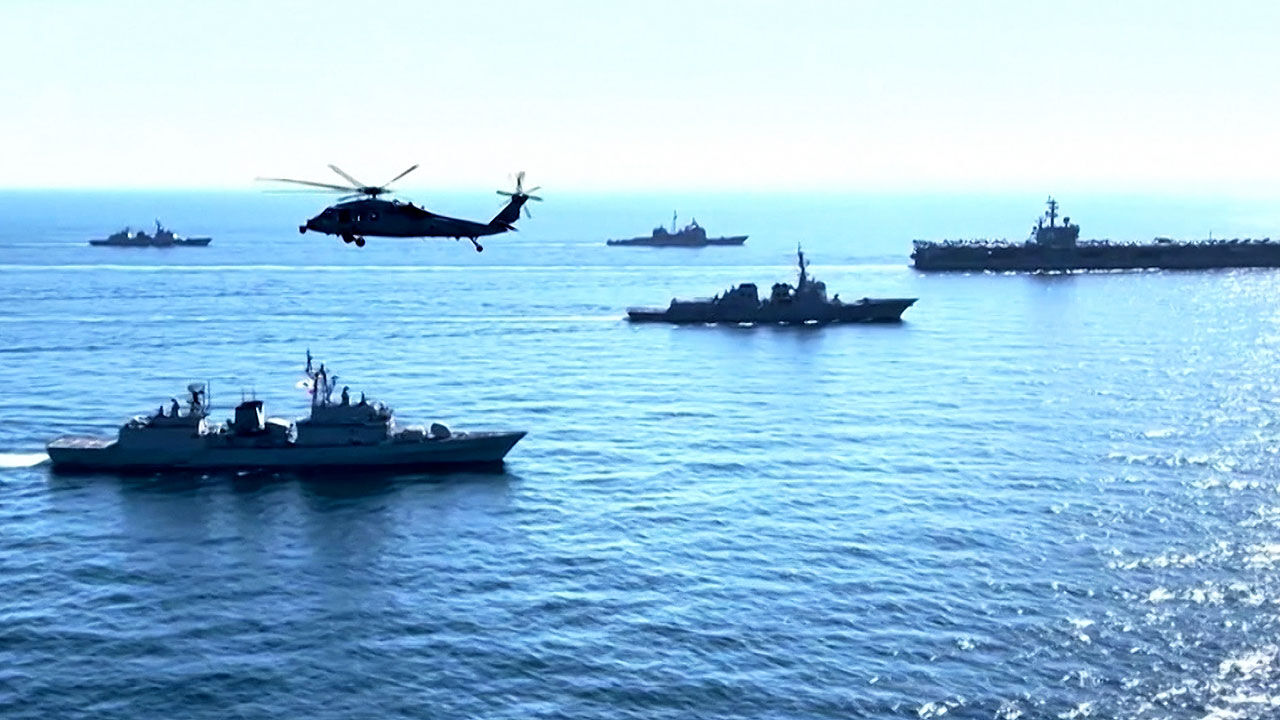 US nuclear carrier Ronald Reagan, who was returning from a joint exercise in the East Sea last week after North Korea's intermediate-range missile provocation, urgently turned the bow yesterday (5th) and returned to the East Sea.

Today, it was confirmed that the South Korea, US and Japan missile tracking and interception drills led by the Reagan carrier were held in the East Sea.

As North Korea increased the intensity of its provocation by firing a medium-range ballistic missile through Japan, the Ronald Reagan carrier strike group, which went to the Japanese sea after the South Korea-US and South Korea-US-Japan exercises, hurriedly turned its bow to the East Sea.

It is known that some of the more than 90 aircraft such as Super Hornet fighters, Hawkeye early warning devices, and Growler electronic and electric aircraft were launched alternately and demonstrated by force.

The unprecedented emergency re-operation was decided after consultations with the defense ministers of the Republic of Korea and the United States in accordance with the ROK-U.S. agreement to expand strategic assets.

of Staff: (Re-introducing the Reagan carrier) shows the resolute will of the ROK-U.S. alliance to resolutely respond to any provocation and threat from North Korea.]

It is the first time that South Korea, the United States and Japan will conduct joint exercises in the East Sea with US Navy carriers mobilized for two weeks in a row.

The training will be conducted in such a way that the South Korean, US, and Japanese ships will master the procedures for detecting, tracking and intercepting the North Korean missile launches.

A key official from the Ministry of National Defense gave meaning to it as "a physical message that South Korea, the US and Japan will strengthen security cooperation if North Korea provokes."