The bianconeri win with a brace from Rabiot, and then the usual Vlahovic. Rossoneri beaten on English soil 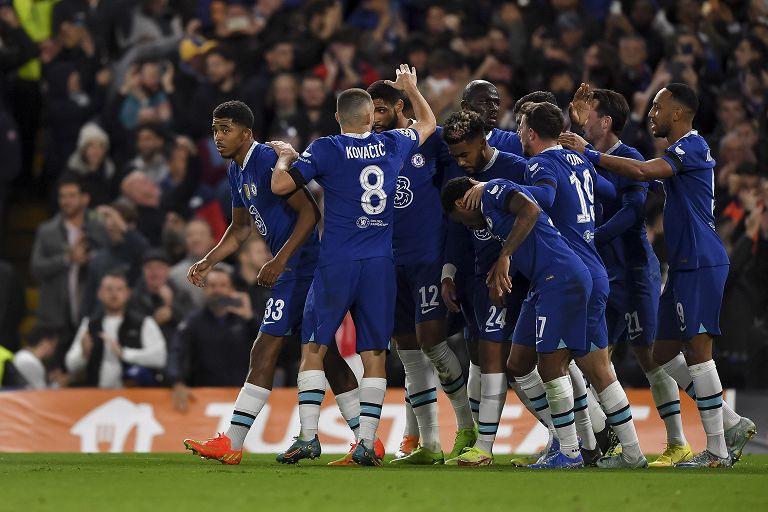 After the return to success in the league, Juventus found their first smile of the season in the Champions League, beating Maccabi Haifa on the third day of the group stage.

At the Allianz Stadium it ends 3-1 thanks to Rabiot's brace and Vlahovic's seal, while David's visiting goal is of little use: Allegri's team thus puts the first 3 points in their pockets trying to strike up a comeback against Benfica and Paris Saint Germain.

As expected, the Bianconeri tried from the beginning to press on the accelerator, creating two great opportunities in a few moments with Vlahovic: the attacker tries first on Cuadrado's serve, finding Cohen's parade, then fails an apparently easy conclusion on touch. of Kostic putting aside.

The Juventus advantage comes only after half an hour of play, when Di Maria invents for Rabiot who strikes the goalkeeper with a left-handed under the crossbar.

At the beginning of the second half the Argentine gets back into the chair and this time from outside Vlahovic needs a big ball, very good at presenting himself in front of Cohen and beating him 2-0.

The Serbian wastes the ball of the trio, then a goal for offside is canceled, so Maccabi remains in the game and at 75 'reopens the discussion with the goal of the newly entered David, who overcomes Szczesny on the exit and puts in an empty goal.

The Israelis take courage and a few moments later hit an outside post with a free kick from Atzili, but in the 83rd minute Allegri's team closes the score with Rabiot's brace, who takes advantage of Di Maria's third assist of the evening and header signs the final 3-1.

Before the triple whistle, another post was hit by Atzili with a nice left-footed shot.

Chelsea FC vs AC Milan rejoicing after the goal

A remodeled Milan leaves Stamford Bridge with broken bones and is beaten 3-0 by Chelsea.

After a decent start, the difference between the two teams emerges from the distance with the hosts coming out of the contest with 3 deserved points thanks to goals from Fofana, Aubameyang and James.

The ranking now sees Pioli's men drop to third place in the group at an altitude of 4, like Chelsea himself and a distance behind the leaders Salzburg.

In 6 days, the two teams will face each other again on inverted fields.

The first chance is for the Londoners and arrives at 5 ', when Mount suddenly kicks from long distance finding Tatarusanu ready to deviate for a corner.

The Romanian goalkeeper was still attentive in the 22nd minute when he lifted a shot from Thiago Silva over the crossbar following a free-kick from the right.

The guests suffer tremendously from the set pieces and the blues took the lead in the 24th minute.

Thiago Silva hits his head again and finds Tatarusanu ready again, who, however, can do nothing on Fofana's close paw that resolves a melee in the best possible way.

In full recovery, the Rossoneri waste a huge chance to equalize.

Leao sows panic on the left, enters the area and serves De Ketelaere who gets the attempt parried by Kepa, with Krunic who on the rebound sends high with a safe blow after the touch of a defender.

The balance at the start of the second half is broken in the 11th minute, when Potter's men find the 2-0.

James from the right puts in a cross that is completely punctured by Tomori, with Aubameyang taking advantage of it and bags for the 2-0.

On the Italian champions the darkness falls and at 16 'James punishes them for the third time when he enters the area by arrogance and ends with a big blow under the crossbar, finalizing an assist from Sterling in the best possible way.

It is the 3-0 that definitively closes the match.

The rest of the game is pure academy, with the pace dropping dramatically and the hosts controlling without worries until the final whistle.