The war in Ukraine led to an explosion in prices. Dependence on Russian gas is costing Germany dearly. The village of Feldheim near Berlin, which has been energy self-sufficient for twelve years,… 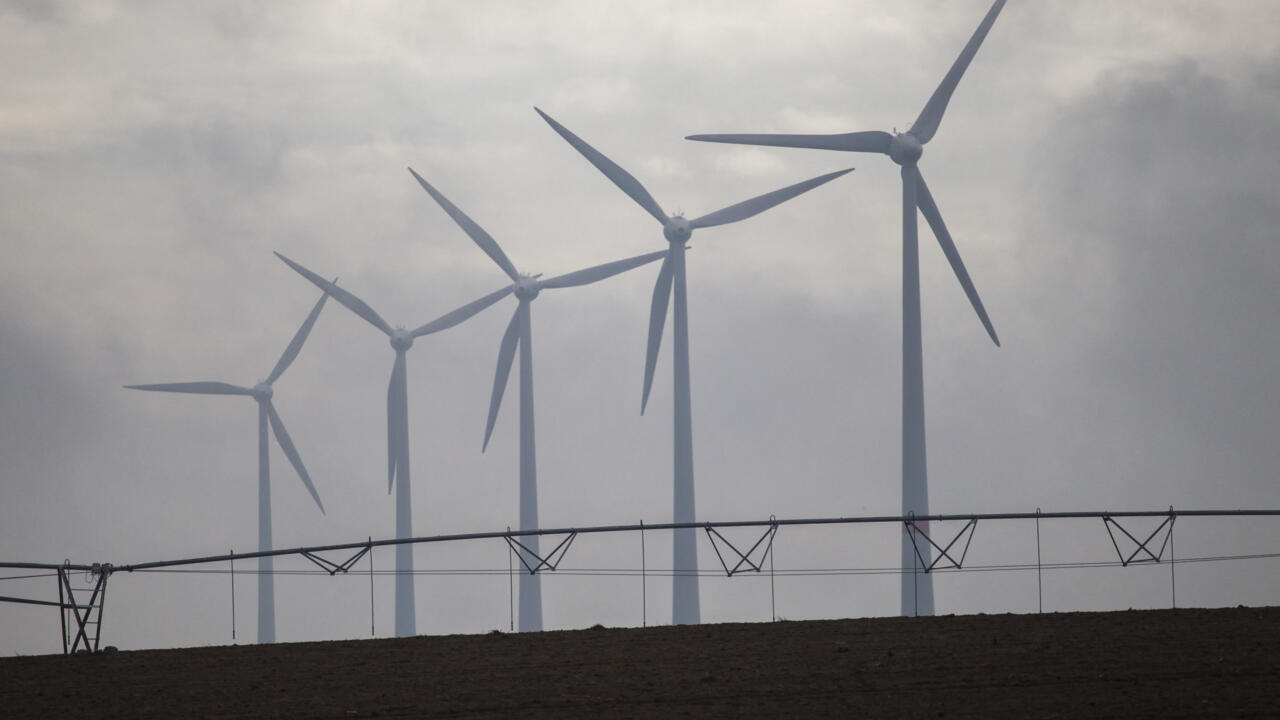 Part of the wind turbines in Feldheim, a village 80 kilometers south of Berlin.

The war in Ukraine led to an explosion in prices.

The village of Feldheim near Berlin, which has been energy self-sufficient for twelve years, escapes the current crisis with very low prices.

The initiative for this ambitious project, which is celebrating its 10th anniversary, comes from Doreen Raschemann, head of social commitment for Energiequelle.

RFI: Why, at a time when energy prices were not reaching current highs, did you decide to launch this project which would make your village self-sufficient?

It was not planned from the start.

The use of renewable electricity – 55 wind turbines today which produce much more than for Feldheim – was imposed initially.

The decision of our agricultural cooperative to build a biogas plant accelerated things.

At the beginning of the millennium, the profitability of the cooperative was called into question.

We have taken advantage of green energy subsidies to use pig excrement and corn.

The fixed price for the electricity produced by such a facility made it lucrative.

The agricultural cooperative, which had no know-how in this area, entered into a partnership with the company Energiequelle, which also made it possible to share the financial risks.

The heat produced by the biogas plant was originally intended to be used only for the buildings of the cooperative.

But the energy produced exceeded the needs of society, hence the idea of ​​using it to heat the rest of the village.

The inhabitants consulted approved the project and acquired the shares of a new company created for this purpose.

A heating distribution network has been set up in the village.

Half of the investments were covered by grants.

The costs for the inhabitants thus remained bearable, such as the amount of loans to be reimbursed.

It was a great decision.

Developing self-sufficient municipalities for their energy supply, is this a solution for the future?

The solutions we have found for our village are undoubtedly an alternative for other municipalities.

The rules and subsidies that were in place at the time should be reinstated or adapted.

The presence of a company that supports such a project is a plus.

Our agricultural cooperative, the first employer in the village, supported him, so everyone benefited from this initiative.

Solidarity in our municipality between the inhabitants has also gained in importance.

Is the model you have put in place one of the avenues currently being considered by the German government to remedy the current energy crisis?

I do not have that impression of it.

Conventional energies such as coal or nuclear are rather considered as solutions to quickly replace Russian gas.

The search for alternative solutions unfortunately fades into the background.

We should innovate in this area with new ideas, especially for rural areas where many options for the development of renewables are not yet used.

Interest in your village in recent weeks has rebounded with the current crisis.

Individuals or mayors come to inquire and plan to take up certain ideas on their own.

Each municipality is of course different.

For us, the agricultural cooperative has played an important role in energy production alongside wind power.

Elsewhere, another source of energy may be used.

Residents of Feldheim benefit from guaranteed low prices for their energy.

Elsewhere, this is not the case and concerns are rising, particularly in the eastern part of the country where you live.

How do you perceive them?

These concerns are significant and have existential consequences for some.

I understand them and am worried about the consequences for social peace in our country.

Current fears are being exploited by the far right and populists, as we have already seen during the pandemic. It is important to properly inform citizens about the challenges of the current crisis and their possible solutions.

I hope that politicians will come up with proposals that will reduce people's concerns.

In the current crisis, more use is made of conventional energy sources.

Are the commitments made to fight against global warming called into question?

I fear that they are now reduced to wishful thinking.

The government always pleads for the development of renewables in the long term, but the efforts undertaken remain insufficient for me.

Renewable energies have significant development potential that should be better used.