Depositors’ raids are renewed in Lebanon, the last of whom is a member of Parliament

Some depositors have renewed attempts to storm banks in Lebanon to demand their deposits, and Representative Cynthia Zarazir has held a sit-down inside a bank to demand part of her money for a surgical operation. 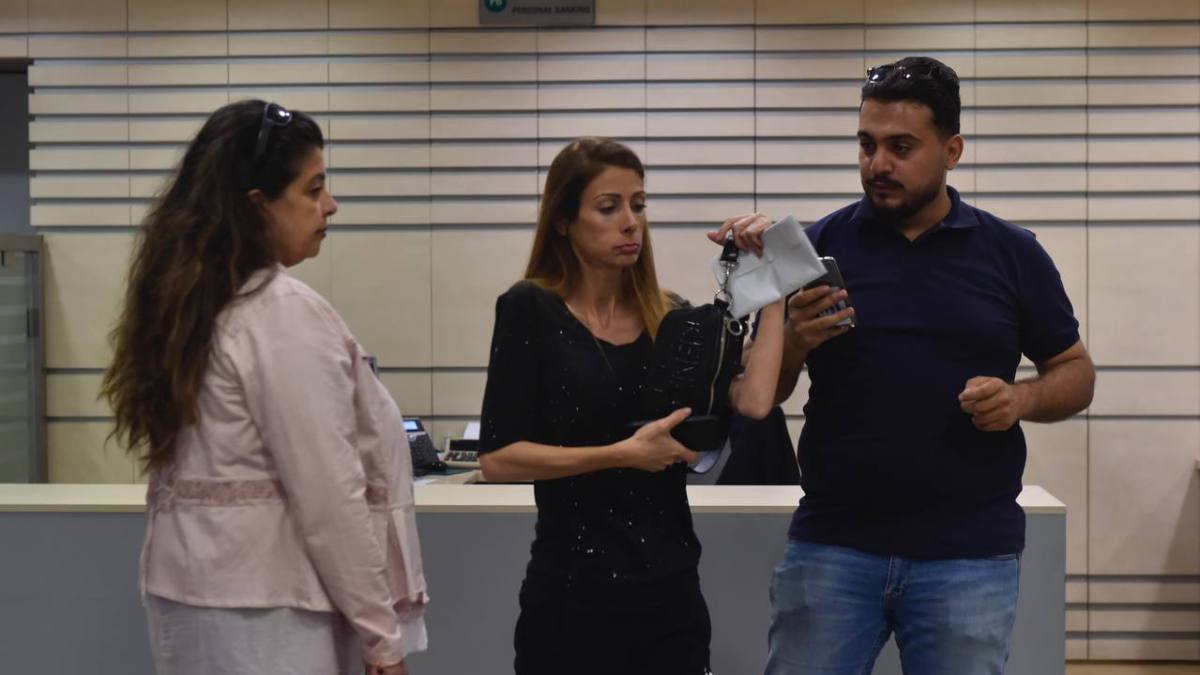 Today, Wednesday, some depositors' attempts to storm banks in Lebanon were renewed to demand their deposits, and Representative Cynthia Zarazir held a sit-down inside a bank to demand part of her money for an operation.

Zarazir told reporters after ending her sit-in and leaving the Byblos Bank in the northern suburb of Beirut, "I am a depositor and a citizen who came to claim my right after a series of procedures that the bank requested from me, but there was evasion."

"We reached an unfair solution, and there was pressure to sign an arbitrary paper," she added, without giving details.

Earlier today, Darren Dandashli (Zarazir's friend) posted a video on her Twitter account, in which she said, "We are at Byblos Bank Antelias. Zarazir had surgery on Friday, and the bank refused to give her the cost of the operation even after she submitted all the required reports from the hospital."

Dandashli added in another tweet, "The bank made an offer to Zarazir to take the amount at a low exchange rate, and of course I rejected the offer."

For its part, the local "Al-Jadeed" channel said that Zarazir - who was newly elected to the House of Representatives - entered Byblos Bank and closed its doors to meet with the branch manager and negotiated with him to obtain $8,000.

For its part, the Depositors Association also announced today that a retired depositor of the security forces stormed a bank in the southern suburb of Beirut to demand his deposit of 220 million pounds.

The official news agency also reported that a citizen fired his weapon at the Beirut Bank branch in the Jbeil region, after trying to enter without a prior appointment.

The agency added that the shooting caused material damage to the glass of the bank building, before the security forces came to the place and began their investigations.

Yesterday, Tuesday, depositors stormed at least 3 banks across the country to demand their deposits, and 7 similar incidents occurred last month that prompted banks to close their branches for a week before partially reopening their doors amid strict security measures.

Today, banks use special groups to guard their branches in addition to the security forces, and most of them receive customers based on prior appointments.

Dozens of citizens demonstrated yesterday, in front of the Central Bank in Beirut, to demand the recovery of their money stuck in banks.

Since the fall of 2019, banks have imposed strict restrictions on deposit withdrawals, which have increased little by little, until it has become almost impossible for depositors to dispose of their money, especially those deposited in US dollars, or transfer it abroad.

In light of the Lebanese economic crisis, which the World Bank has ranked among the worst in the world since 1850, the lira lost about 95% of its value.