Cannon salute for the East Indiaman in Monaco

Both the royal palace and the East Indiaman Gothenburg fired salutes when the ship arrived in the port of Monaco on Tuesday. 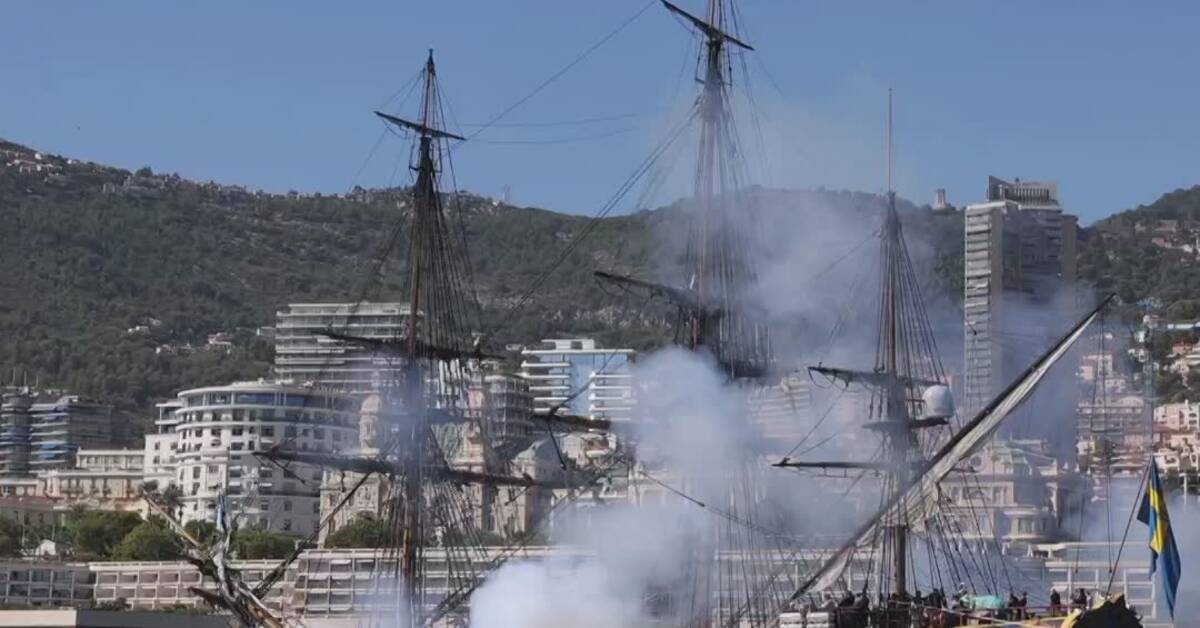 The East Indies liner Götheborg of Sweden sailed into the port of Monaco on Tuesday.

Salutes were fired from the ship, but also from the royal palace.

"The elephant in the room"

Along with the East Indiaman was transported a 2.4 high work of art in the form of an elephant which is a gift to HSH Prince Albert II of Monaco.

The artwork alludes to the concept of "The elephant in the room" and aims to point out the problems our oceans have with, among other things, ghost nets, which kill millions of animals and fish annually.

Prince Albert welcomed the East Indiaman to the dock and received the artwork created by Kattis Palmnäs on behalf of the animal and nature organization The Perfect World Foundation.