C1: Manchester City and Haaland well launched towards the 8th

Manchester City, thrown into orbit by the inevitable Erling Haaland, took a big step towards the knockout stages of the Champions League, thanks to their victory against Copenhagen 5-0 on Wednesday at home.… 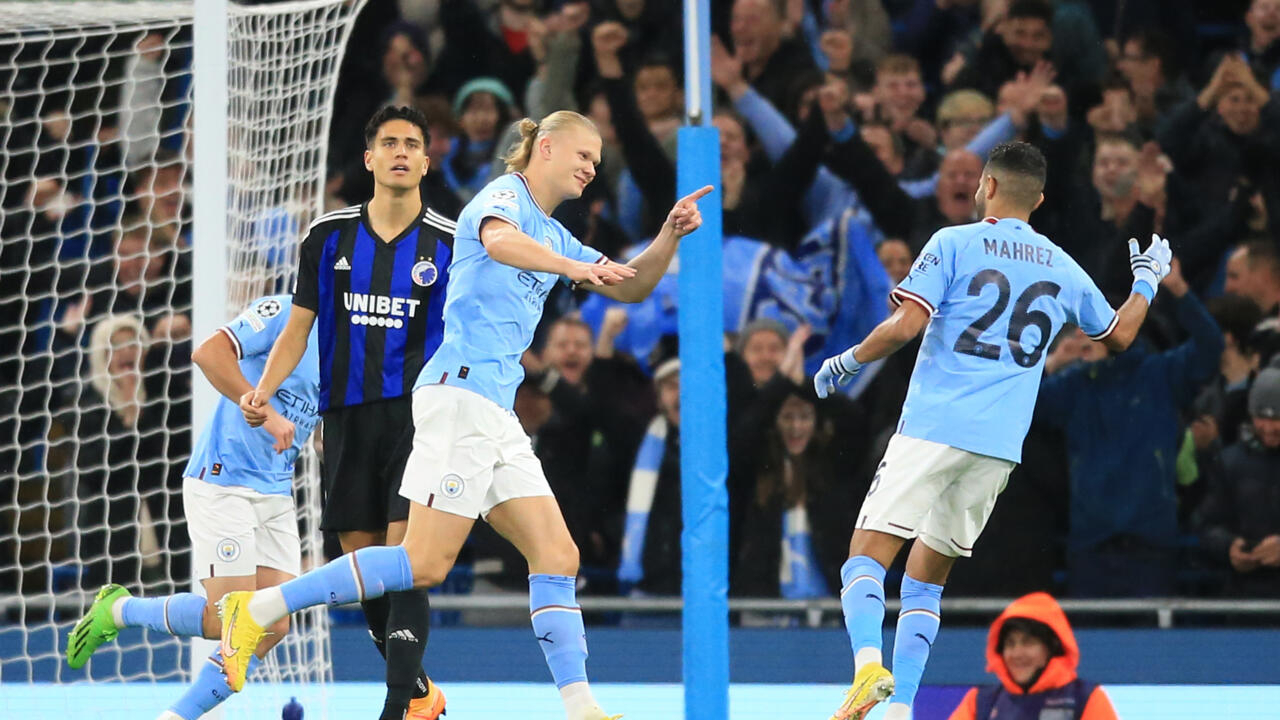 This third victory for City in as many C1 days still owes a lot to its 22-year-old Norwegian star, who scored twice in the first half hour before being spared by Pep Guardiola in the second period.

"His stats are frightening," the Catalan manager said after the striker scored a hat-trick in a 6-3 draw against neighbors Manchester United on Sunday.

Facing the Danes in Copenhagen, the Norwegian again sowed terror in the area.

It only took seven minutes for the Norwegian to open the scoring by volleying in a deflected cross from Joao Cancelo (1-0, 7th).

He then took advantage of a strike from Sergio Gomez not captured by opposing goalkeeper Kamil Grabara to double the lead (32nd).

Upon returning from the locker room, Pep Guardiola chose to preserve his star player, replaced by the young Cole Palmer, 20 years old.

But the 45 minutes spent on the lawn by Haaland further allowed him to improve his already maddening statistics.

The month of October has barely started when Haaland already has 19 goals on the clock, 14 in the Premier League and now 5 in the Champions League.

If Haaland initiated the offensive festival of his team, it continued with a strike from Sergio Gomez diverted in his own camp by David Khocholava (39th), then in the second period by a penalty scored by Riyad Mahrez (55th).

The Algerian winger sent an assist to Julian Alvarez for the 5-0 (76th).

All under the gaze of Haaland, showered and returned to the bench to watch the end of the match next to Phil Foden, author like him of a hat-trick against Manchester United and left to rest this Wednesday, just like Kevin de Bruyne.

In three Champions League games, Pep Guardiola's team has already scored 11 goals and is at the top of the very tough Group G, ahead of Dortmund and Sevilla.

Copenhagen, which has not won any matches or scored any goals, will find its executioner City on Tuesday.