War in Ukraine: what to remember on the 223rd day of the Russian invasion

Ukraine announced on Sunday that it had taken over the town of Lyman, in the Donetsk region annexed by Russia, when the Russian Constitutional Court ruled legal the treaties of annexation of Ukrainian territories signed by Vladimir Putin. Europe 1 takes stock of the 223rd day of the Russian invasion of Ukraine. 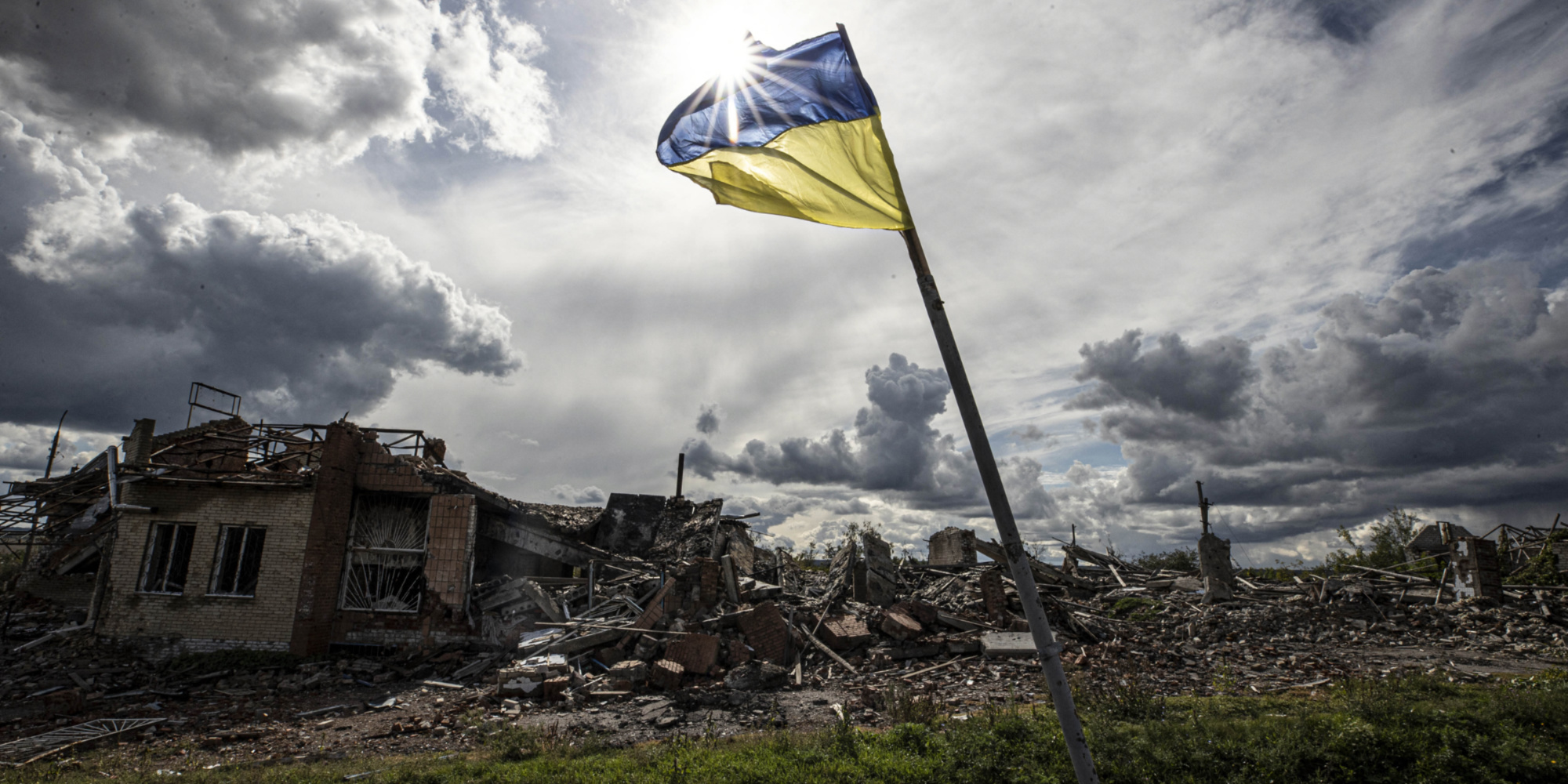 Ukraine announced on Sunday that it had taken over the town of Lyman, in the Donetsk region annexed by Russia, when the Russian Constitutional Court ruled legal the treaties of annexation of Ukrainian territories signed by Vladimir Putin.

Europe 1 takes stock of the 223rd day of the Russian invasion of Ukraine.

"As of 12:30 local time (9:30 GMT), Lyman is completely rid (of the Russian army). Thank you to our soldiers", welcomed Ukrainian President Volodymyr Zelensky in a video posted on social networks.

"I am optimistic and very motivated. I see the activity on the front line and the territories that are being retaken," rejoiced with AFP a 33-year-old Ukrainian soldier stationed near Lyman, in the eastern Ukraine, who goes by his nom de guerre "Smoke".

Ukraine announced on Sunday that it had taken over the town of Lyman, in the Donetsk region annexed by Russia.

- Kadyrov calls for the use of low-power nuclear weapons

Lyman, a major setback for the Russian army

On Saturday, Ukrainian soldiers entered this strategic city in the Donetsk region, whose annexation by Moscow on Friday was strongly condemned by kyiv and the West.

Anticipating this important tactical victory, because Lyman is a crucial railway junction, Volodymyr Zelensky had assured Saturday evening that next week, "new Ukrainian flags [will float] on the Donbass", where the Donetsk region is located.

Then he launched, addressing Russian soldiers and officials and referring to Russian President Vladimir Putin: "Until all of you solve the problem of who started it all, who started this senseless war against Ukraine, you will be released one after another, becoming scapegoats, because you do not admit that this war is a historical mistake for Russia".

The loss of Lyman, in the annexed region of Donetsk, is a major setback for the Russian army, unable at this stage to control all of the territories it occupies in Ukraine.

Despite the difficulties encountered on the ground by Russia since the beginning of a successful counter-offensive by kyiv at the beginning of September, the legal process of formalizing the annexation of the Ukrainian regions is following its course in Moscow.

After the signing of the annexation treaties on Friday with great fanfare in the Kremlin by Vladimir Putin and the leaders of the separatist and occupied regions, the Russian Constitutional Court judged them on Sunday "in accordance with the Constitution".

- Ukraine: 24 civilians found shot dead in their cars in the Northeast

According to Vyacheslav Volodin, the speaker of the Duma, the deputies of the lower house of the Russian Parliament will examine Monday a bill for the ratification of the treaties.

The adoption of this text is normally planned in the wake, before it passes before the upper house of Parliament, the Council of the Federation.

Annexations that make it "almost impossible to end the war"

The annexation of Ukrainian regions by Russia, however, is not recognized by the international community.

Pope Francis thus "begged" Vladimir Putin to "stop" the "spiral of violence and death" in Ukraine, while deploring the annexations "contrary to international law".

For the head of European diplomacy Josep Borrell, the annexation by Russia of Ukrainian territories makes "much more difficult, impossible, almost, the end of the war".

French President Emmanuel Macron, who spoke on Sunday with Volodymyr Zelensky, promised to work on "new European sanctions" against Moscow.

For their part, to strengthen the Ukrainian military arsenal and repel Russia, Germany, Denmark and Norway announced on Sunday that they were going to supply kyiv from 2023 with sixteen armored car artillery guns, Zuzana- 2 Slovaks.

- War in Ukraine: Kiev continues to put pressure on Moscow in the annexed regions

Chechnya leader calls for use of 'low-power nuclear weapons'

The difficulties encountered for several weeks by the troops in Moscow have provoked strong reactions from the fiercest Russian warmongers.

The leader of the Russian republic of Chechnya and loyal to the Kremlin, Ramzan Kadyrov, for example, called on the Russian army on Saturday to use “low-power nuclear weapons” in Ukraine, after the Russians withdrew from Lyman.

He also attacked the "nepotism" present according to him within the Russian armed forces, one of the main reasons for the military difficulties encountered for several weeks now by the troops in Moscow.

“There is no place for nepotism in the army, especially in difficult times,” he swore in a virulent message posted on social networks.

Ukraine also condemned on Saturday the "illegal detention" of the general director of the Zaporijjia nuclear power plant (south), Igor Murachov, arrested for a reason still unknown on Friday by Russia, which controls the site, before being released on Monday.

In a statement, the head of the International Atomic Energy Agency (IAEA), Rafael Grossi, spoke of a "serious concern".

Rafael Grossi "is expected to travel to kyiv and Moscow next week," the statement read.