The Swedish parliamentarian cut his hair in the EU Parliament

During the evening, the protests in Iran were debated in the EU Parliament. During the debate, the centrist EU parliamentarian Abir Al-Sahlani stepped up to the podium - and cut off his hair after a speech. - I'm so fucking tired of these old men's mumbling, she says to Aftonbladet. 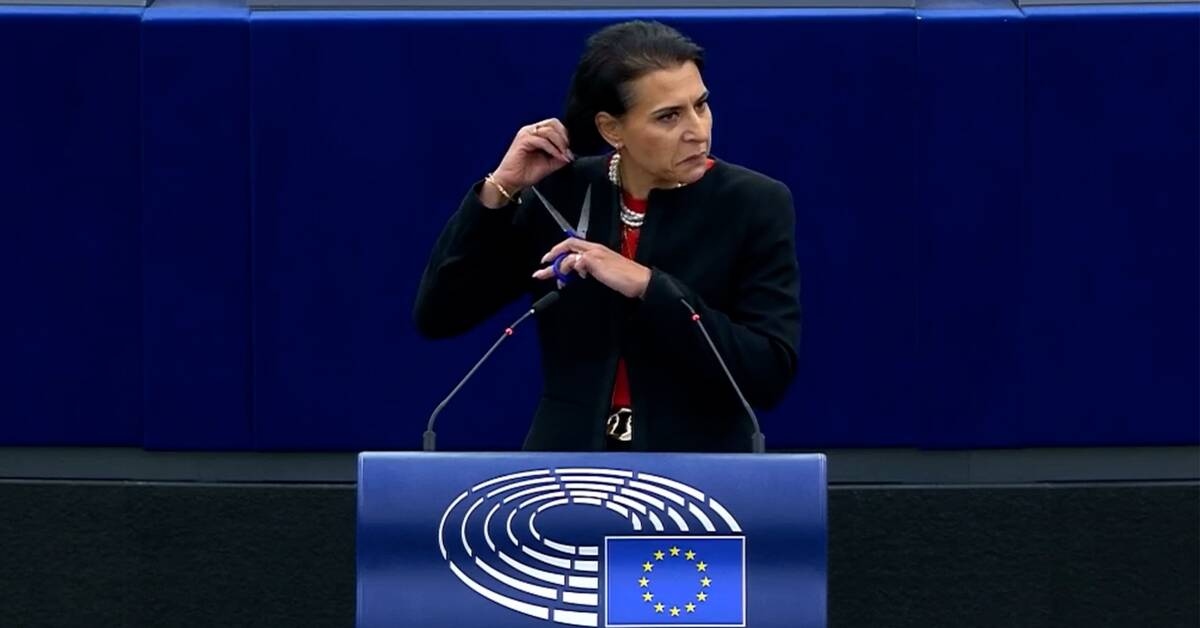 In the speech, she criticizes the other parliamentarians and says that they have done too little to meet the courage that Iran's women have shown during the last few weeks' widespread protests.

For almost three weeks, thousands of people have participated in the protests against the regime after 22-year-old Mahsa Amini was killed by the Iranian security police.

On Tuesday, the EU Parliament convened to debate the protests.

When it was Abir Al-Sahlani's turn to speak, she directly addressed the European Union's High Representative for Foreign Affairs and Security Policy, Josep Borrell, and demanded a clearer stance.

- A courage that has not been met by you, Josep Borrell, when you did not take the chance in the UN General Assembly to take a clear stand for human rights, she says.

After the speech, she took out a pair of scissors that she had hidden in her speech papers and cut off her hair.

- I'm so fucking tired of these old men's mumbling, especially when it comes to women's rights.

I did it to show that the voice of Iranian women is heard all the way here, she tells Aftonbladet.

According to Al-Sahlani, Borrell must have reacted by gaping wide in amazement, while many others hugged her on the way out and thanked her.

She explains to the newspaper that it is a tradition in Iran for women to cut their hair when they are angry or sad.

Abir Al-Sahlani, who originates from the neighboring country of Iraq, says that it felt "absolutely right" and that she had a need to "act and not just say things".