The Basque Government has denied 224 common prisoners their admission to the three Basque prisons it manages since October 1, 2021. Most of these refusals are justified... 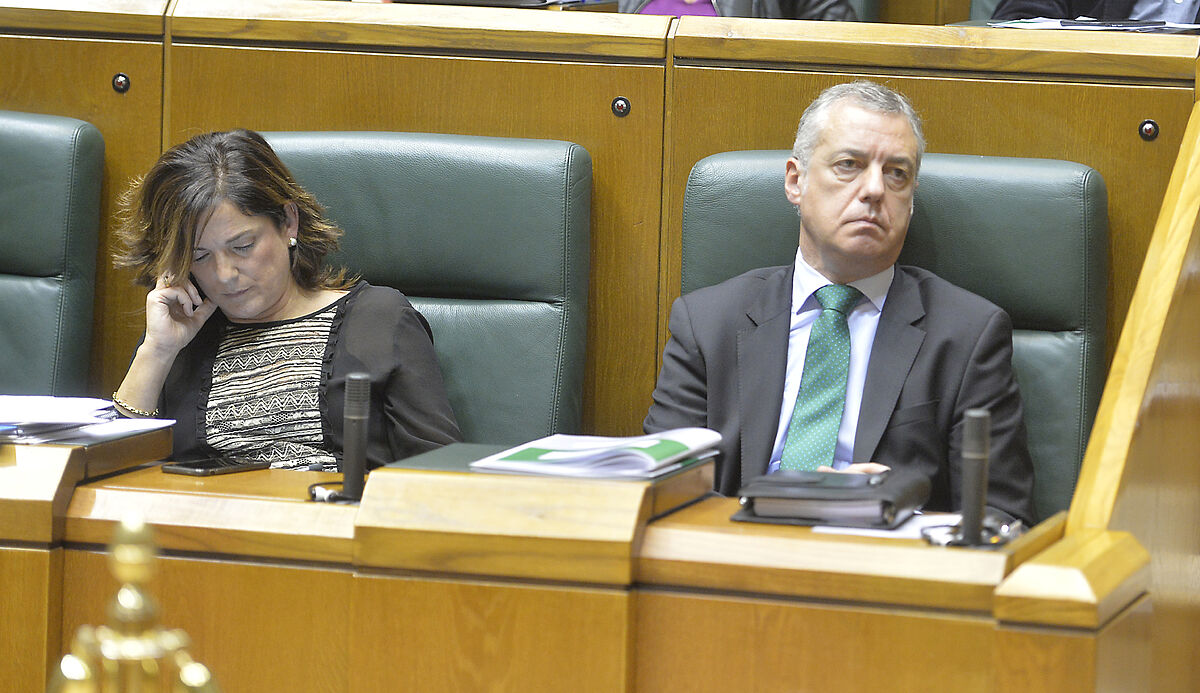 The Basque Government has denied 224 common prisoners their entry into the three Basque prisons it manages since October 1, 2021. Most of these refusals are justified by

In the case of those convicted of crimes of ETA terrorism, in five cases (the remaining 2%) the transfer has been denied.

Currently, according to the latest data provided by the councilor

, there are 116 people convicted of being linked to ETA in the Basque Country, although almost one in three are already serving their sentences in conditions of semi-liberty.

claimed during the plenary session held in the Basque Parliament but that the Minister of Justice did not clarify.

After the celebration of the Government Council and questions from journalists, Artolazabal has confessed that during the last year 388 requests have been received from prisoners (both common and ETA) to enter Basque prisons and 157 have been granted.

Artolazabal had already announced on September 8 in a radio interview on Radio Vitoria that 5 requests to members of the band had been denied.

Refusals in which "the same rigor and prudence" had been used as with the rest of the requests.

The counselor has pending since last May a parliamentary appearance registered by Gordillo to clarify how the rooting criterion that penalizes prisoners with common crimes is being applied.

The approaches of ETA promoted since 2019 by the Government of Pedro Sánchez have increased the presence of these inmates in prisons such as Zaballa (Álava).

In the Alava prison alone there are already 60 ETA members, including Henri Parot and Javier García Gaztelu 'Txapote'.

The last twelve approaches were made in the last week of last September.

A policy of rapprochement coordinated by the governments of Pedro Sánchez and Lehendakari Urkullu that EH Bildu applauds.

Julen Arzuaga, parliamentarian and member of the commission in charge of controlling the compliance conditions of the ETA members, today highlighted the "great steps" taken by the Basque Executive in the management of the prisons.

In an interview in Bizkaia Irratia, Arzuaga has advocated culminating in 2022 the rapprochement of all ETA prisoners.

At present, and according to information from the Etxerat ETA family association, there are only

31 inmates linked to the gang outside the Basque Country

Among them, a dozen are in the prisons of Logroño and El Dueso (Santoña) located next to the limits of the Basque Country.

EH Bildu, which has maintained a direct line with Penitentiary Institutions since 2019, intends to accelerate a "progressive model" in Basque prisons that would go through the replacement of the current staff by "young people from here help the prisoners to make their journey", as defended by the former lawyer for ETA prisoners and a Basque parliamentarian.

The Basque Government has activated a new job bank for the first group of 60 interim prison officers.

803 candidates have registered their application and, after being assessed, those chosen will have an 'express' training of ten half days before starting to work in the three prisons.

The Basque Government intends to approve a new Job List (RPT) in its three prisons during 2023 and aspires to convene the first Public Employment Offer (OPE) before the legislature ends in the summer of 2024.