North Korea launches a missile on Japan, which asks its citizens to take refuge "underground"

"It is likely that a projectile that appears to be a North Korean ballistic missile has flown over Japan." The clock was about to strike 8:00 in Tokyo... 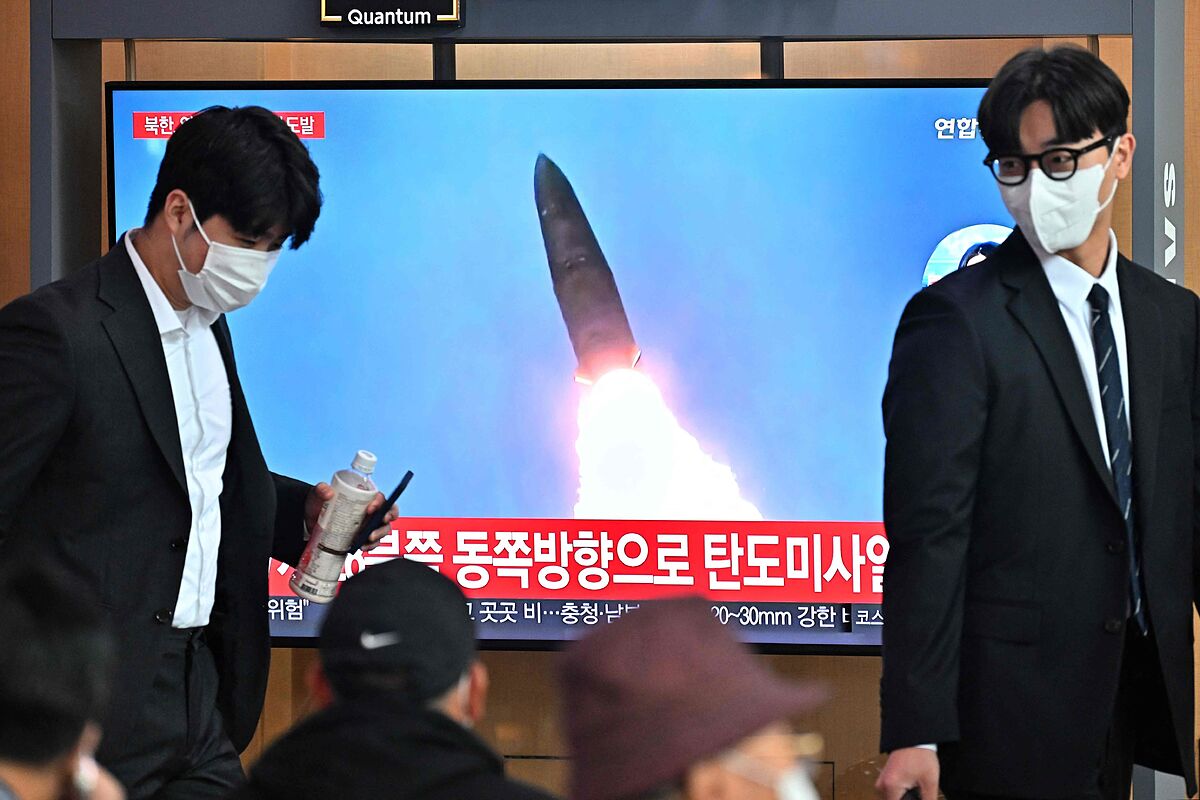 The clock was about to strike 8 a.m. in

when the Japanese prime minister's office posted this announcement on Twitter, which was later accompanied by a strange warning to citizens of two northern prefectures,

"inside a building or underground".

It had been a long time since the anti-aircraft sirens had sounded in Japan because of the threat in the form of a missile launched from neighboring North Korea.

The last time a North Korean projectile flew over Japanese land, specifically the island of Hokkaido, was in September 2017, shortly after

carried out its last nuclear test.

According to reports from Japan and

an intermediate-range ballistic missile was launched at around 7:22 a.m. from

Japanese media reported that trains were suspended in Hokkaido and Aomori until it was confirmed that the missile had fallen into the Sea of ​​Japan, called

the East Sea in the two Koreas,

outside the exclusive economic zone of the Asian country.

"North Korea's series of actions, including its repeated launches of ballistic missiles, threatens the peace and security of Japan, and poses a serious challenge to the entire international community," said senior Japanese government spokesman

in a brief press conference.

fifth projectile launch that Pyongyang has launched in the last 10 days.

has carried out 23 tests so far this year, from hypersonic weapons to its feared intercontinental ballistic missiles (ICBMs), capable of reaching the

North Korea has never before launched so many launches in such a short time.

they have been sponsoring for a couple of months that the main course will soon arrive: a nuclear test.

Doing so would be his seventh test with Kim at the helm, the first since 2017.

This latest missile to fly over Japan comes a few days after the military from Washington,

which is in South Korea for the first time in five years, staged massive joint exercises.

Some exercises that also coincided with the visit of the US Vice President,

that separates the Koreas, becoming the first

official to do so and unleashing Pyongyang's warning: "A extremely dangerous act that could bring the peninsula to the brink of war."