Iranian schoolgirls throw away their hijabs in protest against the regime

During the day, thousands of Iranian teenage girls have joined the protests against the country's regime. At the same time, the nationwide protests are met with increasingly violent tear gas, mass arrests and shelling. 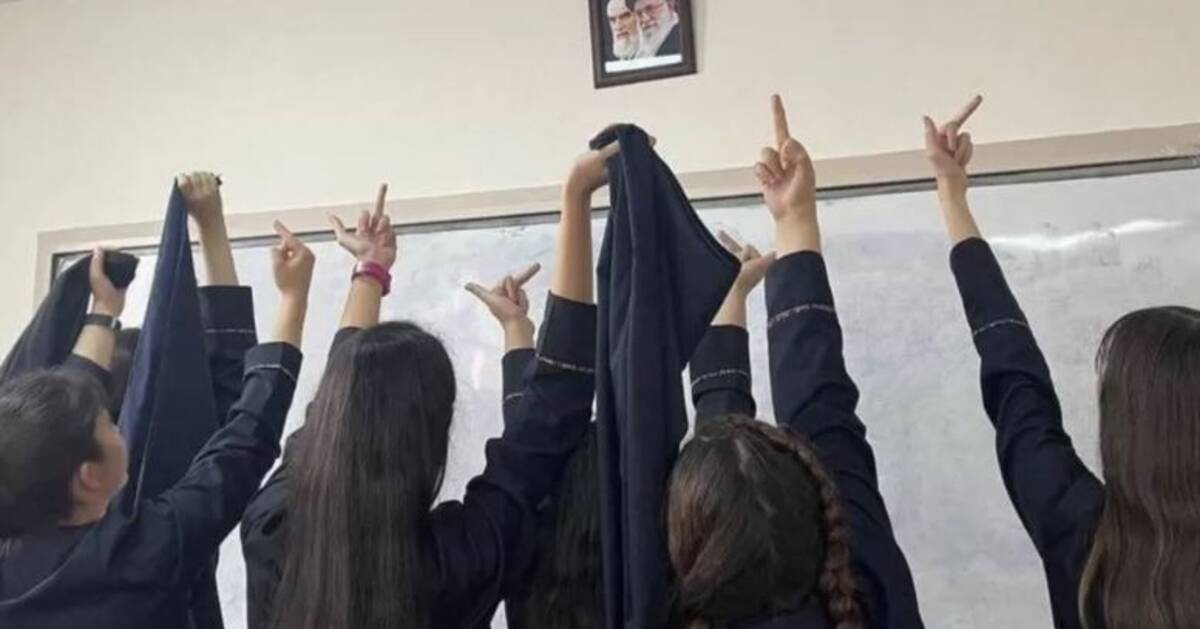 In a series of videos and pictures published on social media over the past 24 hours, you can see how girls in the country's schools have joined the protests.

In a clip verified by the BBC, a large group of teenage girls can be seen taking off their hijabs and protesting in a school yard.

Among other things, they can be heard shouting slogans such as "the mullahs must go" and "death to the dictator".

In another video, said to have been filmed at a school in the city of Karaj, west of Tehran, a group of girls with their hair out can be seen chasing a local school politician from the school, shouting "shame on you".

And in a photograph posted on Twitter on Tuesday, a group of girls without headscarves can be seen pointing at a portrait of Iran's Supreme Leader Ayatollah Ali Khamenei in a classroom.

The increasingly extensive protests started just over two weeks ago in connection with the death of the 22-year-old Kurdish woman Mahsa Aminis after an intervention by the country's notorious morality police.

Her alleged crime was not wearing the obligatory veil correctly.

However, the regime's response has been harsh and the protesters have been met with tear gas, mass arrests and sharp shooting.

Human rights organizations estimate the death toll to be much higher than the 41 people reported by state Iranian television.

Scores of protesters, activists and journalists have been arrested.

Media both inside and outside of Iran also continue to struggle to get reliable information from the country as access to the internet has been cut off throughout Iran at times.

The films and images that still reach social media are often taken by private individuals who risk their lives by documenting the regime's abuses.