The wild rise of the US dollar, which is recording successive record levels against many currencies, raises fears of the collapse of other currencies, and of a major crisis that the world has not witnessed since the Asian crisis in 1997. 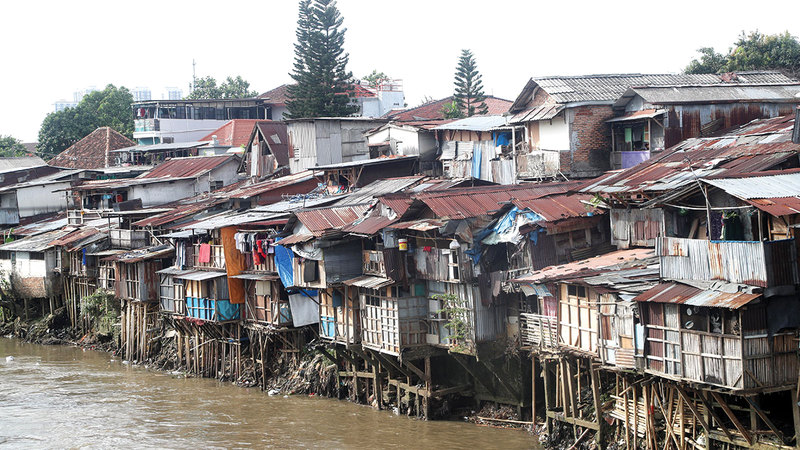 How bad must things go before the US Federal Reserve takes action?

The wild rise of the US dollar, which is recording successive records against many currencies, raises fears of the collapse of other currencies, and of a major crisis the world has not witnessed since the Asian crisis in 1997.

Thanks to the sudden rise in interest rates approved by the US Central Bank and the improvement in economic activity, the US currency pushed the British pound, the Indian rupee, the Egyptian pound, or the South Korean won, down to levels not known before.

Disastrous situation for some currencies

“Obviously we are seeing extreme moves (...), and the dollar can go much further than that," says Brad Bechtel of Jefferies Group.

So we could end up in a catastrophic situation” for some currencies.

The move of most central banks, such as the Federal Reserve, and the tightening of fiscal policy have not played a major role so far, other than the direct intervention of the Bank of Japan in the foreign exchange market, to support the yen last week.

Many fear that the same could apply to the intervention of the Bank of England, whose announcement, on Wednesday, of buying British bonds, led to an improvement in the exchange rate of the British pound.

Patrick O'Hare of Briving.com commented: "We have some doubts that the BOE's plan is the ultimate solution to the concerns that are weighing on the pound and the UK bond market."

And it's not just the UK that's in a bad situation, there are emerging countries that are in even worse shape.

The Pakistani rupee lost 29% of its value in one year against the dollar, and the Egyptian pound lost 20%.

Pakistan, Egypt, Sri Lanka and Bangladesh are “all suffering from a global liquidity shortfall,” according to Win Thein of BBH Investor Services.

The high prices of oil and grains, which are among the most important imports of these countries, have led to an increase in their trade deficit and inflation, two factors that negatively affect their currencies.

The rise of the dollar has exacerbated this phenomenon, because many raw materials are priced in the green currency.

"These structurally weak countries are likely to be the first to be tested" if the dollar rises further, says Win Thein.

In addition, Pakistan suffered historic floods in August, which prompted the government to discuss restructuring its debt.

“The financial system is under tremendous pressure right now, and it is only a matter of time before there is a major crisis elsewhere in the world,” says Adam Patton of ForexLive.

The United States is slowing down

In Taiwan, Thailand, or South Korea, for example, all of which also rely heavily on energy imports, China's zero-Covid policy has caused its exports to the giant country to plummet, and the global economic slowdown is threatening its trade in general.

As for China and Japan, although the size of their economies put them in a better position than their neighbors, the two countries have contributed in recent weeks to the turmoil in the foreign exchange market.

And then the Japanese yen and the Chinese yuan fell, finally, to their lowest level in 24 and 14 years, respectively.

Fear of destabilization brings back memories of the 1997 Asian crisis caused by the devaluation of the Thai baht.

It was followed by Malaysia, the Philippines, and Indonesia, which panicked foreign investors and led to mass withdrawals, plunging several countries on the continent into recession and bringing South Korea to the brink of default.

The notable difference with 1997, says Eric Nielsen of Wells Fargo, is that “today there is no consistent correlation with specific foreign currencies, at least among the large emerging countries.”

At the time, the collapse of the baht was partly related to its fixed parity with the dollar, forcing the country to prop up its currency at the expense of depleting its foreign exchange reserves, which meant a death sentence for any currency.

Among the few countries that still peg its currency to the dollar, Lebanon announced, on Thursday, that it will soon devalue the Lebanese pound to 15,000 pounds to the dollar, compared to 1,507 pounds at the current official rate.

Only the United States appears to be able to bring down its currency, but “with inflation rising in the US, the Federal Reserve is looking at a strong dollar as a blessing,” says Christopher Vecchio of DailyFX.

He added that this "helps insulate the (US) economy from additional inflationary pressures", as the country pays less for imported products.

The US Treasury Secretary, Janet Yellen, said a few days ago that the monetary tightening led by the US Central Bank does not cause "turmoil" in financial markets.

But Adam Patton says, "The question is, how far must things deteriorate before the US Federal Reserve takes action?"

Thanks to the sudden rise in interest rates approved by the US Central Bank, and the improvement in economic activity, the US currency pushed the British pound, the Indian rupee, the Egyptian pound, or the South Korean won, down to levels not known before.

The financial system is under tremendous pressure, at the moment, and it is only a matter of time before a major crisis occurs elsewhere in the world.