Limited in electricity, the Gaza Strip leads its solar revolution

In the Gaza Strip without electricity for 12 hours a day, Yasser al-Hajj, a fish farmer and restaurant owner, decided to bet on solar panels to reduce his utility bills. 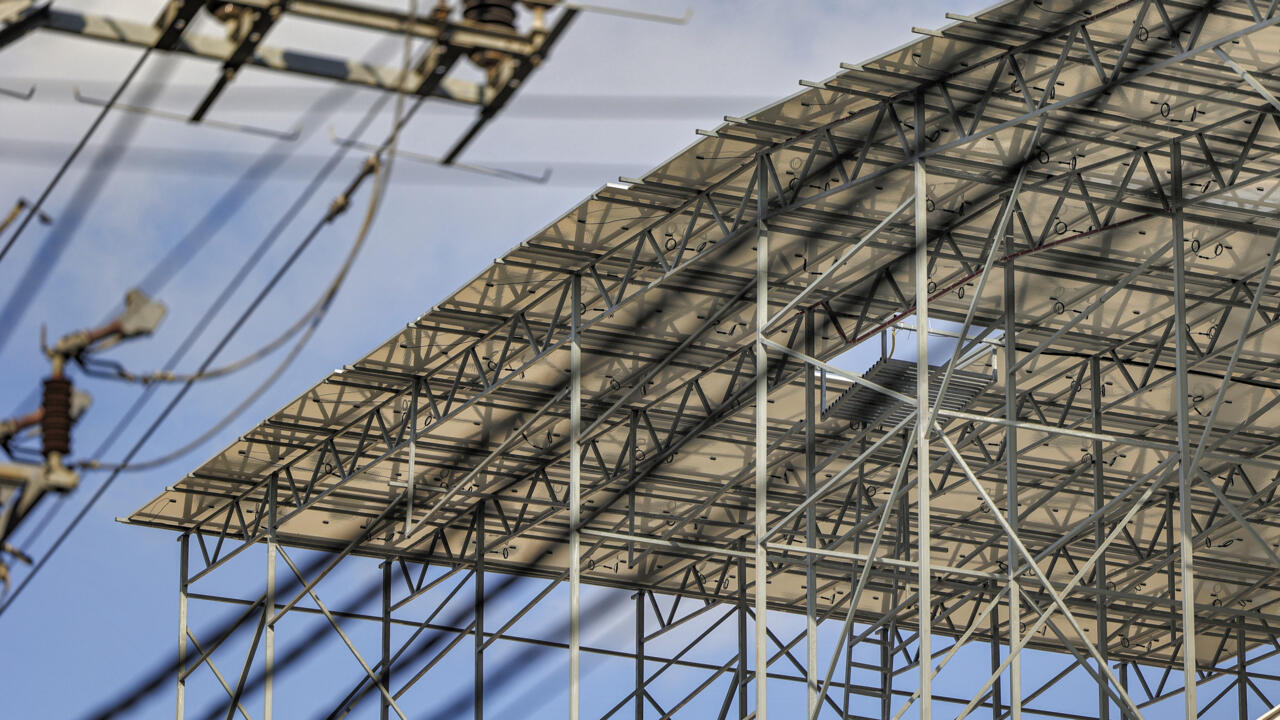 "Electricity is the backbone of the project," explained to AFP this Palestinian who equipped his fish farm with photovoltaic panels six years ago.

"We rely on solar energy to provide oxygen to fish and to draw water from the sea," he says, standing in front of a dozen dusty panels covering ponds where fish swim.

According to Yasser al-Hajj, the introduction of renewable energies has enabled him to reduce his electricity bill by two thirds.

The authorities in the Gaza Strip, controlled by the Islamist movement Hamas, are unable to provide more than 12 hours of electricity a day in this Palestinian enclave, which has been under an Israeli blockade since 2007 and served by a single power plant damaged by the multiple conflicts.

While some Gazans use fuel-intensive generators, others turn to solar energy like Yasser, to afford energy independence, in a region where the sun shines more than 300 days a year.

From diesel to sun

In recent years, solar panels have flourished on rooftops in Gaza, where 20% of homes now rely on solar, according to the journal Energy, Sustainability and Society.

Owner of a bakery, Bishara Shehadeh installed a hundred solar panels on the roof of his business this summer.

“We currently use diesel ovens, but we want to import electric ovens from Israel and run them with solar,” he says.

The energy transition of the bakery, like that for fish farming, is possible thanks to funding from foreign donors.

Gazans are also putting their hands in their pockets but, in a territory where according to the UN nearly 80% of the inhabitants depend on humanitarian aid, not everyone has the means to go green.

Bishara Shehadeh notably took out a four-year loan to finance his project.

"Over the past two years, entrepreneurs have turned to solar energy because it saves (money) and is a profitable investment," says engineer Shehab Hussein, of local company MegaPower, specialized in solar kits.

According to him, solar panels can be installed from 1,000 euros.

Most of the solar tiles used in Gaza come from China.

With a minimum of maintenance, they can serve several years but their batteries must be changed every two or three years.

Raya al-Dadah, head of the Sustainable Energy Technology Laboratory at the University of Birmingham in the UK, says the solar panels used by her family in Gaza are over 15 years old, so not very young, but , she says, "the water in the shower is always very hot".

While installing standard panels to heat water is relatively simple, Ms. Dadah has encountered difficulties in importing more sophisticated technologies, in particular because of restrictions imposed by Egypt and Israel which control entry points to Gaza. .

Among the novelties, rotating panels that follow the path of the sun to optimize energy supply.

Advanced technology, more expensive, developed on the other side of the border, by the Israeli company SolarGik, thanks to a device for monitoring weather conditions.

"This system allows us to produce 15 to 20% more electricity than standard panels", explains to AFP Gil Kroyzer, the group's CEO, stressing that these panels should one day be able to "predict the weather" thanks to artificial intelligence.

"The revolution is underway (...) but we need better ways of storing solar energy before we can replace fossil fuels".