3 years after he left the country, controversy in Sudan due to a massive reception for the last prime minister of the Bashir regime

The massive reception in Port Sudan of Muhammad Taher Ella - the last prime minister in the regime of Omar al-Bashir - sparked a great controversy in Sudan because of his affiliation with the dissolved National Congress Party, and the presence of reports and arrest warrants issued against him. 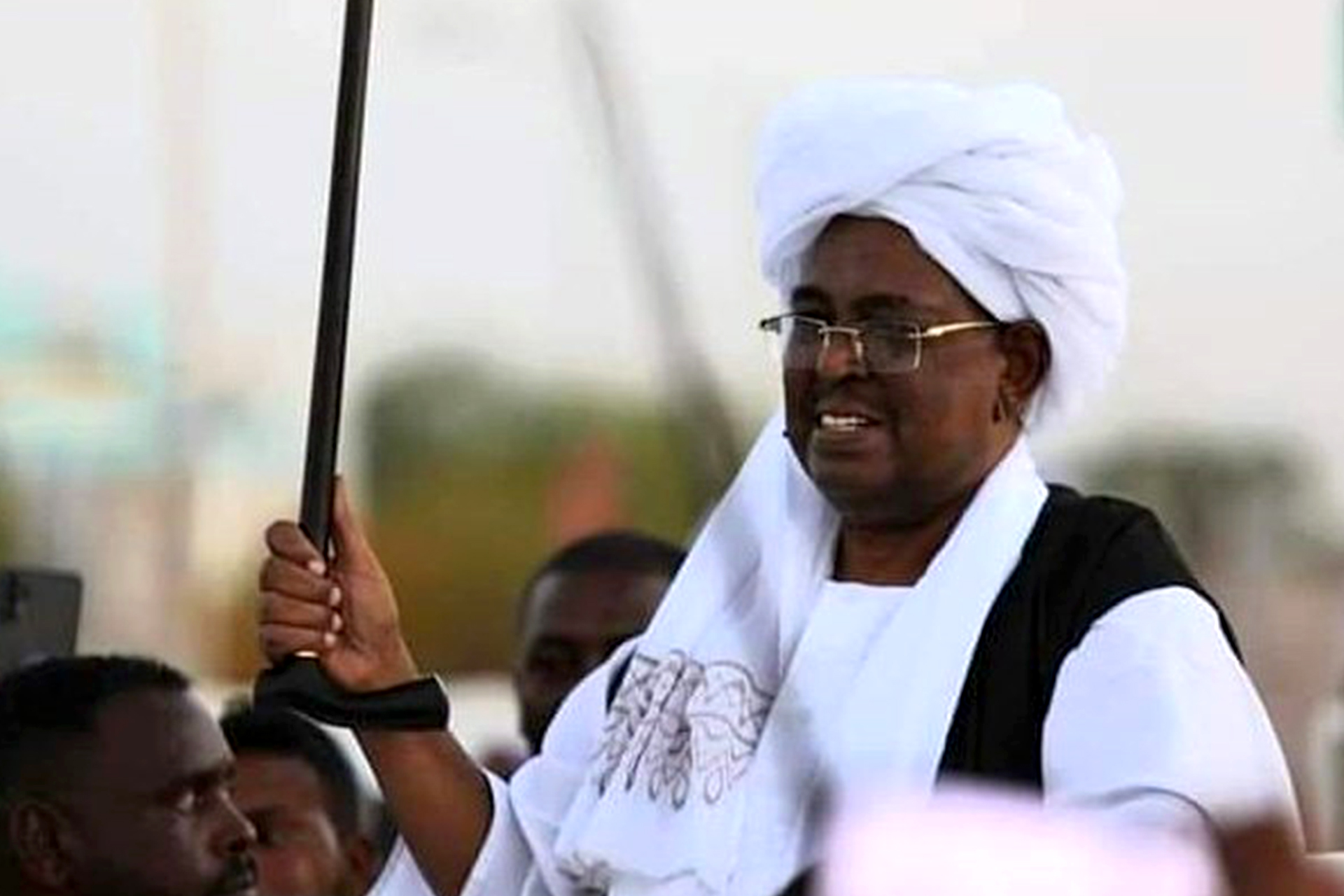 After leaving Sudan through the narrow door following the overthrow of former President Omar al-Bashir in April 2019, Dr. Mohamed Taher Ella - the last prime minister in the era of the isolated regime - received a great reception upon his return to the country, so what has changed between the two times?

A plane carrying Ella landed at Port Sudan Airport (in the east of the country), his hometown, on Saturday afternoon, in the midst of a large presence of his supporters, who were estimated at thousands, and raised banners glorifying the man, such as "Ela Hadid".

A large crowd attended the celebration - which was held on a platform outside the airport walls - as well as civil leaders and politicians affiliated with the (Dissolved) National Congress Party and the (Dissolved) Islamic Movement, in addition to the people, some of whom came from outside the Red Sea State.

Ella’s return raises a great deal of controversy in Sudan for two reasons: the first is his affiliation with the dissolved National Congress Party, and his leadership of the last of its governments before the overthrow of Al-Bashir, and the second is related to the presence of reports and arrest warrants issued against him by the Empowerment Removal Committee (frozen) on charges related to corruption cases.

But the door of the biggest controversy that inevitably opened with his return related to the welcoming crowds that waited for him at the airport and in front of his courtyard outside Port Sudan.

Ella is considered one of the most close associates of the ousted President Omar al-Bashir, to the extent that he was appointed prime minister in his last government (February to April 2019) during the height of the protests demanding the departure of the ruling authorities at the time (December 2018 to April 2019). .

Ella gained most of his fame during the period he spent as governor of the coastal Red Sea state, and during his era he turned the city of Port Sudan into a tourist destination, which prompted Al-Bashir to transfer him as governor of Gezira state in an attempt to repeat the same scenario in central Sudan.

However, Ella’s movements in the Red Sea and Port Sudan were marred by criticism “related to his holding method, awarding contracts to companies without implementing the principle of transparency, in addition to accusations of focusing his efforts on the main cities (Port Sudan and Madani), the imbalance of exchange during his reign and directing him to road and building projects instead of building people.” According to activists.

Ella was born in the Jibet region (eastern Sudan) in 1951, to a well-off father who belongs to the "Handandwa" tribe, which helped him receive a higher education, including obtaining a bachelor's degree from the Faculty of Economics, University of Khartoum, and a master's degree in the United Kingdom.

During the university era, Ella joined the organization of the Islamic movement, which later led him to assume executive duties in its successive governments.

In his speech after his return, Ella summarized his mission to establish principles of coexistence in the state and to work for the development of the Eastern Province.

I just saw the responses to yesterday's tweet.. Ella's reception hordes only ignorant people deny it...Even arrogance is convincing for

Yehu... Denial does not build a homeland... Facing the truth and dealing with its facts honestly leads us to a healthy reality..

Supporters of the visit

The Supreme Council of the Beja Opticals and Independent Al-Amoudiya (Eastern Sudan) comes at the top of the parties that welcome Ella's return.

The Political Secretary and Spokesperson of the Council, Syed Ali Abu Amneh, confirmed that the return of Muhammad Taher Ella supports the region's issues in the files of federal governance and the division of wealth and power with the Center.

Abu Amna told Al Jazeera Net that Ella confirmed these points in his brief public speech, expressing his hope that he would contribute to pressure with them to cancel the East Path Protocol, which is included in the Juba Agreement signed in October 2020.

The Council opposes the agreement, claiming that it perpetuates a tribal component at the expense of the rest of the components in eastern Sudan.

In turn, the Islamic leader Osama Abdel Majid denied the existence of a link between the return of Ella and the Islamic movement and the National Congress.

He told Al Jazeera Net that this return was made by a unilateral decision, and in isolation from the movement and the party, but any gains or breakthroughs that Ella achieves in the region are in the interest of the two organizations.

The Alliance of Forces for Freedom and Change stands out among the parties that reject the return of Ella, and the judicial authorities demand that the complaints against him by the Empowerment Committee move forward.

And the leader of the coalition, Salma Nour, believes that the return of Ella reveals the undeclared alliance that seized power on October 25, 2021 between the military and leaders of the deposed Bashir regime, and she told Al Jazeera Net that Ella's return is just the beginning of the return of the former regime in a blatant manner in the coming period.

She added, "It is not excluded that the man will be named to a high position based on the releases of the leaders of the isolated regime, and the return of many of their dismissed members to the civil service system."

She described the crowds that greeted Ella as "made crowds, assembled by paying money and gifts".

Today, Sunday, the Eastern Land Resistance Committees in Port Sudan issued a statement confirming their unity and cohesion, and their common position rejecting Ella's visit as the last prime minister of President Al-Bashir.

However, this position comes as a result of reports of divergent views on the issue of return among the committee leaders who are divided in their affiliations between several political parties and civil entities, while most of them are staying away from party umbrellas.

The Public Prosecution disrupts the procedures for arresting Ella despite the issuance of an arrest warrant against him... #Sudan #SudanCoup pic.twitter.com/UZx8rQgTSo

controversy of the law

Member of the Democratic Lawyers Alliance, Amjad Abdullah, said that the performance of the Public Prosecution Office in Sudan has become a source of raising many questions.

He added to Al Jazeera Net that Ella's return makes us ask about the way the prosecution deals with the file of fugitives from facing criminal charges.

For his part, the activist lawyer in the east of the country, Khaled Nour, announced the freezing of the complaints against Ella, with the decision to freeze the Empowerment Removal Committee, but he returned and assured Al Jazeera Net that Ella must face these charges, to clear his name before returning to the public arena.

In turn, the political analyst Al-Nour Ahmed Al-Nour linked the return of Ella to the issues of eastern Sudan, especially the ports overlooking the Red Sea, and he told Al-Jazeera Net that the man, due to his extensive relations, will play a decisive role in this file.