In a vibrant appeal, the sovereign pontiff addressed Sunday, October 2 directly to the Russian president, asking to put an end to the conflict in Ukraine. Francis also condemned the recent annexation... 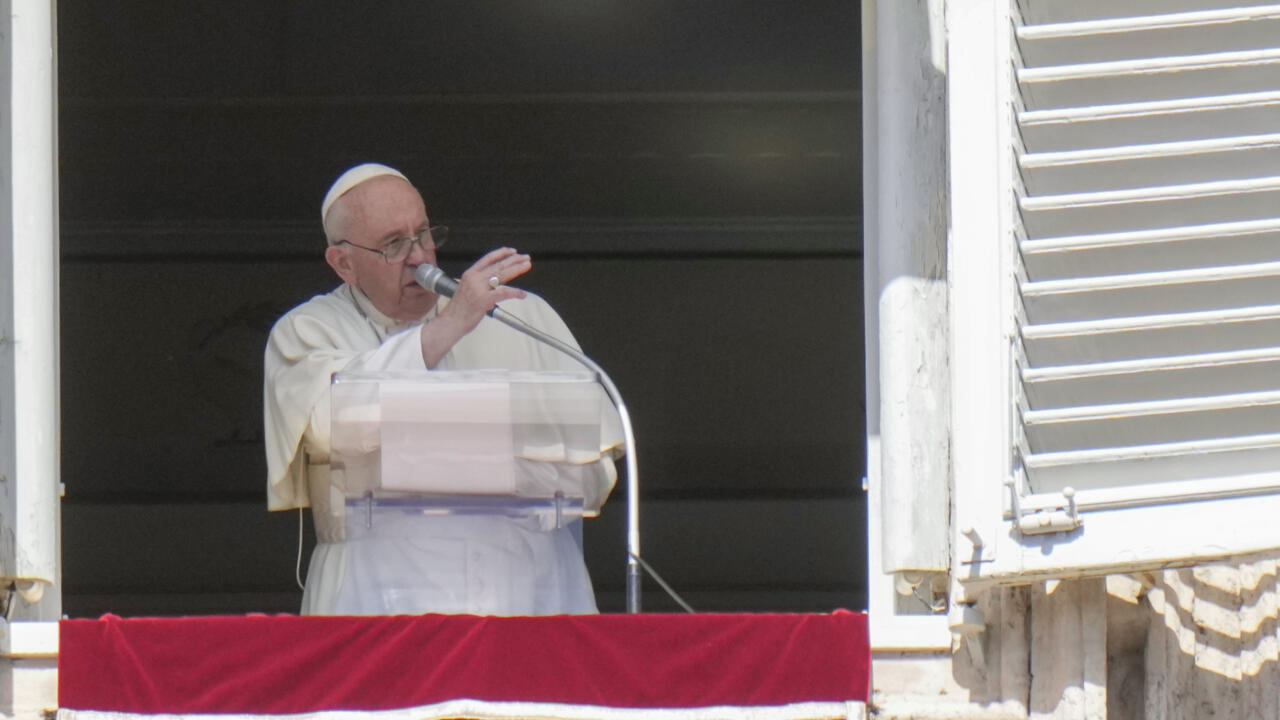 Pope Francis blesses the faithful at the end of the noon Angelus prayer, from his studio window overlooking St. Peter's Square, in the Vatican, Sunday, October 2, 2022. AP - Alessandra Tarantino

In a vibrant appeal, the sovereign pontiff addressed Sunday, October 2 directly to the Russian president, asking to put an end to the conflict in Ukraine.

to concrete proposals for peace

As a sign of the deep concern aroused by the escalation of the conflict in Ukraine, the pope devoted his entire address on Sunday to the war.

Francis said he was "

It is distressing that the world learns about the geography of Ukraine through names like Bucha, Irpin, Mariupol, Izium, Zaporizhya and other localities, which have become places of indescribable suffering and fear.

But for the first time, the sovereign pontiff spoke directly and publicly to Vladimir Putin.

My appeal is addressed above all to the President of the Russian Federation, begging him to stop, also out of love for his people, this spiral of violence and death.

Francis, in his appeal, also explicitly condemned the Russian annexation of Ukrainian provinces, "

actions contrary to the principles of international law

", a situation which, according to the pope, "

increases the risk of nuclear escalation, to the point of making fear of uncontrollable and catastrophic consequences on a global level

The sovereign pontiff also asks President Zelensky to be “

open to serious proposals for peace

For the pope, the world is on the verge of chaos.

His vibrant appeal echoes another famous address, that of his predecessor John XIII, during the Cuban missile crisis.

The war in #Ukraine has become so serious and threatening that it is causing great concern.

In the name of God and in the name of the sense of humanity that dwells in every heart, I renew my call for an immediate ceasefire!

►Find all our articles on the war in Ukraine