The High Court of the Capital of Pakistan has granted the dismissed Prime Minister Imran Khan "temporary bail", which prevents his arrest by hundreds of policemen who have gathered around his house since yesterday evening to arrest him. 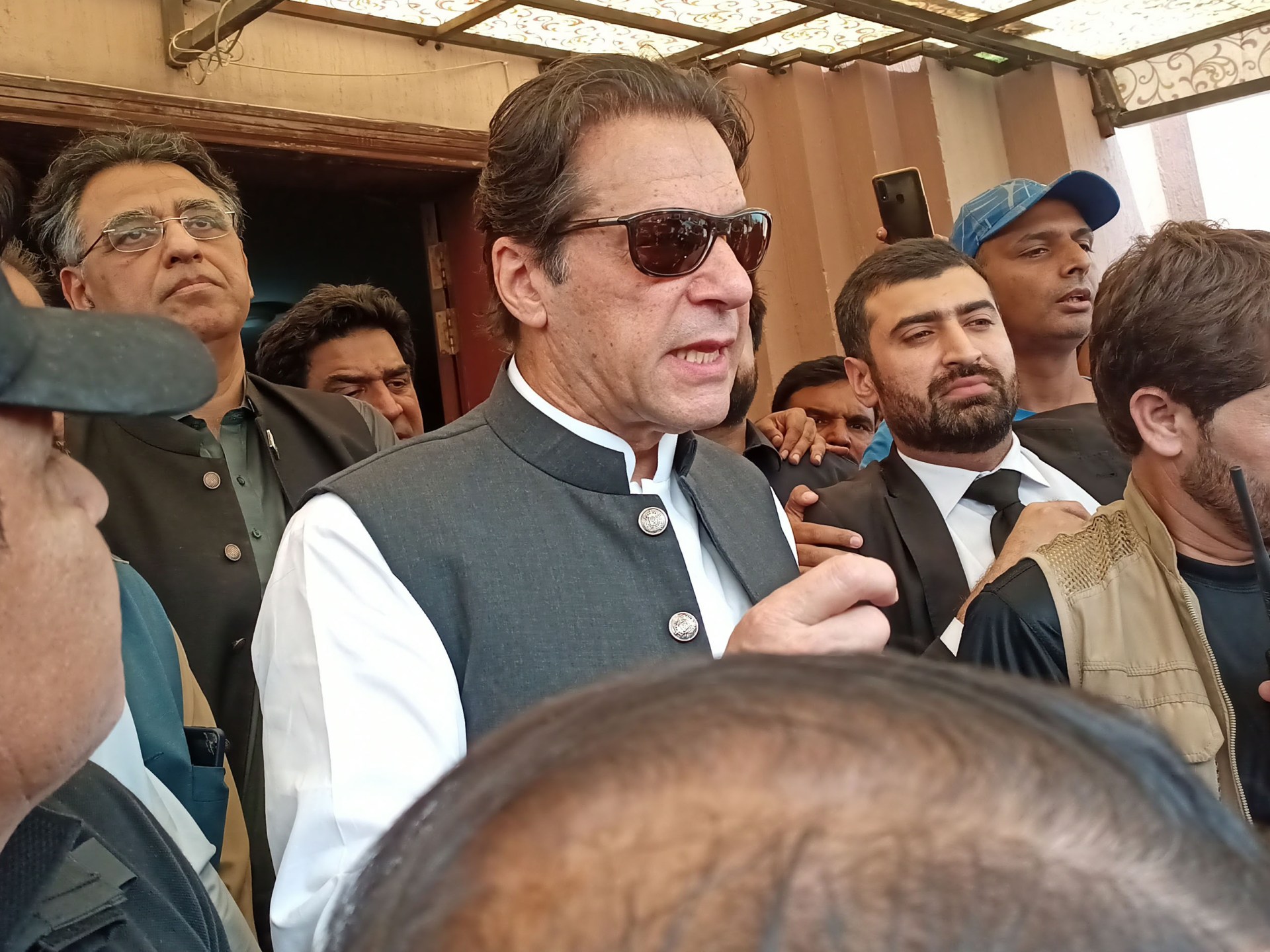 Pakistan's Capital High Court granted ousted Prime Minister Imran Khan "temporary bail" on Sunday morning, preventing him from being arrested by hundreds of police who have gathered around his house since yesterday evening after an arrest warrant was issued for him.

The court said in the reasons for the temporary bail that Imran Khan must appear before it again before the seventh of this month to clarify his legal position in the contempt of justice case brought against him against the background of his accusation and public threat to a court judge.

The trial came against the backdrop of a speech Khan gave in the capital, Islamabad, on August 20, during which he pledged to sue police officers and a judge. He also said that one of his close aides was tortured after his arrest, in reference to Shahbaz Gil.

Islamabad police said - in a statement - "After the capital's Supreme Court dropped the terrorism charge in the case registered on August 20 against Imran Khan due to his statements, the case was referred to the Sessions Court, and the former Prime Minister did not obtain bail from there." According to the local newspaper, Dawn.

The statement explained that "Imran Khan did not attend the last court session on this matter, and therefore an arrest warrant was issued against him to ensure his attendance," stressing that the warrant was "legal."

Last August, the Pakistani authorities released Khan, accused of violating the Anti-Terrorism Act, and released him on bail, according to an official in his party.

In the same context, the Pakistani government announced that it is in the process of taking legal action against Imran Khan.

The government said that Khan, the former foreign minister and the secretary general of his party participated in the crime of destroying and altering the content of a diplomatic message sent by the Pakistani ambassador to the United States of America.

Imran Khan had seen that the aforementioned document was evidence of Washington's conspiracy with his opponents to topple his government last April.