Implications of the strength of the US dollar on global economies

The US dollar witnessed a record rise against major currencies after the Ukrainian war, and the dollar index, which is a weighted average of its value against six major world currencies, reached its highest value since 2002. This comes in light of the turmoil in the global economy, the result of which 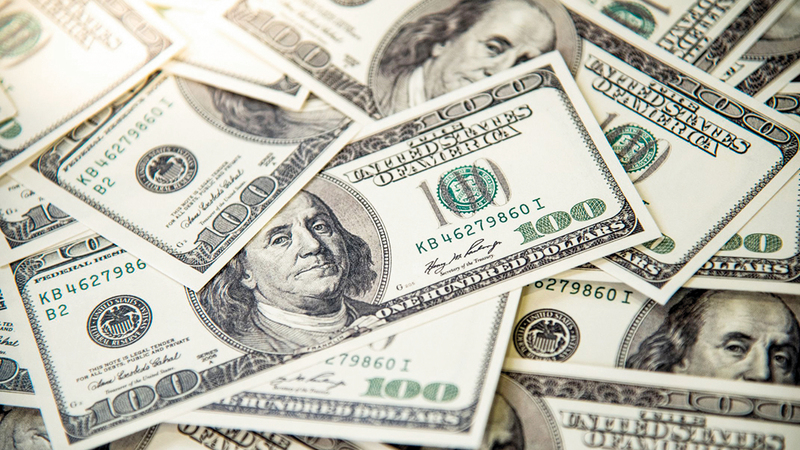 Implications of the strength of the US dollar on global economies

The US dollar witnessed a record rise against major currencies after the Ukrainian war, and the dollar index, which is a weighted average of its value against six major world currencies, reached its highest value since 2002. This comes in light of the turmoil in the global economy, as a result of the repercussions of the Russian war - Ukrainian, which was boosted by the high demand for the dollar as a safe haven, as well as the tightening of monetary policy by the Federal Reserve.

It is expected that the dollar's rise will create some negative repercussions on global economies.

There are factors that led to the rise in the value of the US dollar at the expense of other major currencies, the most important of which are the following:

The dollar is seen as a safe haven to invest or save in times of economic turmoil.

Currently, with the increasing possibility of many advanced economies being exposed to recession, the demand for the dollar has increased, in a way that enhances its value.

Standard Chartered noted that about 45% of the dollar's recent strength derives from its safe haven status.

The dollar's rise this year can be explained by the Federal Reserve's tight monetary policy, according to Bank of America.

During July 2022, the Federal Reserve raised interest rates by 75 basis points, for the second time in a row, and Goldman Sachs expects the Fed to continue tightening monetary policy for a longer period.

3- An increase in US Treasury yields

US bond yields rose, as a result of raising interest rates by the Federal Reserve, which coincided with attracting more investors looking for US assets, and thus the increase in demand for the dollar.

4- A better situation for the US economy

The conditions of the American economy seem better than its counterparts, especially Europe, as the latter is facing an exacerbating energy crisis as it seeks to reduce its dependence on Russian energy sources, which has doubled the inflationary pressures on it, and European countries are preparing to face a sharp deflation.

The dollar against the world's currencies

The dollar achieved a strong rise against most of the major currencies in the world, while its performance varied against the currencies of some emerging and developing markets, which can be clarified as follows:

1- The dollar and the euro are equal

This comes in light of the European economies being more affected by the repercussions of the Russian-Ukrainian war compared to the American economy, in addition to the growing fears that European economies will enter a recession. % in the United States.

2- Strong decline of the yen against the dollar

The dollar rose to a 24-year high against the Japanese yen last July, as Japan's loose monetary policy continued and quantitative easing continued to keep interest rates low on its government debt.

The value of many emerging market currencies fell against the dollar after the Ukrainian war, such as the Indian rupee, which reached record levels of decline recently, but others still maintain their good performance against the dollar, especially the currencies of energy and food exporting countries, including: Angola and Brazil. .

As for the Russian ruble, it is considered one of the best performing currencies against the dollar this year, due to the abundance of foreign exchange with the high oil and gas prices, as well as the restrictions imposed on the movement of capital in the local market.

The rise of the dollar poses challenges and opportunities for global economies, as follows:

The rise of the dollar is expected to reduce inflation, but it will result in a decline in the profitability of companies, as follows:

Some analysts estimate that the dollar's strength could reduce between 0.2 and 0.3% of overall inflation.

Many US companies derive most of their revenue and sales from foreign markets, and some estimates suggest that the dollar's rise will cut 5% of the profit growth of companies included in the Standard & Poor's 500 Index this year, or the equivalent of $100 billion.

The dollar's rise is expected to have different effects on European economies, including:

(a) the high cost of imports

Import costs will rise in Europe, which are often denominated in dollars, placing the burden on European households and businesses.

It is worth noting that the United States is one of the main trading partners of the European Union.

(B) Reception of American tourists

(c) an interest rate hike on the euro

The European Central will have to support the euro and reduce the cost of imports, by raising the rate of interest in the coming months, but this will reduce credit opportunities and weaken economic growth.

The dollar's rise is expected to lead to some negative repercussions on emerging markets, including the following:

Basically, commodities, such as oil and wheat, are priced in dollars, which means that the costs of imports of these commodities will rise, especially for low-income countries that import energy and food, which leads to a growing deficit in their trade balances.

The rise in import prices fuels inflationary pressures in these countries.

The International Monetary Fund expects an increase in the inflation rate in emerging and developing markets to reach 9.5% in 2022 and 7.3% in 2023.

(c) Exacerbation of the debt problem

Most emerging and developing economies have a significant portion of their external debt denominated in dollars.

Thus, a stronger dollar means higher debt payments, as well as an increase in the cost of servicing it.

Fitch estimates that the average government debt in foreign currencies in emerging markets rose to 31% of GDP by the end of 2021, compared to 18% in 2013, an indicator that will worsen in light of the consequences of the Ukraine war.

Despite this, some developing and emerging economies - especially those that export energy and agricultural commodities - have sufficient levels of foreign exchange reserves and raw materials to cover debt services in the near future.

(D) the outflow of foreign capital

The outflow of hot money from the stock and bond markets of emerging economies increased with the strength of the dollar.

Total outflows from emerging markets amounted to about $9.8 billion in July 2022, which is a record exit for the fifth consecutive month.

This comes in light of investors' desire to benefit from the high yields of US Treasury bonds, at the expense of other assets in emerging and developing markets, despite the fact that some of them, such as: Brazil, Chile and Poland, raised interest rates before the monetary tightening cycle initiated by the Federal Reserve.

Developing economies have drained an estimated $379 billion in reserves in an effort to prop up their currencies against the dollar, but these efforts have produced only limited stability in their foreign exchange markets.

Will the dollar continue to rise?

It seems difficult to predict the future direction of the US dollar, but most estimates point to the continuation of the dollar's rise, especially in the short term, in light of the following:

The dollar will remain a safe haven for individuals and investors, especially in light of the continuation of the Russian-Ukrainian conflict, and the high degree of uncertainty in the global economic landscape.

2- The pace of monetary tightening

The US Federal Reserve is expected to continue raising interest rates to control inflation, which will maintain the dollar's strength, at least, until 2023. US interest rates are likely to reach 3.4% in 2022, and 3.8% in 2023.

It can be said that the US dollar may be on its way to rise until next year, and this is fueled by the continuing geopolitical tensions with Russia, and the bleak prospects for the global economy, which will push investors to keep the US currency, at the expense of other currencies and assets.

• The conditions of the American economy seem better than its counterparts, especially Europe, as the latter is facing an exacerbating energy crisis as it seeks to reduce its dependence on Russian energy sources, which has doubled the inflationary pressures on it, and European countries are preparing to face a sharp deflation.

• The increasing exit of hot money from the stock and bond markets in emerging economies with the strength of the dollar.

Total outflows from emerging markets amounted to about $9.8 billion in July 2022, which is a record exit for the fifth consecutive month.