Red with people, the Grand-Place in Brussels, invaded by thousands of fans, celebrated Sunday at Remco Evenepoel, hero unifier of Flemish and French-speaking supporters dazzled by his recent… 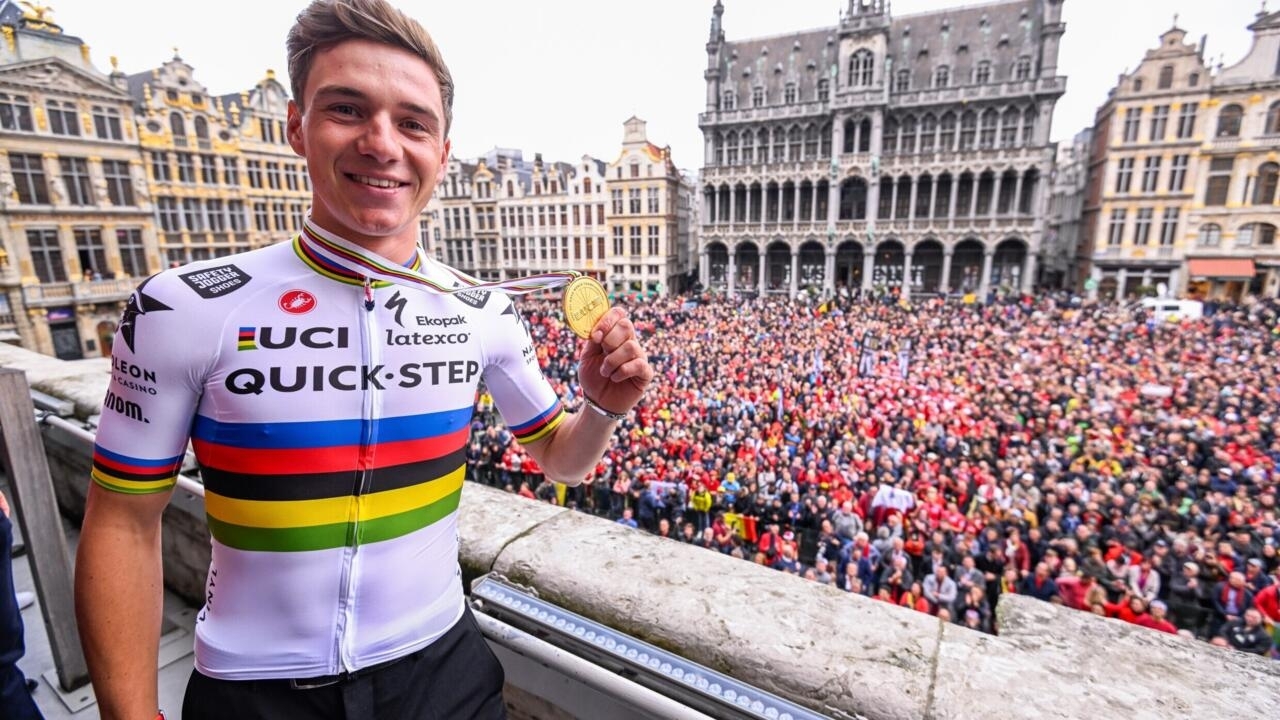 Between 5,000 and 7,000 (according to local media estimates) hardcore fans, sometimes dressed in red, the color of the Vuelta leader's jersey, cheered their hero.

"It's a magical day that wraps up a perfect year," said the brand new world champion in road racing, at the end of September in Australia, also winner this season of a cycling monument, Liège-Bastogne- Liège in the spring and its first Grand Tour (the Tour of Spain in mid-September).

Like, before him, Eddy Merckx (in 1969 after his victory in the Tour de France), Justine Henin (in 2003 after his success at Roland-Garros) or the Red Devils, semi-finalists of two Football World Cups in 1986 and 2018, Evenepoel had the honors of the balcony of the Brussels City Hall.

"Belgium cycling has been waiting for such a champion for so long. When you think that he is only 22 years old and has been cycling since he was only 17," Paul Bernaerts told AFP. a fan who came by train from Mechelen (north).

The young Flemish, who expresses himself perfectly in French, is indeed the first Belgian winner of a Grand Tour since Johan De Muynck victorious in the Giro in 1978.

"Remco really deserves what is happening to him today", welcomed his teammate at Quick Step and compatriot Yves Lampaert, who nevertheless wanted to calm the ardor of the supporters of Evenepoel who hopes to see the prodigy on the roads of the Grand Boucle next summer.

"For Remco, it might be better to be patient and do the Giro before thinking about the Tour de France," Lampaert told AFP.

Before being applauded on Sunday afternoon on the Grand-Place to the rhythm of the music of Stromae, another local icon, Remco Evenepoel had been made an honorary citizen of his hometown, Dilbeek.

He was then escorted to Brussels by several hundred cyclists, braving the rain.

On Tuesday, Evenepoel will compete in Binche-Chimay-Binche, his first race wearing the rainbow jersey.