Burkina Faso: France taken to task as tensions do not subside

The new self-proclaimed leader of Burkina Faso's ruling military junta, Captain Ibrahim Traoré, called on Sunday for an end to acts of "violence and vandalism". against France, in a press release read on national television, while the tension does not weaken in Ouagadougou. 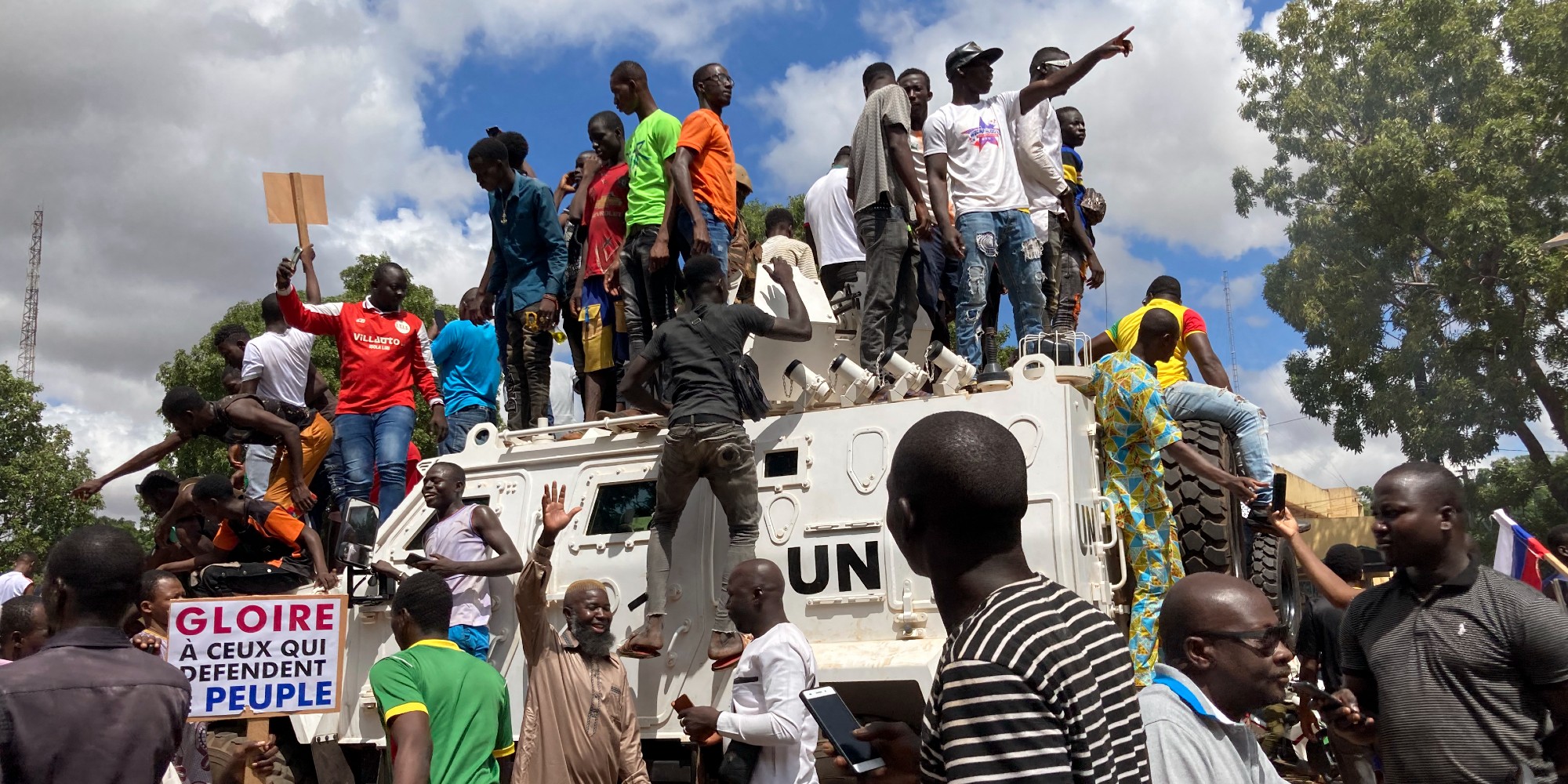 The new self-proclaimed leader of Burkina Faso's ruling military junta, Captain Ibrahim Traoré, called on Sunday for an end to acts of "violence and vandalism" against France, in a statement read on national television, as the tension is not weakening in Ouagadougou.

Nearly two days after the announcement of the dismissal of the leader of the ruling junta, tension remained high on Sunday in Burkina Faso where protesters attacked France, pushing the new self-proclaimed strongman, Captain Ibrahim Traoré , to call for an end to the violence against that country.

A few dozen demonstrators supporting Ibrahim Traoré gathered outside the French embassy in Ouagadougou, setting fire to protective barriers and throwing stones inside the building on the roof of which were positioned French soldiers, other pulling barbed wire to try to climb the perimeter wall of the diplomatic building, noted an AFP journalist.

Tear gas was fired from inside the embassy to disperse protesters, he also noted.

A call for calm and restraint

In a press release read Sunday by one of his relatives on national television, Captain Traoré, who was at his side, called on the demonstrators to "divest themselves of any act of violence and vandalism (...) in particular those who could be perpetrated against the French embassy or the French military base" in Ouagadougou.

He called for "calm and restraint".

Referring to ongoing discussions with the camp of Lieutenant-Colonel Paul-Henri Sandaogo Damiba dismissed on Friday, but who does not intend to abdicate until now, Captain Traoré affirmed that "things are gradually returning to normal ".

Significant damage to be deplored in the country

On Sunday, the French Ministry of Foreign Affairs indicated that the Ouagadougou institute had suffered "significant damage", condemning "with the greatest firmness the violence against our diplomatic influence in Burkina Faso".

Claims on social media of protection granted by France to Lt. Col. Damiba have helped to anger pro-Traoré protesters.

They have been formally denied both by Paris and by Paul-Henri Sandaogo Damiba himself.

A few hours before the announcement of his dismissal on Friday evening, several hundred people had demonstrated in Ouagadougou to demand his departure, but also the end of the French military presence in the Sahel, and military cooperation with Russia.

Moscow's influence has continued to grow in several French-speaking African countries in recent years, particularly in Mali and the Central African Republic.

Sunday, in addition to the embassy, ​​demonstrators also gathered near the headquarters of the national television of Burkina Faso around which the device of armored vehicles in place since Friday was lightened, with three vehicles, instead of twenty.

Coup d'Etat in Burkina Faso: a new headache for France

At the start of the afternoon, small groups of pro-Traoré demonstrators were still present on several axes and squares in Ouagadougou, according to an AFP journalist.

Since the announcement Friday evening by soldiers led by Captain Traoré of the dismissal of Paul-Henri Sandaogo Damiba - himself who came to power by a coup in January - the tension has not weakened.

On Saturday, the latter made it clear that he did not intend to abdicate, calling on the new putschists "to come to their senses to avoid a fratricidal war which Burkina Faso does not need in (the) context" of jihadist violence which have undermined Burkina Faso since 2015. Despite the tensions, the putschists indicated that the curfew introduced on Friday from 9:00 p.m. to 5:00 a.m. (local and GMT) had been lifted.

The borders remain closed for the time being.

Lieutenant-Colonel Damiba came to power in January in a coup that overthrew President Roch Marc Christian Kaboré, accused of ineffectiveness in the fight against jihadist violence.

But in recent months, attacks hitting dozens of civilians and soldiers have multiplied in the north and east of Burkina Faso, where cities are now subject to a blockade by jihadists.

Since 2015, regular attacks by armed movements affiliated with Al-Qaeda and the Islamic State (IS) group have killed thousands and displaced some two million people.