Bordeaux-Bègles, under pressure, provided the essentials in front of the French stadium on Saturday, during a 5th day which also saw Clermont follow up with style a second success thanks to its winger Alivereti… 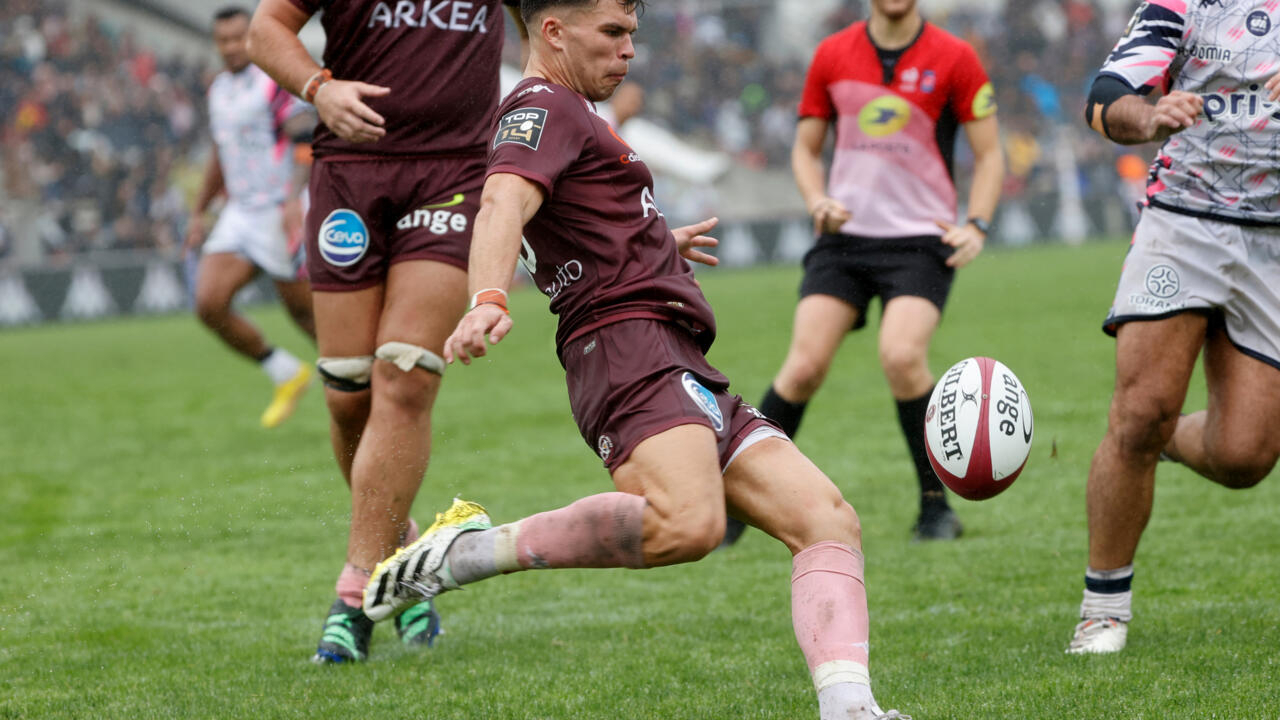 The UBB is reassured (a little)

The drizzle that fell all day on the Bordeaux region did not favor large flights.

The UBB therefore relied on the precise foot of its international opener Matthieu Jalibert (5 out of 5) to bend the French Stadium (15-10).

With this second success of the season, the Girondins, penultimate in the standings before the meeting, give themselves a little air, even if it will still be necessary to wait for the way.

Consolation for the Parisians, superior in the scrum: the defensive bonus point snatched thanks to a try in the 85th minute.

The only one of the meeting.

After having already offered the scalp of European champions La Rochelle (22-13) last week, the Auvergne club took advantage of a second consecutive match in their lair to crush Lyon (43-20), last winner of the Challenge European.

An improved success which allows him to temporarily return to Toulouse and Montpellier at the top of the rankings, and to confirm his current good dispositions.

Symbol of the Clermont renaissance: the unstoppable Alivereti Raka, author of a hat-trick which puts him at the top of the championship's top scorers, with five tries in five matches.

What to return to the Blues for the autumn tests?

The defensive problems are confirmed on the other hand for the LOU, which was deprived of one of its main threats of the last weeks, the Georgian winger or rear Davit Niniashvili, ill.

The sense of timing.

After three matches where he finished empty-handed, Teddy Thomas waited for the reunion with Racing 92, his former club, to register his first try in the colors of La Rochelle (24-19).

Ultimately, after excellent work by the maritime forwards, the Blues winger pulled the European champions out of the Ile-de-France trap.

The club with the caravel therefore temporarily takes the lead in the championship pending the duel at the top on Sunday between the MHR and Toulouse.

The Sky and White, who led the debates until the 69th and the test of Thomas, must be satisfied with the defensive bonus point, their first of the season.

Like Clermont, Perpignan have made full use of their series of two matches at home.

After Toulon, it was Castres who this time fell at the Aimé-Giral stadium (14-10).

Despite a burst of pride at the end of the match, the vice-champions of France from Tarn fell back into their ways in terms of indiscipline and are still chasing after a first away victory this season.

Usap gives up its place of red lantern in Pau, largely beaten at home by Toulon (34-17), which however did not manage to win the offensive bonus point.

In difficult climatic conditions, Brive signed against Bayonne (25-22) a precious success in the race to maintain.

But the Corrèze club, which paid tribute at half-time to its second row Mitch Lees, forced to end his career due to an injury, will blame himself for having left at the very end of the match the defensive bonus to the promoted Basque.

The 5th day continues and ends on Sunday with the clash scheduled between the last two champions, Montpellier and Toulouse.