Yesterday morning, Kuwait announced the official results of the National Assembly elections, which led to the selection of new parliamentarians and the return of 12 of the previous parliament, with a change rate of 54%. 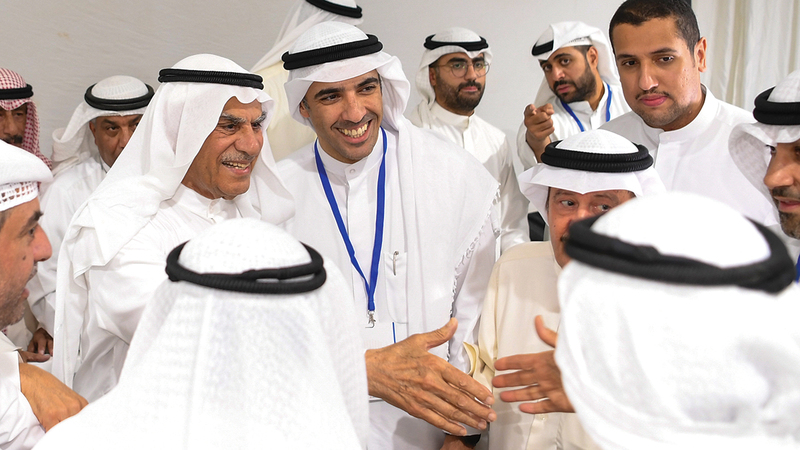 Announcing the final results and the names of the winners.. and the return of women to Parliament

Yesterday morning, Kuwait announced the official results of the National Assembly elections, which led to the selection of new parliamentarians and the return of 12 of the previous parliament, with a change rate of 54%.

The Emir of the State of Kuwait, Sheikh Nawaf Al-Ahmad Al-Jaber Al-Sabah, praised the active participation of citizens in the 2022 Kuwaiti National Assembly elections.

In telegrams he sent to ministries and government agencies, he noted the "national sense" of citizens, and their active participation in exercising their constitutional right in elections, describing it as embodying the civilized face of the nation.

According to the election results announced yesterday, the opposition won 28 of the 50 National Assembly seats, while 20 former MPs lost their seats, including three former ministers.

Women returned to the Kuwaiti National Assembly with the winning of former Minister Jenan Boushahri and Alia Al Khaled.

Women did not win any seat in the last legislative elections, which took place in 2020.

The Kuwait News Agency (KUNA) published the list of new representatives in which 305 male and female candidates competed in five electoral districts to choose 50 members of the National Assembly.

The elections witnessed a high attendance, which led to a change of 54% of the previous council’s composition, and it restored women’s presence in the council with two female deputies, after she was absent from the 2020 council for the first time since 2008.

In the end, 23 deputies from the previous assembly retained their seats, while 27 new deputies entered the assembly.

The change was not limited to the deputies, but also affected the elected ministers, three of whom lost their seats.

One of the most prominent figures who swept the elections by winning first place in his third constituency is Ahmed Al-Saadoun, the former Speaker of the National Assembly.

And in a precedent in the history of the National Assembly elections, two candidates were able to win membership of the parliament while they were inside the prison walls, namely Marzouq Al-Khalifa and Hamid Muhri Al-Bathali.