Russian President Vladimir Putin announced today, Friday, the annexation of 4 Ukrainian regions to Russia, in the presence of deputies of parliament and representatives of regions, indicating that he expected to approve the decision of the Duma amid Western astonishment. 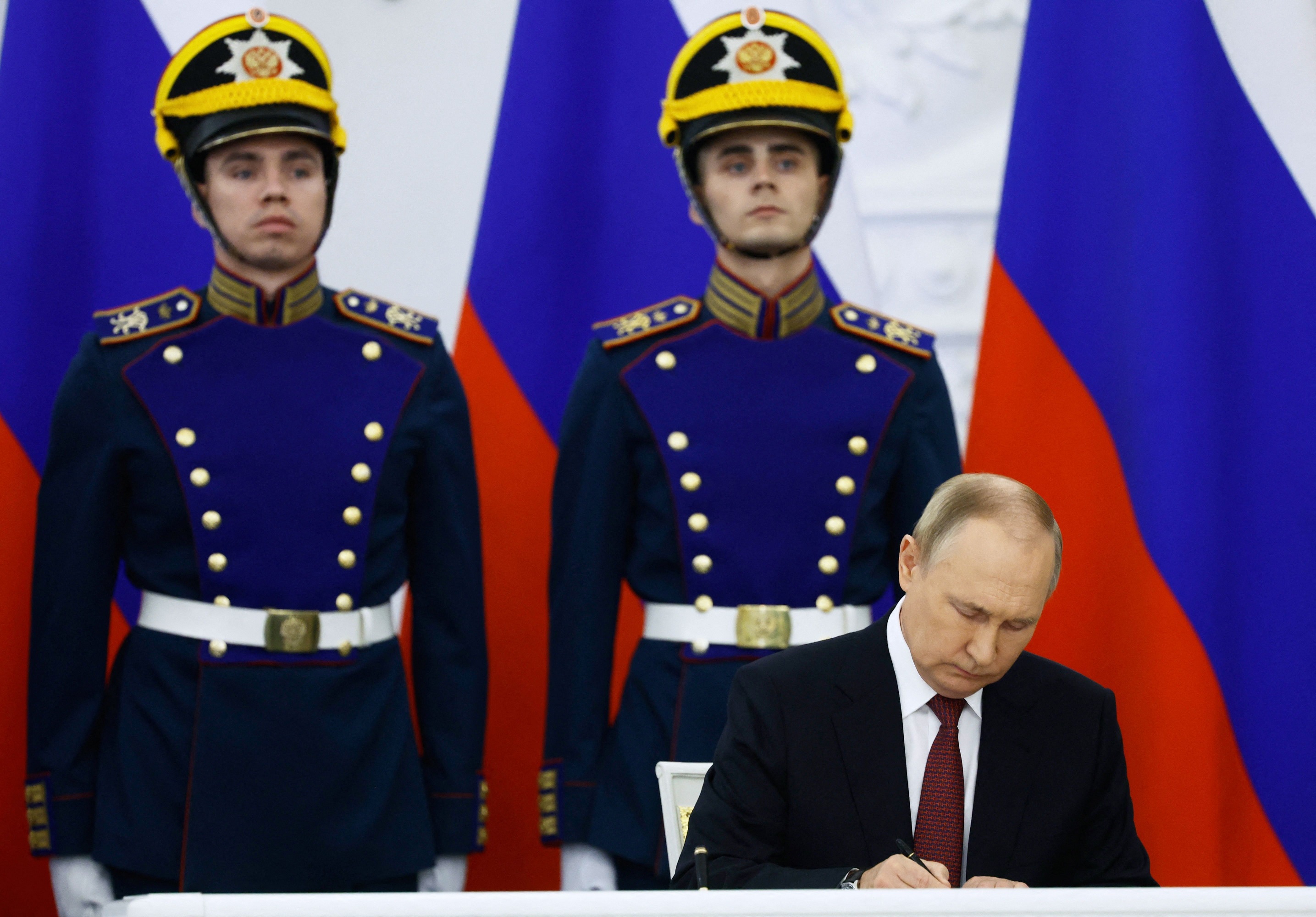 Russian President Vladimir Putin announced, on Friday, the annexation of 4 Ukrainian regions to Russia, in the presence of deputies of parliament and representatives of regions, indicating that he expected to approve the decision of the Duma amid Western astonishment.

"People made their choices in referendums that took place in regions of Ukraine," the Russian president said.

"There is a common history between Russia and the four regions, so the younger generation voted for our common future," he added.

"The residents of these regions have the right to choose to join Russia in order to protect their rights to life," Putin added.

And the Russian president sent a message to Ukraine, saying: "We call on Kyiv to stop hostilities immediately."

He stressed that "the residents of the Donetsk, Lugansk, Kherson and Zaporizhia regions will forever remain Russian citizens."

With regard to Russian relations with the West, Putin said: "The West seeks with all its energies to maintain the colonial system and continue to dominate the world," adding: "The West seeks to turn Russia into a (colony)."

He pointed out that "the West classifies the world into countries that are loyal to it and countries that it attacks because they do not accept to succumb to its policies and orders."

Putin considered that the world "has entered a period of radical transformations and it is time for new and multipolar centers of power to emerge."

In his speech, Putin touched on the issue of gas leakage from "Nord Stream", saying: "It is clear who benefits from the sabotage of gas pipelines."

He considered, "Sabotage of gas pipelines is part of international terrorism."

Regarding the crisis that the world is experiencing due to the repercussions of the Ukrainian war, Putin said: "We are ready to contribute to solving the food and energy crises that resulted from the policies adopted by the West."