With the death of Mahsa Amini, the Iranian Kurds in turmoil

In the midst of the crisis, Tehran claimed responsibility for strikes on Iranian Kurdish opposition bases in Iraq, seeking, according to the Kurds, to lead to a military confrontation to make the movement forget... 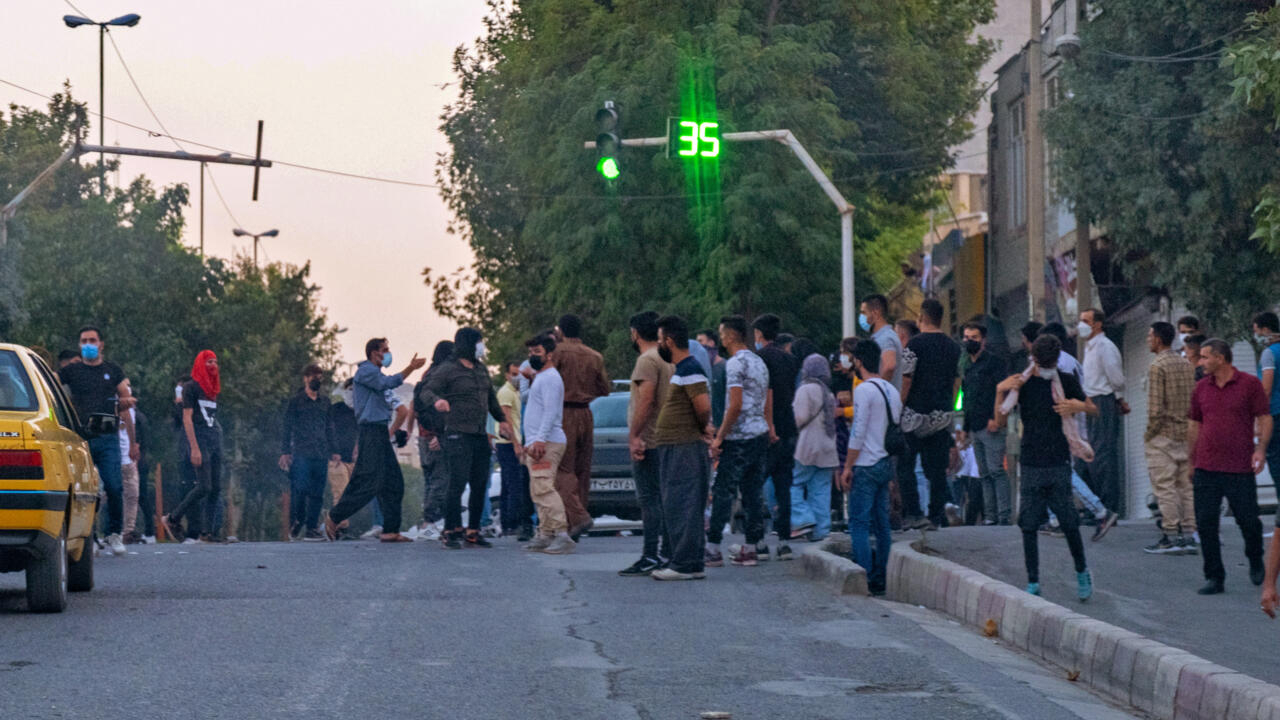 "Iran is trying to divert attention from the ongoing protests over the death of Mahsa Amini."

On the phone, the researcher Asso Hassan Zadeh, former Deputy Secretary General of the Democratic Party of Kurdistan of Iran (PDKI), contacted on the morning of Wednesday, September 28, does not take off.

He has just learned that several Iranian missiles fell on the headquarters of his opposition party in the province of Erbil, located on the other side of the border, in Iraqi Kurdistan.

He is worried about his loved ones.

The toll of these bombardments is heavy.

Several missile and other strikes carried out, according to Baghdad, by "20 explosive-laden drones" killed at least 13 people, including a pregnant woman whose baby was rescued.

These attacks also injured around 50 people, mostly civilians, including women and children.

According to the office in Iraq of the United Nations High Commissioner for Refugees, an Iranian refugee camp and "a primary school where students were" were also affected by these bombings east of Erbil.

Very quickly, Tehran claimed responsibility for the attack carried out to dismantle "terrorist groups", according to the Revolutionary Guards, the ideological army of the Islamic Republic.

"Tehran is spreading 'fake news', we have no peshmerga [fighters] in Iran because of Iranian restrictions and surveillance. Much of Iran has risen up to end the regime's repression for ten days and the authorities have been trying to break this unity on the pretext that the Kurds want to dismember Iran", insists Asso Hassan Zadeh.

An awakening of tensions with the Kurds

Senior officials in Tehran have actually linked the bombings to "riots" in Iran.

The day before the strikes, General Abbas Nilforoushan, high representative of the Revolutionary Guards, had mentioned elements "infiltrated" in Iran "to sow disorder".

“These counter-revolutionary elements were stopped during riots in the northwest, so we had to defend ourselves, react and shell the surroundings of the border strip,” he said following Iranian artillery fire. having targeted Sunday, then Monday again, border areas between the Kurdish region of Iran and Kurdistan of Iraq, without doing any significant damage.

This is not the first time that Iran has fired on Kurdish targets in Iraq.

In March, the Revolutionary Guards targeted Erbil at what they called "an Israeli strategic center", which the authorities of Iraqi Kurdistan denied, saying it was only a civilian site in near a building of the American consulate.

This sudden awakening of tensions with the Kurds comes in a thorny context in Iran, where nocturnal demonstrations have taken place daily since the death of Mahsa Amini.

This young Iranian woman died on September 16 in Tehran, after being arrested by the morality police for having worn her veil incorrectly.

The fact is that Mahsa Amini was not only Iranian, but also Kurdish.

The young woman, originally from Saqqez, a city in the province of Iranian Kurdistan, was traveling in the Iranian capital with her family when she was arrested in front of her brother.

This did not slow down the outpouring of solidarity from Iranians, who demonstrated their anger in the streets as soon as his death was announced in all the major cities of the country.

"These protests go beyond all divisions, which frightens the authorities, who are trying to divide public opinion," said Asso Hassan Zadeh.

"The Kurds are very present and they have captured the attention of public opinion and the solidarity of the Iranian people."

Videos showing a swarm of raised arms shaking scarves to demand justice quickly made the rounds on social networks, before the demonstrations spread to Sanandaj, the capital of Iranian Kurdistan, then to other major Iranian cities.

Women of Iran-Saqqez removed their headscarves in protest against the murder of #Mahsa_Amini 22 yr from Kurdistan.

Removing hijab is a punishable crime in Iran.

We call on women and men around the world to show solidarity.

At least 25 people have been killed (more than a third of the people killed in the country since the beginning of the revolt) and the region has 1,000 injured and more than 1,500 arrests according to a report dating from Tuesday evening, according to Asso Hassan Zadeh.

"The repression here is always stronger. Here the police shoot more easily, because there is a militarized climate. They know that the Kurds are more mobilized and more politicized", explains the militant researcher.

“There is also very limited media coverage in Iranian Kurdistan, as journalists are never allowed to go there.”

The targeted repression in this Sunni region of the West, of which the central authorities are wary, is not new.

"More than 50% of political prisoners in the country have so far been Kurds. And the death penalty is more systematic there than elsewhere," says Asso Hassan Zadeh.

A finding confirmed by the UN special rapporteur on the situation of human rights in Iran, Javaid Rehman.

In an account published in March, he said he was "alarmed by the disproportionate number of executions of members of minority communities, in particular the Baloch and Kurdish minorities".

People have taken to the streets.

Especially in Chabahar the protests were massive, the demonstrators set fire to at least 3 banks.

As protests continue in Iran, particularly in Sanandaj, authorities have begun to accuse foreign powers of fomenting the movement.

"The enemy has targeted national unity and wants to pit people against each other," warned ultra-conservative President Ebrahim Raïsi on Wednesday, deeming "chaos unacceptable" and accusing the United States, the sworn enemy of the Islamic Republic, to stir up protest.

The Kurds, "because of their proximity to the border, the other Kurdish parties abroad and the rest of the world", are easy prey, Asso Hassan Zadeh believes.

According to a latest report given Tuesday by the official agency Fars, "about 60 people have been killed" since the start of protests across the country.

The authorities also reported the arrest of more than 1,200 demonstrators.

The NGO Iran Human Rights (IHR), based in Norway, reported Monday that 76 people were killed.