Outside, a soft summer sun warms the Pacific coast; California is preparing for another bright day. 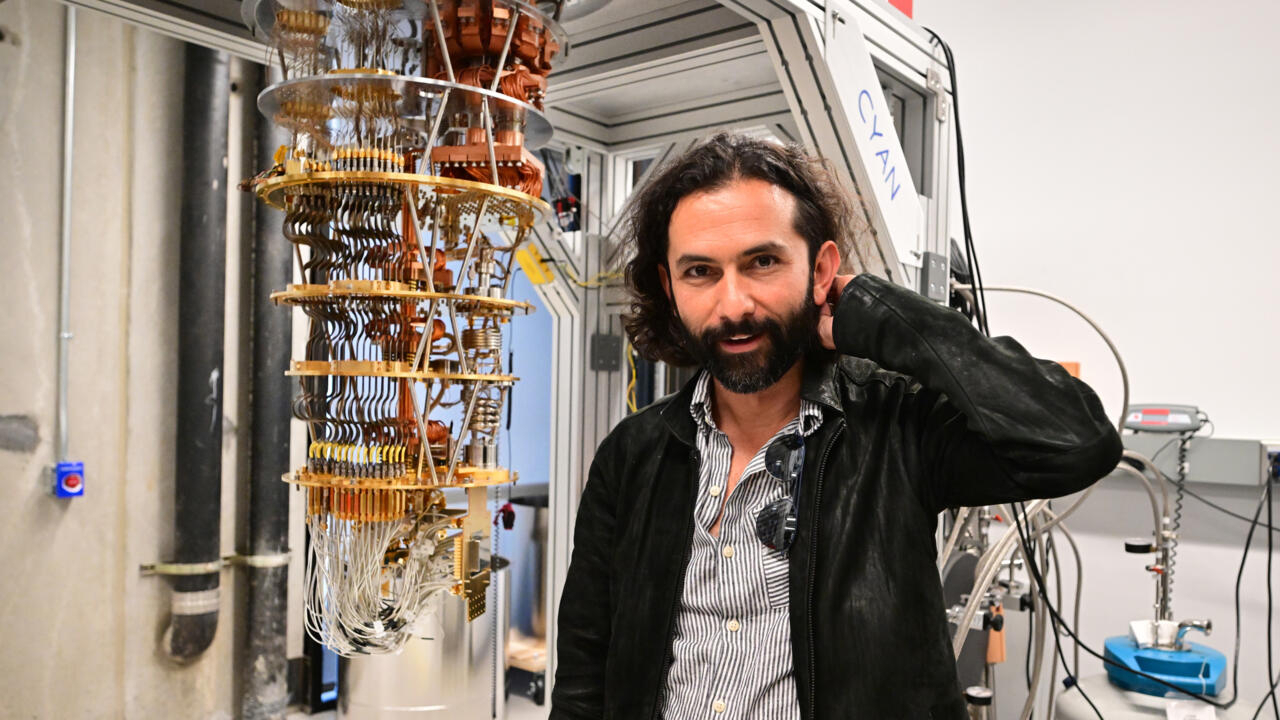 Inside, it is -273 degrees in places, to satisfy the impossible demands of quantum mechanics.

A science where things can simultaneously exist, not exist, and be somewhere in between.

Welcome to the depths of Google's quantum artificial intelligence lab, where 200 gifted people are working to shape the next generation of computers -- unlike anything you have in your pocket or on your desk.

"This is a new type of computer that uses quantum mechanics to perform calculations and allow us to solve problems that would otherwise be insoluble", explains Erik Lucero, the chief engineer of this laboratory located near Santa Barbara.

"It's not going to replace your cell phone or your desktop computer; it's going to exist and work alongside those devices."

The computing we use every day is based on a concept of binary certainty: tens of thousands of "bits" of data that are each on or off, i.e. 1 or 0.

Quantum computing, on the other hand, uses uncertainty: its quantum bits, or "qubits", can exist in both a state of 1 and 0 -- what scientists call superposition.

The most famous illustration of quantum superposition is Schrödinger's Cat, a theoretical experiment dreamed up in 1935 by physicist Erwin Schrödinger, in which a feline is enclosed in a box with a vial of deadly gas that may or may not shatter. .

As long as the box remains closed, the cat is both alive and dead, since it is impossible to know what really is.

But once you interfere with the quantum state of the experiment by opening the box to get to the bottom of it, the uncertainty ends.

Quantum computers use this uncertainty to simultaneously perform many calculations that seem contradictory.

As if they could take all the possible paths in a maze at the same time, instead of trying them one after the other.

The difficulty for engineers is to make these quantum bits maintain their superposition long enough to perform a coherent calculation.

At the slightest interference -- noise, dirt, unsuitable temperature -- the overlay crumbles and results in a random, probably nonsensical response.

The quantum computer that Google showed off to the press looks like a futuristic, upside-down wedding cake.

Each layer of metal and bend of its electric wires is colder than the previous one, until finally reaching a cooling of 10 millikelvins (close to -273°C) for the processor, the size of a palm of a hand.

This level of mercury close to absolute zero, the lowest possible temperature in the universe, is vital for maintaining superconductivity – the ability to perfectly conduct an electric current, without any resistance – essential to Google's machine.

If the computer alone is only the size of a standing person, then the equipment needed to cool it takes up a lot of the lab space.

This field is still in its infancy, but looks very promising for the future, according to Daniel Lidar, a quantum systems expert at the University of Southern California.

"We have learned to crawl, but we are still a long way from learning to walk, run or jump," he says.

To reach maturity, the sector will have to manage to stabilize the quantum superposition to ensure that the calculations are reliable.

In the future, this technology could for example be used to optimize road traffic, a devilishly complicated area for traditional computers given the number of cars in play – which are all variables.

With a working quantum computer, "we could solve this problem," says Lidar.

For Lucero and his colleagues at Google, the future possibilities are well worth a headache.

"Quantum mechanics is one of the best theories we have today for understanding nature. This computer speaks the language of nature," says the engineer.

"If we want to solve such complex problems, help save our planet and especially climate change, then we need a computer that can do just that."