Hurricane Ian, which has already caused great devastation in western Florida, continues its progress in the US state and leads to catastrophic flooding. - This could be the deadliest hurricane in Florida's history, says President Joe Biden. 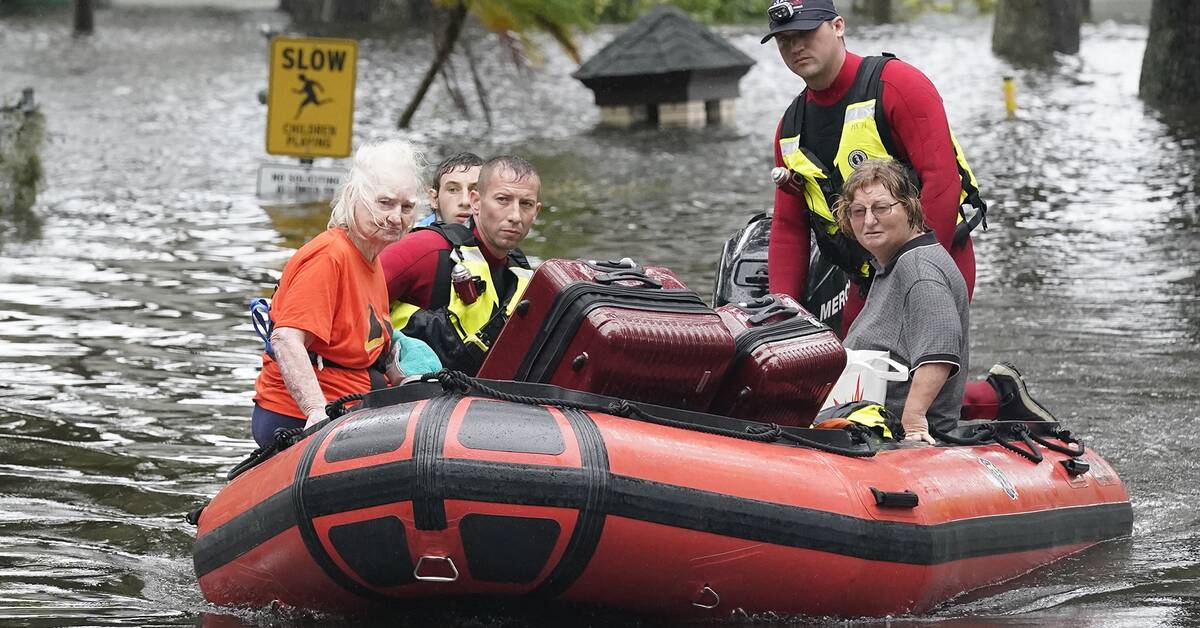 Flooded houses, knocked out power grids and telephone connections as well as destroyed roads and bridges.

Hurricane Ian is the most powerful to hit the United States in decades, perhaps centuries, according to the National Hurricane Center (NHC).

The devastation is significant in southwest Florida, and the danger is not over yet, warns President Joe Biden.

- The hurricane is still moving across the state.

This could be the deadliest hurricane in Florida history.

The numbers are still unclear, but we have received early reports of what could be large losses of life, says Biden in a speech in Washington DC.

Storm Ian has caused great devastation where it has moved forward.

Here are the traces of the hurricane in a harbor in Fort Myers, Florida.

But so far only one death has been reported in the US in the hurricane's wake.

In Cuba, two people have already been confirmed dead.

In addition, many of those who were on board a boat with more than 20 migrants from Cuba who ended up in the path of the storm are still missing.

The worst hit so far is the city of Fort Myers, which is normally surrounded by canals and rivers.

Now large parts of the city's central parts are under water.

- The amount of water that has poured in, and that continues to come, is truly devastating.

This is something that only happens every 500 years, said Florida Governor Ron DeSantis.

The bridges to some nearby islands, popular tourist destinations, have been destroyed.

Thousands are said to be stuck on the islands and pretty much the entire city and its surroundings are without electricity.

- The storm came with devastating force.

We cannot yet reach many areas, Carmine Marceno, sheriff of Lee County where Fort Myers is located, told ABC.

Many people have lost their homes in the storm.

He adds that police fear hundreds may have died, or will die as a result of the hurricane's progress.

According to Governor DeSantis, the number comes from an estimate based on the number of calls to emergency services.

- Don't go out unless you really have to, says Joe Biden.

When Ian made landfall, it was classified as a Category 4 storm on the 5-point scale.

Overland, Ian was downgraded to Category 1, but the NHC is warning of more widespread and catastrophic flooding.

Large parts of the city of Fort Myers are under water since Hurricane Ian made landfall on Florida's west coast.