Wall Street ends up, reassured by the Bank of England and the fall in rates

The New York Stock Exchange ended sharply higher on Wednesday, favorably impressed by the intervention of the Bank of England and satisfied with the fall in bond rates, which created the conditions… 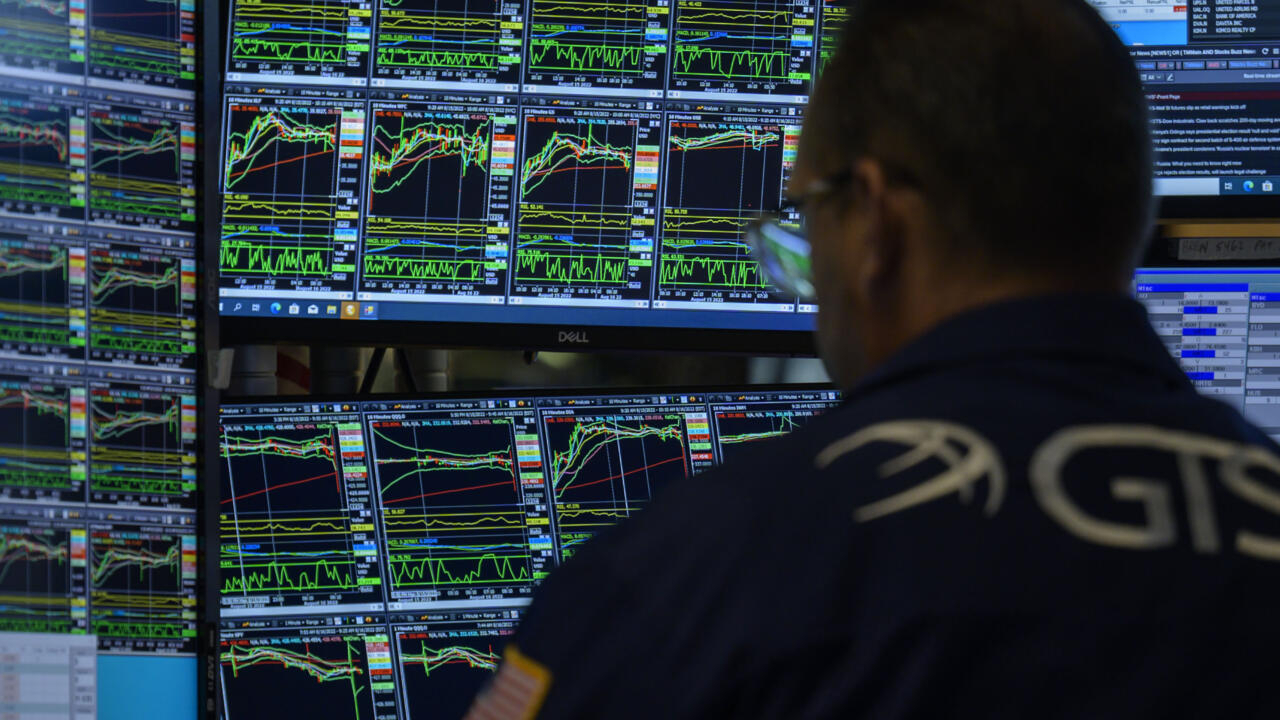 Dow Jones and S&P 500 put an end to a series of six negative sessions in a row on Wednesday, which began with the communication from the American central bank (Fed) and the rise in its key rate a week ago.

For Angelo Kourkafas, of Edward Jones, "the news of the day was the surprise intervention of the Bank of England on the bond market".

The institution announced that it would buy up outstanding government bonds in an attempt to stabilize the market, which had seen the yield on ten-year British sovereign debt rise to 4.59%, for the first time. for almost fourteen years.

"This intervention calmed the market and caused a reversal of the inflection that we had observed earlier in the day", according to the analyst.

The sudden exit of the Bank of England caused a violent contraction of British rates and the movement spread to the entire bond market, including the United States.

The yield on ten-year US government bonds, which had just crossed 4% for the first time in more than twelve years, thus fell back to 3.72%.

"This historic decision by the Bank of England underlines the risk that the Fed (American central bank) is going too fast" in its monetary tightening cycle, at the risk of bringing down the economy and unbalancing the financial markets, according to Angelo Kourkafas .

For Nick Reece, of Merk Investments, "given the concern over the instability of the financial markets, it is possible that the Fed and the Bank of England will give up reducing their balance sheets" and continue to buy outstanding bonds to appease operators.

If he does not believe in this scenario, Angelo Kourkafas does not exclude "comments (from members of the Fed) which would signal a slowdown in rate hikes" to avoid destabilizing the market.

The operators have also changed their forecasts and are now counting on a rise in the key rate of one point at most on the last two meetings of the Fed this year, in November and December, when they saw rather 1.25 point a week ago.

The prospect of a repurchase of bonds by the Bank of England has dangled an increase in the liquidities available on the market and stimulated the appetite for risk, at half mast in recent weeks, analyzed Nick Reece.

Netflix (+9.29% to 245.20 dollars) benefited from an increase in recommendation from Atlantic Equities, which expects massive fallout from the upcoming opening of the platform to advertising.

Against the tide, Apple suffered (-1.27% to 149.84 dollars) following information from the Bloomberg agency that the Cupertino (California) group lowered its production target of the iPhone 14 by the end of the year, due to lack of sufficient demand.

Apple is the only Dow Jones stock to end down on Wednesday.

The Biogen laboratory soared 39.85% (to 276.61 dollars) after the publication of encouraging results for its new drug Lecanemab against Alzheimer's disease, developed jointly with the Japanese Eisai.

The phase 3 clinical study, the last before marketing authorization, shows that the treatment is 27% more effective than a placebo in slowing the progression of the disease.

Bank stocks benefited from the ebb in bond rates, the sharp acceleration of which in recent weeks threatened to reduce demand for credit, particularly real estate.

JPMorgan Chase (+2.02%) and Goldman Sachs (+3.23%) have thus recovered after a delicate sequence for two weeks.

After a difficult first step on Tuesday (-12.14%) for its first trading session, LiveWire, the electric motorcycle subsidiary of the legendary American manufacturer Harley-Davidson, continued its uncontrolled skid and dropped 10.91% to 7.35 dollars.